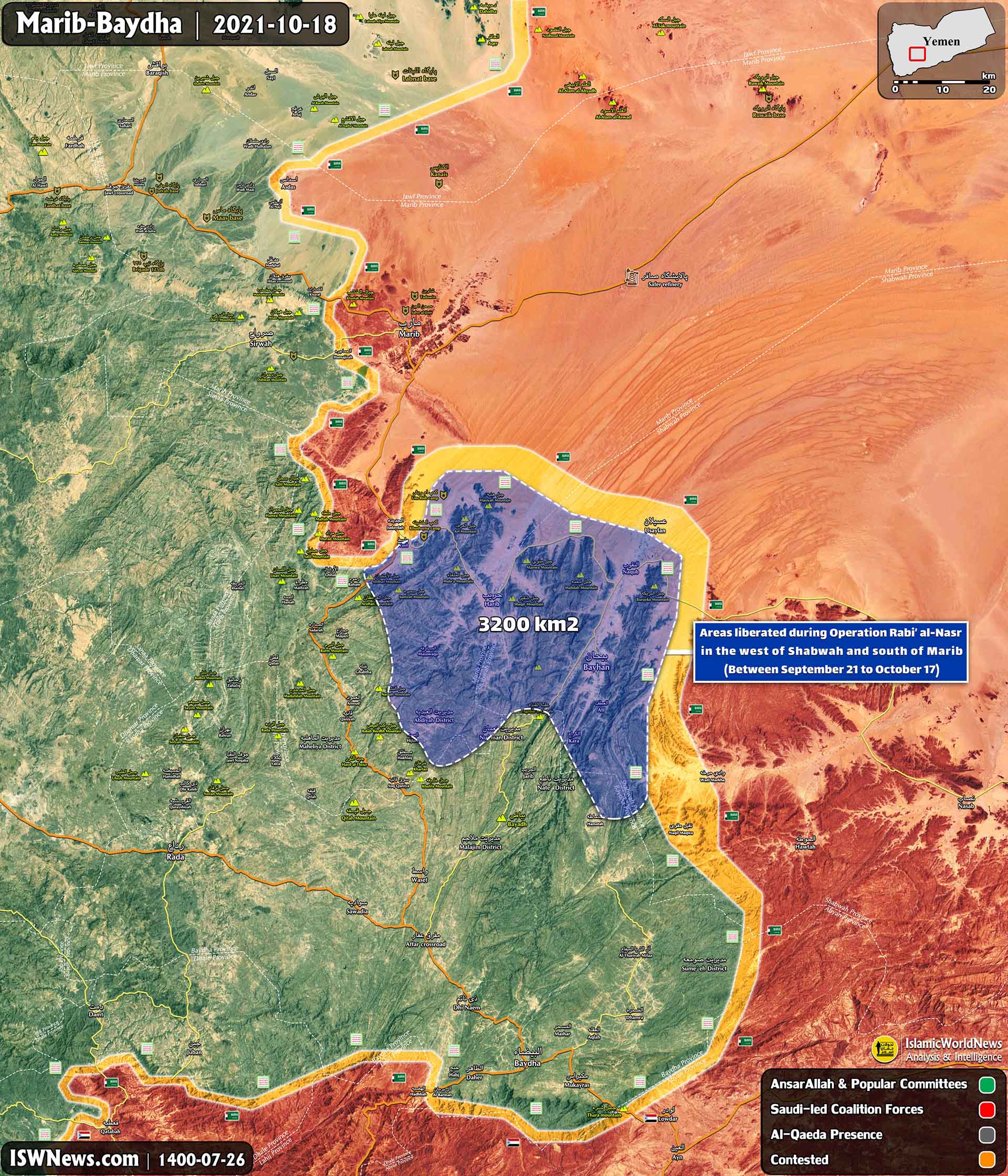 ISWNews Analysis Group: Ansar Allah and the popular committees liberated an area of nearly 3,200 square kilometers from Saudi-led forces during “Operation Rabi’ al-Nasr” in the south of Marib and west of Shabwah provincec between September 21 and October 17.

Hundreds of mercenaries, including members of al-Qaeda and ISIS, have been killed, wounded and captured, and large quantities of enemy weapons have been seized.

The Armed Forces welcomes the role of the honorable tribes of Marib and Shabwah, as well as the responsible position of the people of the two provinces towards their homeland against the invaders and occupiers.
The armed forces emphasize that they will continue their jihadist duty until the aggression is stopped, the siege is lifted and the freedom and independence of our people is achieved.”

Prior to Operation Rabi al-Nasr, Ansar Allah carried out Operation Al-Nasr al-Mubin in three stages in the provinces of Marib and al-Baydha.
Ansar Allah succeeded in liberating most of al-Zaher and al-Sawma’ah administrations in al-Baydha province in the first phase of Operation Al-Nasr Al-Mubin, which began on July 1 this year.
In the second phase of the operation, which began on July 20 and lasted for several days, the administrations of Nate’ and Nu’man in the north of al-Baydha were liberated from the control of the Saudi coalition.
In the third phase, the Maheliyah and Rahba administrations in the southern province of Marib were liberated from the control of the Saudi coalition.

Therefore, Operation Al-Nasr Al-Mubin can be considered as the background for the operation of Rabi Al-Nasr, which shows the precise and calculated movement of Ansar Allah towards Marib.