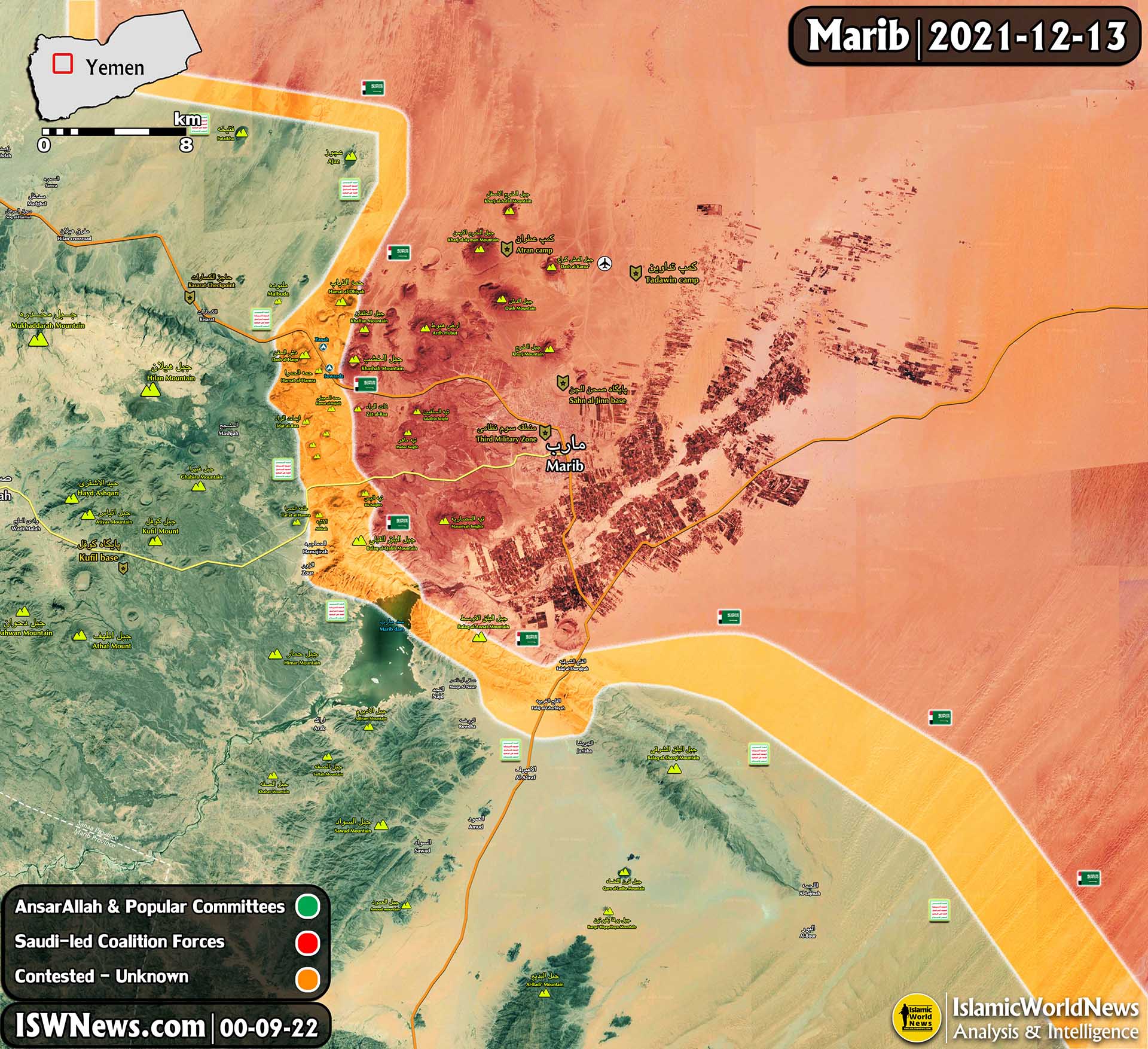 ISWNews Analysis Group: Heavy fighting between Ansar Allah and the Saudi-led forces continues in the al-Balaq al-Sharqi mountain, south of the city of Marib.

According to the latest news from the southern fronts of Marib, clashes between Ansar Allah forces and the Saudi-led forces continue in the al-Balaq al-Sharqi and a-Balaq al-Awsat heights and around al-Jarisha and al-Falaj al-Gharbi point. The Saudi coalition forces have retreated from most of al-Balaq al-Sharqi height, but fighting continues in the western part of the mountain.

In recent days, there have been rumors that Ansar Allah is advancing in the southern neighborhoods of Marib city, as well as the liberation of the al-Qaeda camp in Marib, which is not true.

Ansar Allah is moving troops and logistics to the southern and western regions of Marib city, and the forces are waiting for an order to launch the final operation to liberate the remaining areas in Marib.

Today, one of the most important commanders of the Saudi coalition, Major General Nasser al-Dhibani, the head of the operations department of the Ministry of Defense of Mansour Hadi’s government, and 26 other members of the Saudi-led forces were killed in the al-Balaq al-Sharqi clashes.

On the other hand, the commander of the 2nd Mountain Infantry Brigade of Ansar Allah in the third military zone, Ali Mohammad Alwan, was killed in the battles of Marib.

The Saudi coalition media also issued statements claiming that 200 Ansar Allah members had been killed and 21 military vehicles destroyed in the recent clashes in the south of Marib. Although the statistics and information released by the Saudi coalition regarding the Ansar Allah casualties are not reliable, but ISWNEWS can confirm that the clashes in the eastern al-Balaq al-Sharqi mountain is fierce and bloody, with casualties on both sides.

Saudi coalition warplanes are also heavily bombarding desert areas south of the city of Marib and other areas in the al-Juba and Sarwah districts. So that in the last 4 days, these areas have been bombed more than 120 times.