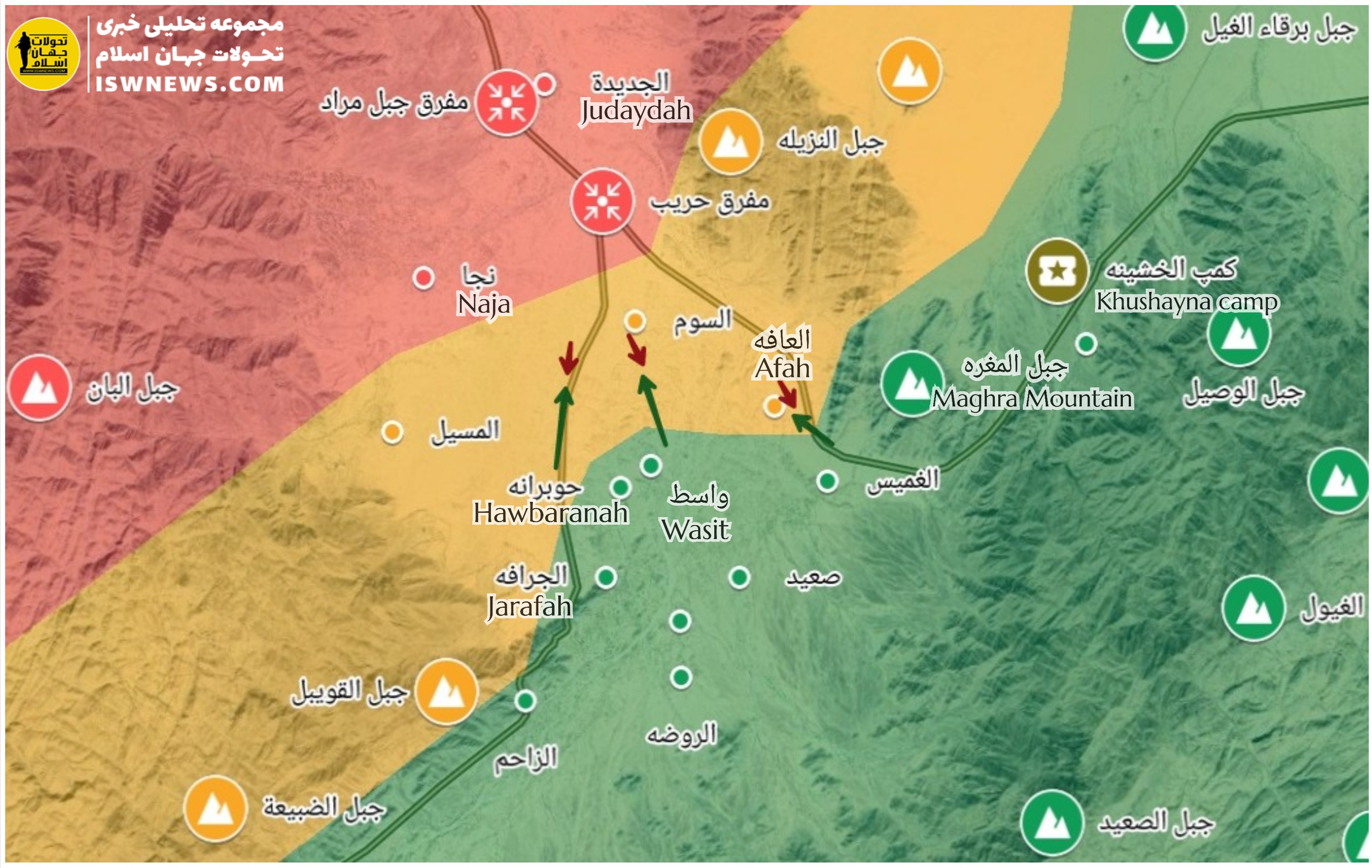 Currently, the clashes for the liberation of Judaydah town, the center of al-Jubah district continues. Also last morning, Ansar Allah carried out a missile attack on a gathering of Saudi-led forces in the al-Ghamis area, during which one of Mansour Hadi’s field commanders, Abbas Ghalib al-Ajdal, was killed along with a number of other Mansour Hadi forces.

In the last 72 hours, Saudi coalition warplanes have bombed Abdiyah district 85 times, al-Jubah district 4 times, Qaniyah area 4 times in Maheliyah district and Sarwah district 2 times, which has dramatically increased in volume compared to the previous days and weeks.
The Saudi coalition is trying to stop Ansar Allah attacks with brutal and heavy bombardment, which has not had a serious impact on Ansar Allah movements so far and has only slowed down the developments in the south of Marib.