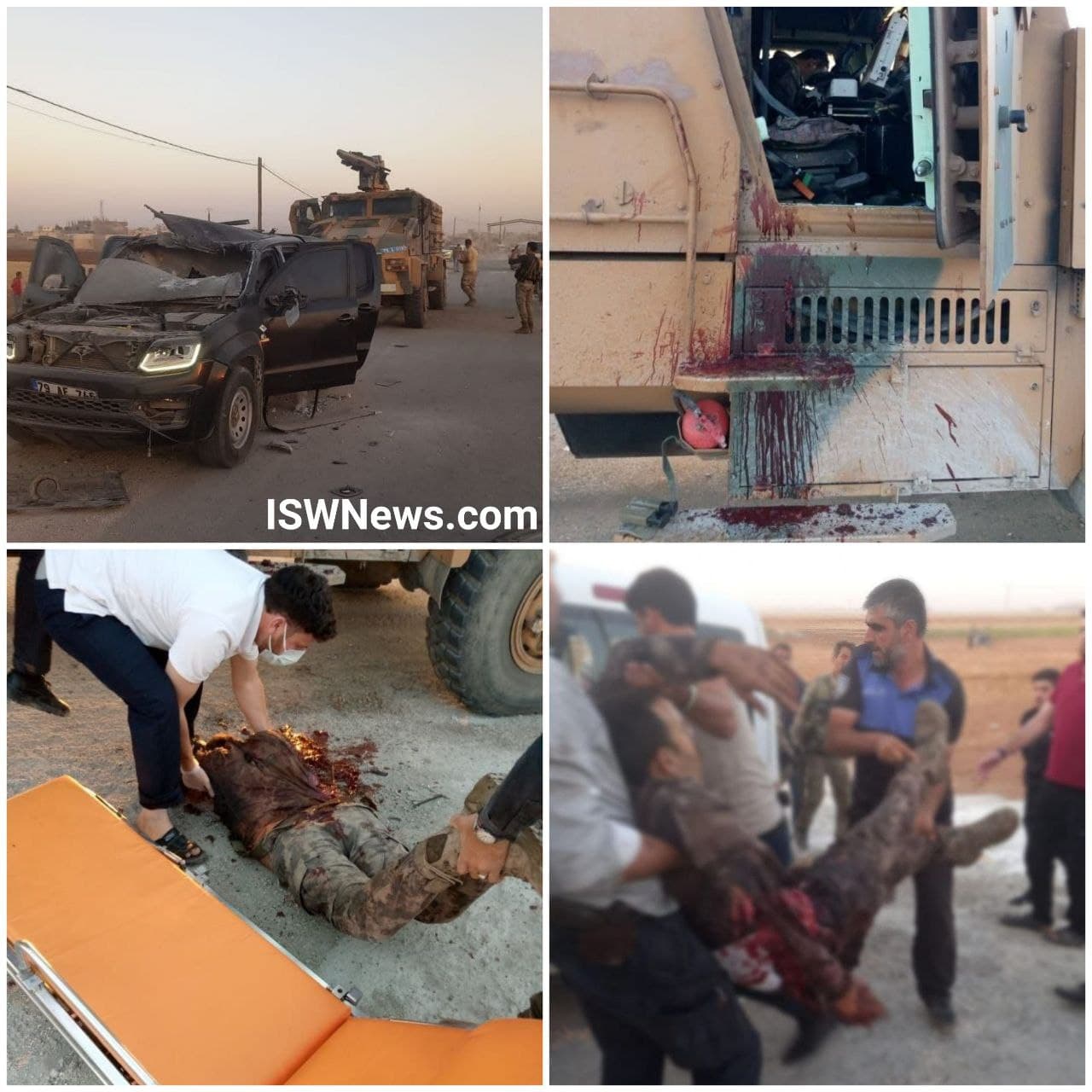 ISWNews Analysis Group: Two Turkish soldiers were killed and four others were injured when a Turkish military vehicle was hit by a guided missile on the outskirts of Mare’ in north of Aleppo province.

A Turkish military vehicle was targeted by an ATGM on the outskirts of Mare’, killing two Turkish soldiers and wounding four others. No group has claimed responsibility for the attack, but it is believed that the operation was carried out by the Afrin Liberation Forces.

It is worth mentioning that on October 5, a Turkish Army vehicle was targeted by a roadside bomb by the Ansar Abi Bakr al-Siddiq group in the south of Idlib.