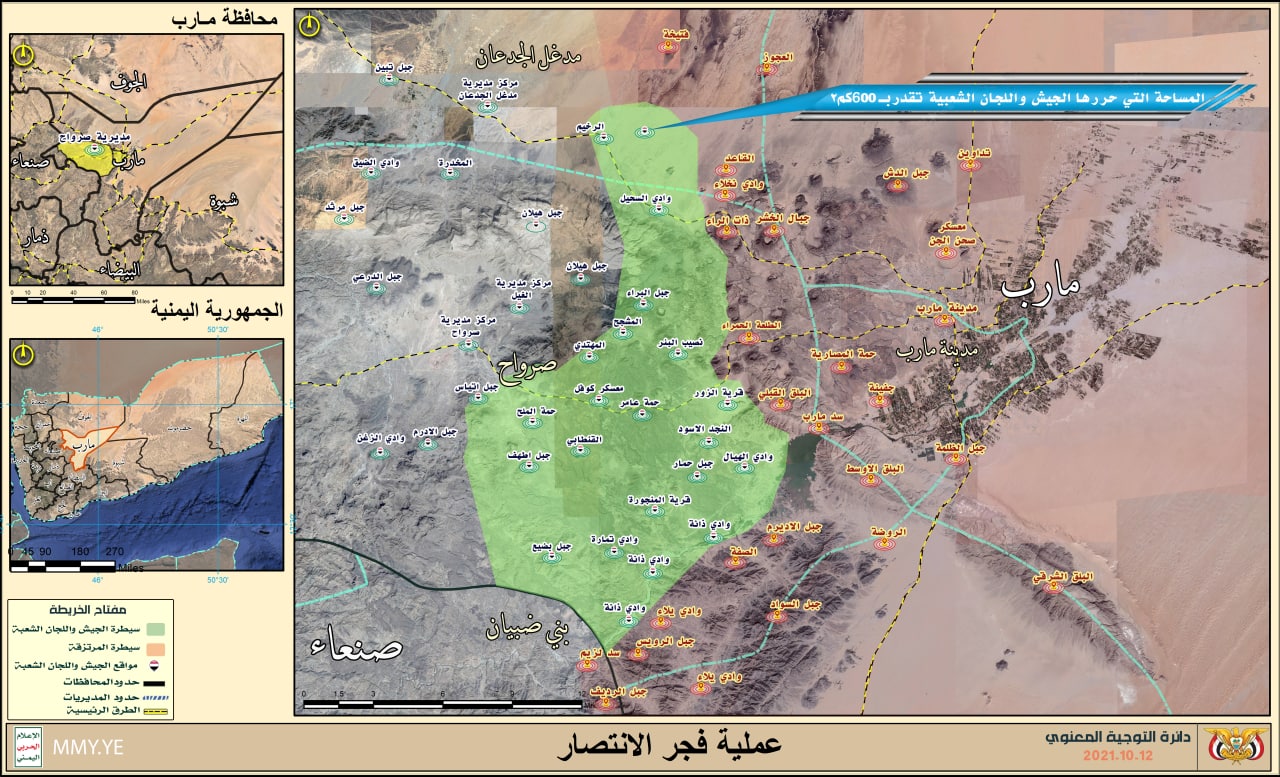 The Brigadier General said at the conference:
After the success of Operation Ba’s al-Shadid (in the western part of Marib province), the armed forces launched Operation Fajr Al-Intisarat to liberate other areas in Marib Province.
In the instructions of the operation, we had informed the fighters not to shoot any mercenaries and traitors who left the front and fled the war.

Thanks to God, our forces were able to liberate a total area of ​​600 square kilometers in this operation.
The aggressor coalition carried out 948 airstrikes on civilian homes and public roads. But the intensification of enemy airstrikes did not prevent the Mujahideen heroes from continuing their operational duties.
In air defense, our Mujahideen managed to shoot down six spy drones, including American-made drones.

The air defense forces were also able to shoot down 11 enemy reconnaissance drones, confusing the enemy and thwarting many of their air operations. The air defense also responded to more than 518 operations by flying enemy aircraft, forcing them to leave the area.

Approximately 300 military vehicles, armored vehicles and personnel carriers, in addition to 850 weapons and 4 weapons depots, were destroyed.
Approximately 5,650 enemy mercenaries were killed, wounded and captured during the operation, including 1,300 killed, 4,320 wounded and 30 captured.

Addressing the enemies, we say that Marib is not a Saudi province, a British province or an American state. Marib is Yemani and Yemeni, with noble tribes and free people. Our battle against you will continue until you are expelled from the occupied parts of our beloved country.