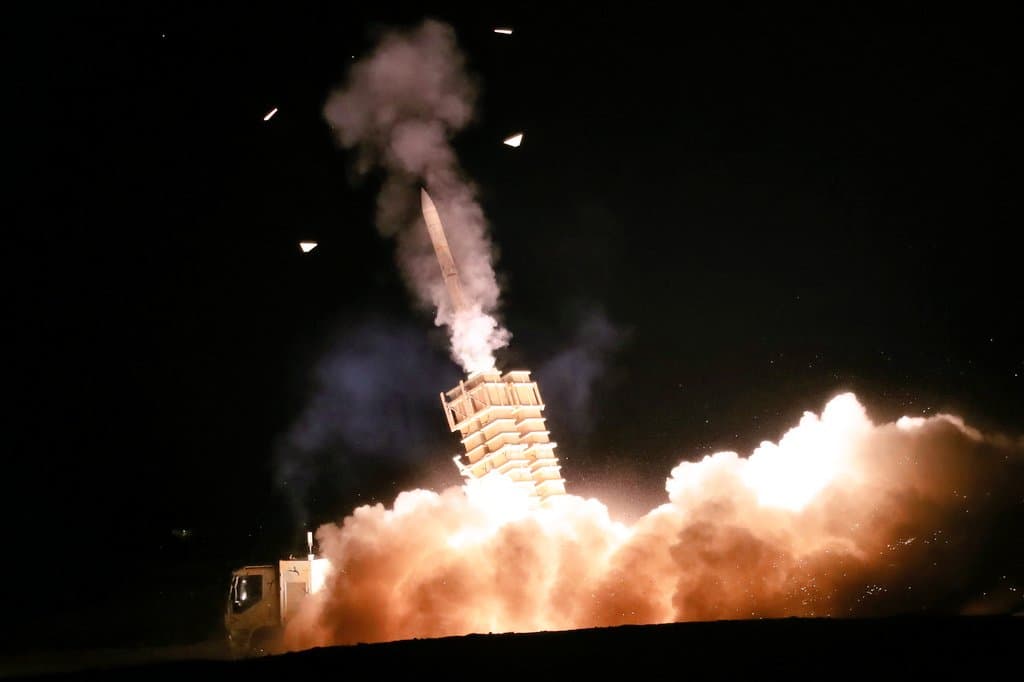 The joint air defense exercise of Modafe’an-e Aseman-e Velayat 1400 was carried out by the Army Air Defense and Air Force and IRGC Air Force in the central desert of Iran using a variety of indigenous missile and air defense systems. In this exercise, defense systems, electronic warfare and reconnaissance and communication systems, etc., were used. And predetermined targets were destroyed by indigenous systems such as 3rd of Khordad, 15th of Khordad, Mersad 16, Tabas, Majid, Dezful, Talash, Sayad, Joshan and Khatam, And various tactics of electronic warfare and cyber warfare were implemented to counter the electronic attack of the imaginary enemy.

Also, for the first time, the native Quds radar belonging to the IRGC Air Force was used in this exercise. This radar is capable of observing targets at a range of more than 500 km and an altitude of more than 90,000 feet.

Brigadier General Qader Rahimzadeh, Commander of the Joint Air Defense Base of Khatam al-Anbiya (PBUH), said regarding the objectives of the exercise: “The overall goal of this exercise will be to improve combat readiness and increase the air defense forces in the form of an integrated air defense network.”

Brigadier General Amir Ali Hajizadeh, Commander of the Air Force of the Islamic Revolutionary Guard Corps, also said on the sidelines of the exercise: “All the systems used were completely Iranian. We did not have this situation 15 years ago, in other words in radars, command and control systems and surface-to-air missile systems we were dependent on foreign equipment, while today, thank God, we have all this equipment in our native and Iranian form.”

It should be noted that this exercise is held every year with the joint presence of the IRGC and the Army of the Islamic Republic of Iran in order to increase combat capability, readiness, coordination between forces and the use of new equipment and weapons. Modafe’an-e Aseman-e Velayat 1400 was the 11th exercise of its kind.