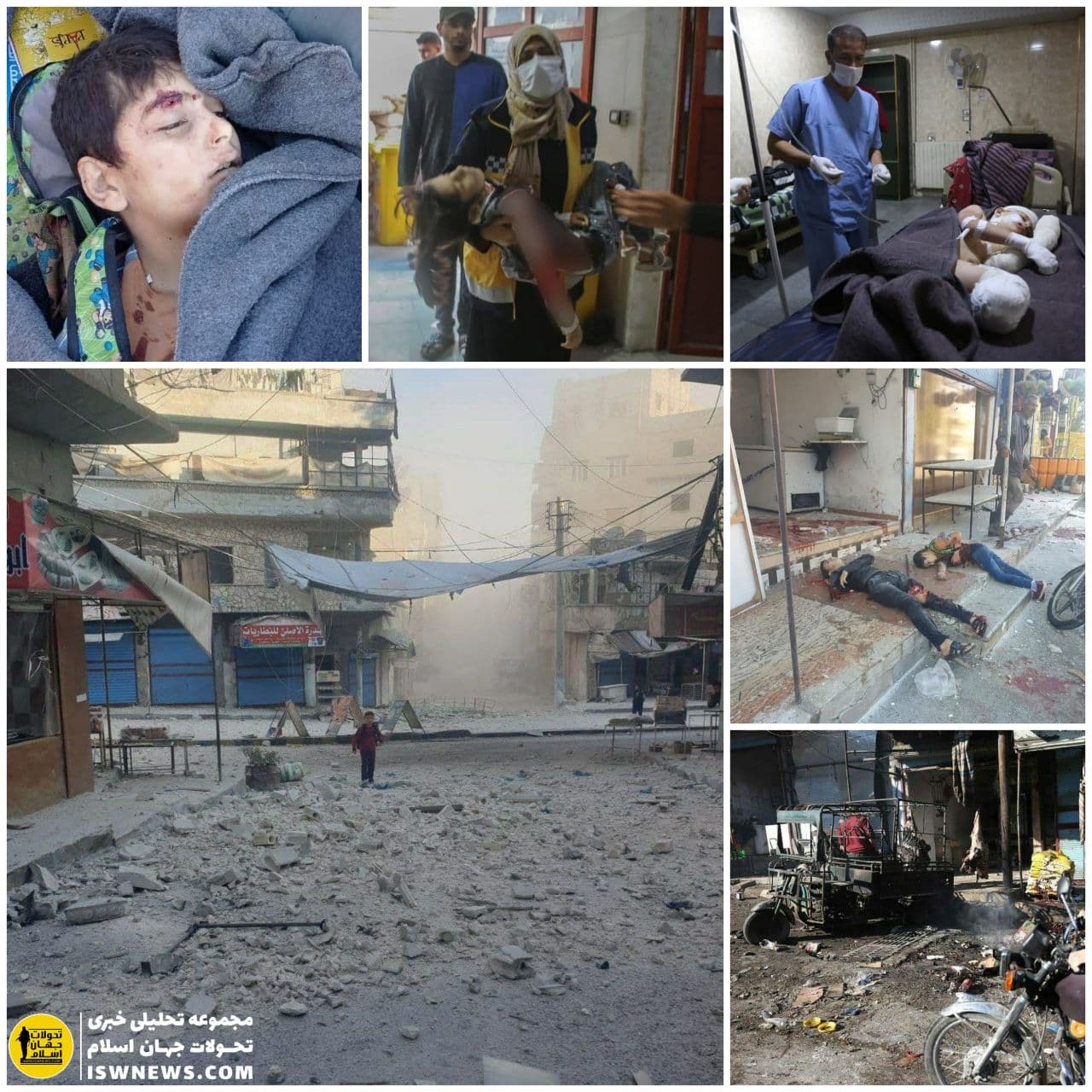 ISWNews Analysis Group: A number of civilians were lost their lives and several other were wounded as a result of Syrian Army artillery attacks on a bazaar in the town of Ariha in Idlib province.

On October 20, the Syrian army artillery targeted a market in the town of Ariha, south of Idlib, killing at least 10 civilians and wounding 40 others. Among the names of the martyrs are several children and a teacher. They were crossing the bazaar on their way to school when they were killed in artillery fire.

Towns and areas near the Syrian army and the militants contact lines are under daily artillery fire and exchange of fire. However, even though due to the bad history of militants, the inhumane acts are not far from them, but, the Syrian army’s attack on the civilian market in the town of Ariha is not acceptable has no plausible justification and must be investigated.