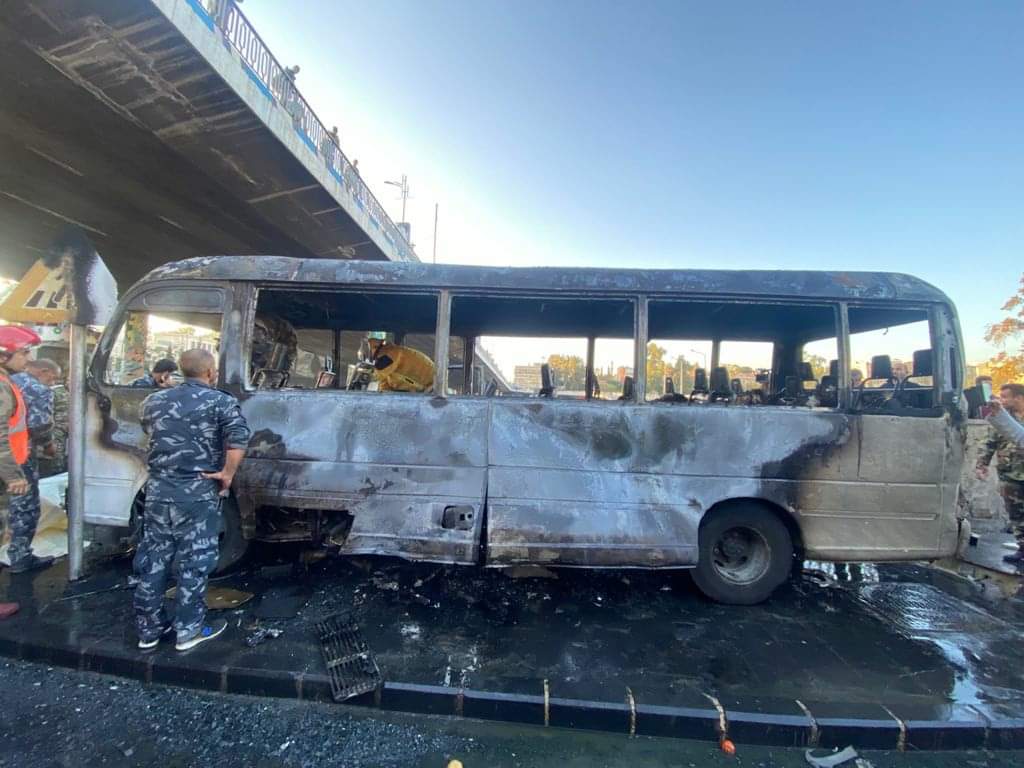 ISWNews Analysis Group: More than 16 people were killed and wounded by a terrorist explosion on a bus carrying Syrian Army troops in Damascus.

At 6:45 a.m. two explosions occurred near a bus carrying Syrian army troops near the Presidential Bridge in central Damascus, killing 16 people and wounding several others. A third bomb is said to have been discovered in the area, which was defused by the Syrian military.

The Saraya Qasioun group has claimed responsibility for a terrorist attack.