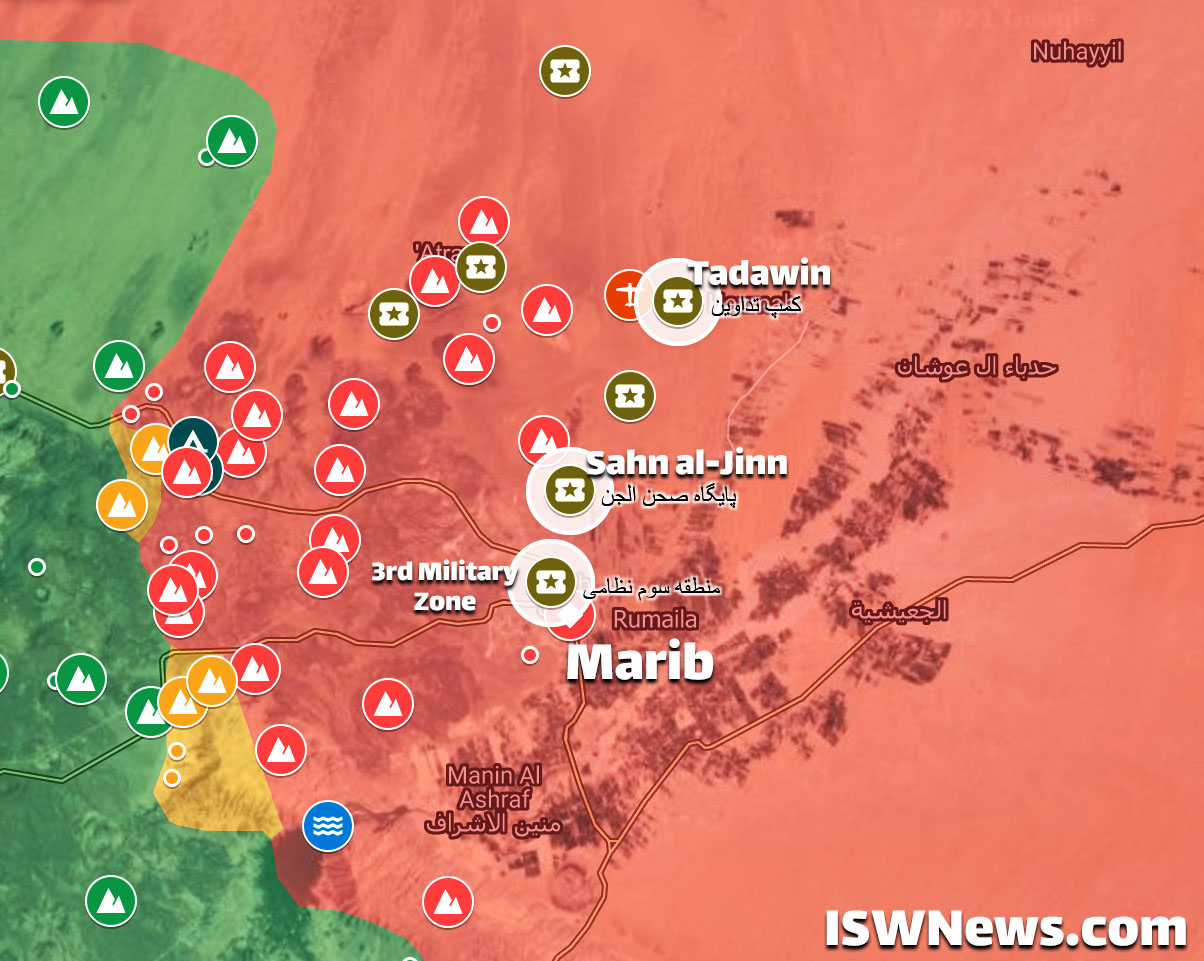 So far, no details have been released on the number of casualties and damage caused by the Ansar Allah missile attack.

The attack is Ansar Allah’s fourth missile operation against positions of Saudi coalition in Marib in a week.

With the liberation of the southern regions of Mairb province during Operation Rabi al-Nasr, the three bases of Sahn al-Jinn, Tadawin and the Third Military Zone are the only remaining military points in the control of the Saudi coalition in Marib province.

A video has been released related to Ansar Allah’s missile attack on the Sahn al-Jinn military camp tonight, and it is said that the Saudi coalition’s weapons depots in the camp were targeted by the Ansar Allah missiles.