Yemenis Mass Demonstration Against the US Crimes 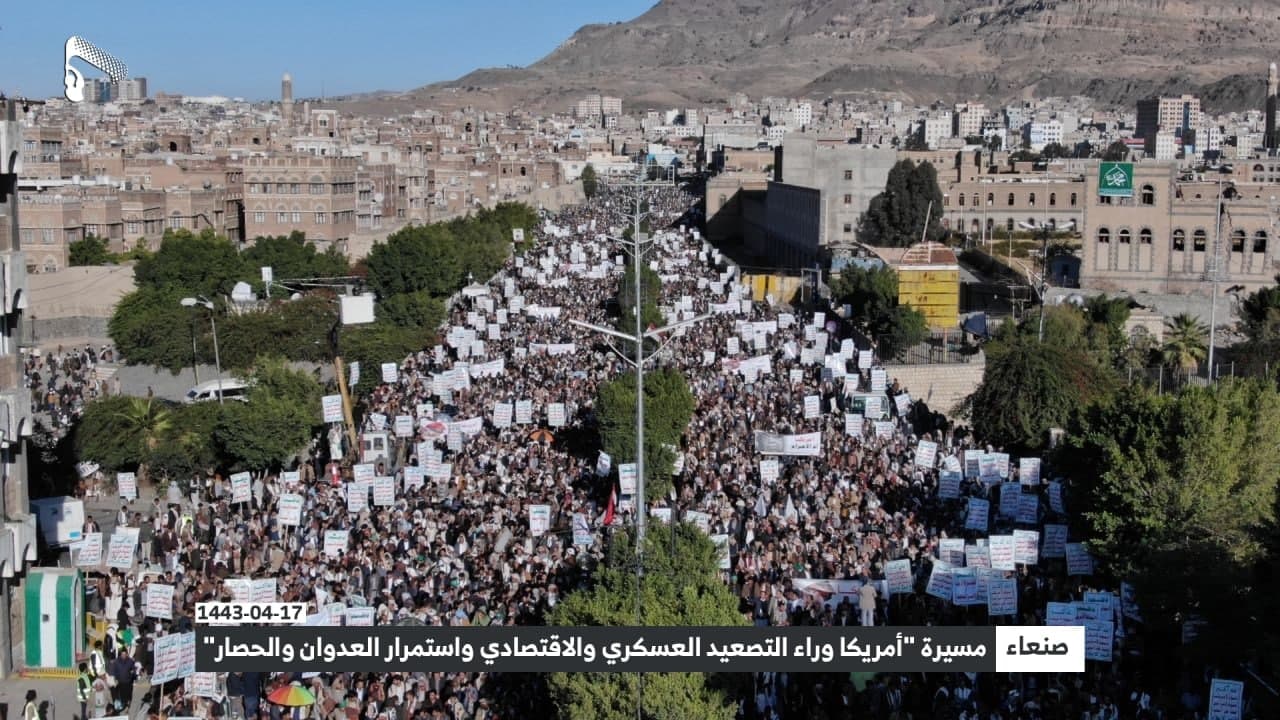 ISWNews Analysis Group: Thousands of Yemeni people staged large-scale protests against the recent US sedition to intensify the Saudi coalition attacks on Yemen, as well as the continuing siege of the country.

Mohammad Ali al-Houthi, a member of the Yemeni Supreme Political Council, said during the demonstration:
“The Saudi regime and the UAE cannot commit such aggressions without the United States. Saudi Arabia can not even build a kite, let alone build F-15 and F-16 fighters.
The United States is the basis of the aggression against our country and the biggest partner in the aggression and siege of our country. America is behind this evil and it is he who kills and destroys Yemen. America is our enemy and will always be our enemy, and we do not see it as more than straw. They claim freedom and democracy, but deliberately block the Yemeni Al-Masirah network.”

Mohammad Ali al-Houthi addressing the Saudi coalition: “Why are you preventing our ships from reaching the port of Al-Hudaydah and closing Sanaa Airport, and why are you stopping bank transfers?
Addressing the resigned government of Mansour Hadi he added: “We do not have apartments in Turkey, Cairo or any other country. Our people are filling the squares of the revolution and the fronts.”