Children murdering by Saudi coalition, this time in al-Mahwit + Images 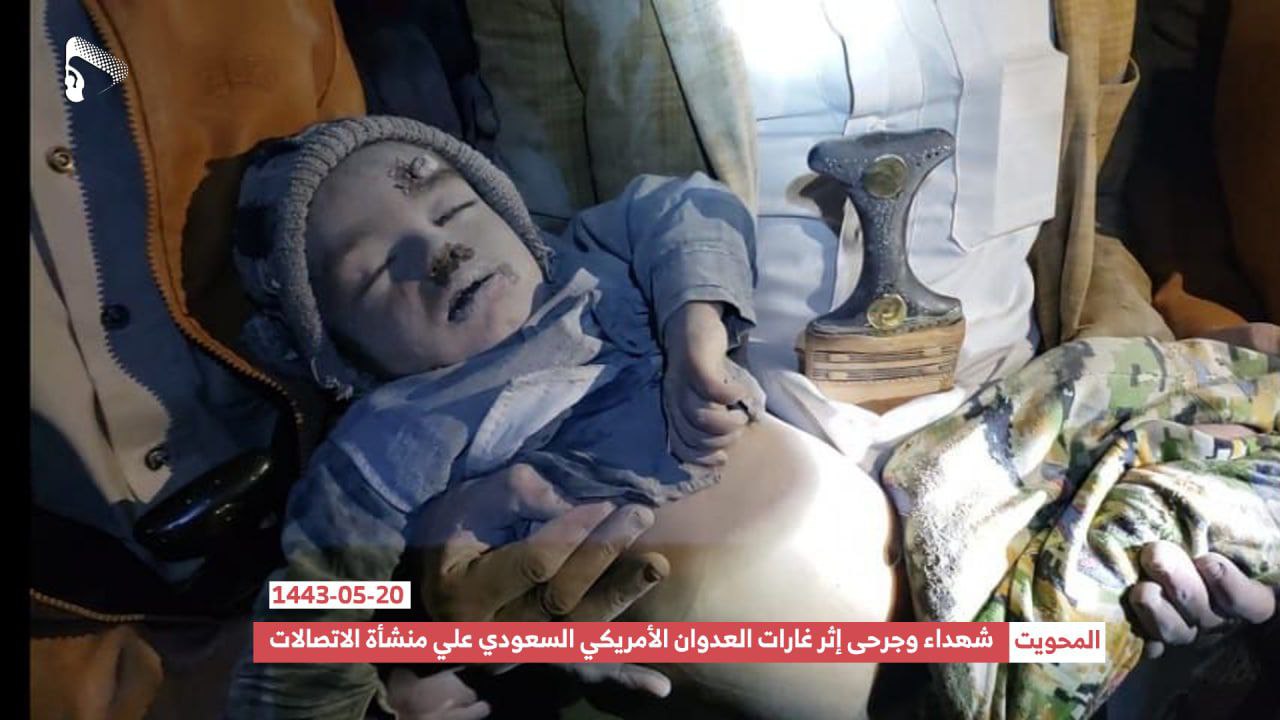 ISWNews Analysis Group: Ten civilians including a child and a woman were killed and wounded by Saudi airstrikes in the al-Mahwit province in Yemen.

On December 24, Saudi coalition warplanes bombed residential areas in al-Mahwit province three times. As a result of these strikes, three people, including a woman and a child were killed and seven others including three children, were injured.

The names of the martyrs and wounded of this crime are as follows:
1- Hana Abdullah Al-Houri, 30 years old.
2- Ahmad Hashem Al-Houri, one and a half years old.
3- Ahmad Saif Ghalib Al-Humairi, 25 years old.

The recent attacks by Saudi coalition warplanes are deliberately and clearly targeting Yemen’s residential areas and infrastructure, and unfortunately, international institutions and Islamic countries have so far not responded to this crimes as expected.