Inauguration of the “Art of Resistance” Exhibition in Gaza + Images 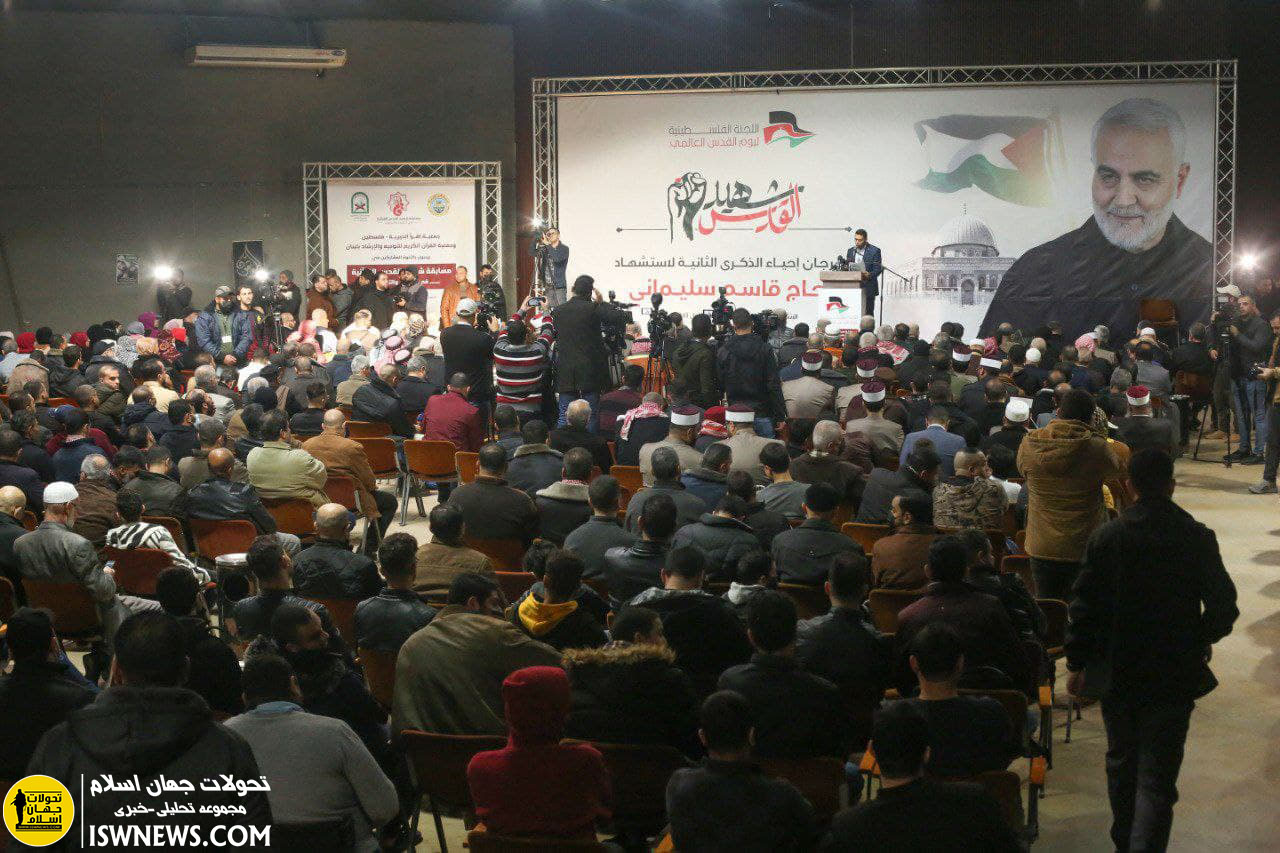 ISWNews Analysis Group: Coinciding with the second anniversary of the martyrdom of General Haj Qasem Soleimani, the World Exhibition of the Art of Resistance was inaugurated in Gaza.

On January 3, the opening ceremony of the World Exhibition Art of Resistance was held in the presence of representatives of Palestinian resistance groups, writers, religious figures and a large crowd. 50 male and female artists from 10 countries participated in this exhibition. Most of the participants’ works were related to issues such as Palestine, Quds and the resistance and release of Palestinian prisoners.

Following the ceremony, the participants paid tribute to the martyr Haj Qasem Soleimani and performed a ceremony to keep the memory of this great martyr alive.

It should be noted that at the same time as the anniversary of the martyrdom of the late Commander of the IRGC Quds Force, pictures of Martyr Haj Qasem Soleimani with the slogan “We are Qasem” were installed in various streets and squares of Gaza.