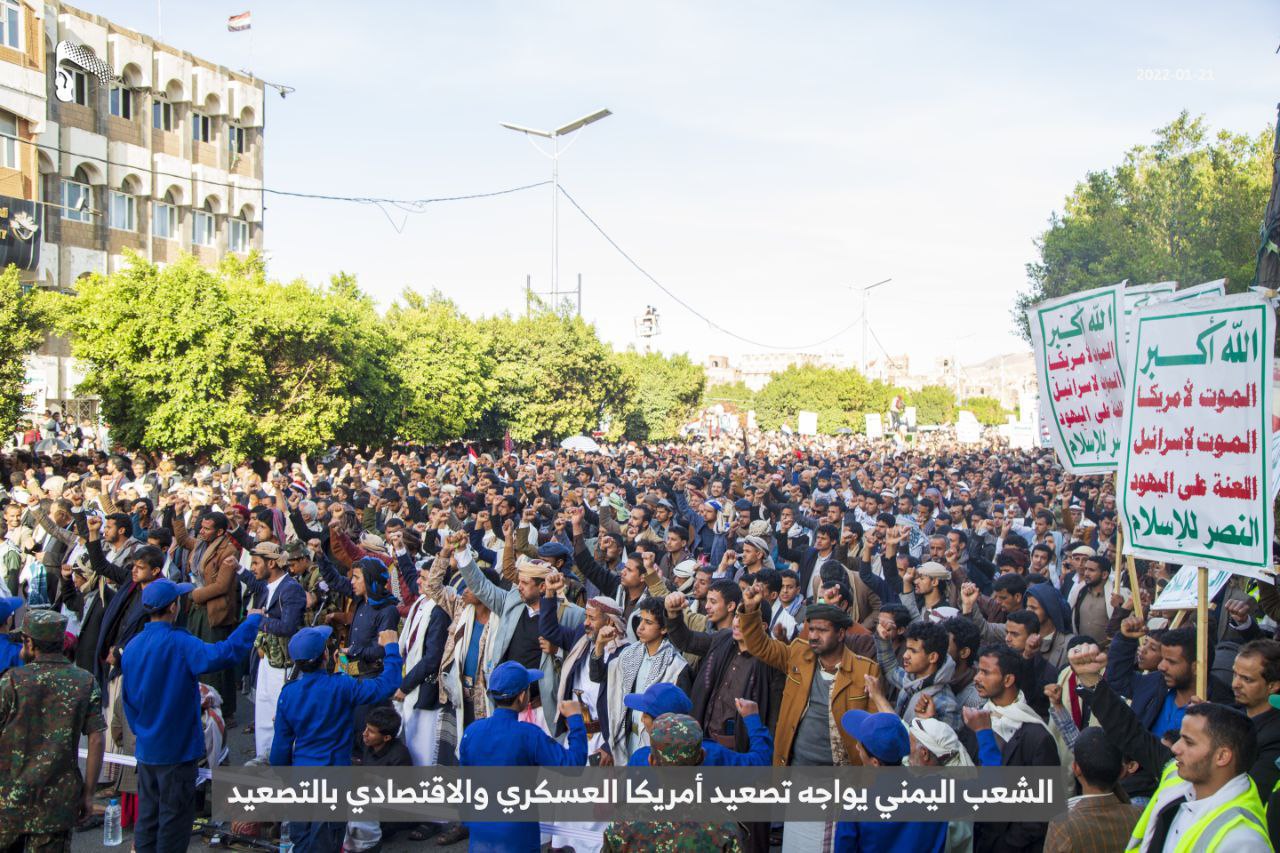 ISWNews Analysis Group: The Yemeni people staged large-scale demonstrations in AnsarAllah-controlled cities to protest the escalation of the war and the military and economic blockade of Yemen by the United States and the Saudi coalition.

On January 21, the Yemeni people staged large demonstrations and rallies in various regions, including Saada, Imran, Dhamar and Sanaa, the capital. They raised the Yemen and Ansar Allah flags and chanted slogans against the United States and Israel and condemned the crimes of the Saudi-led coalition.

The Yemeni people stressed the need to respond to aggression that Saudi coalition committing against civilians, the innocent and public property throughout Yemen.

It should be noted that at least 87 people were martyred and 157 were injured in the bloody strikes of the Saudi coalition in Saada, Al-Hudaydah and Imran provinces yesterday. In response to these crimes, the Yemeni armed forces declared the UAE a legitimate target and demanded civilians to stay away from government facilities and warned that foreign companies to leave the UAE.