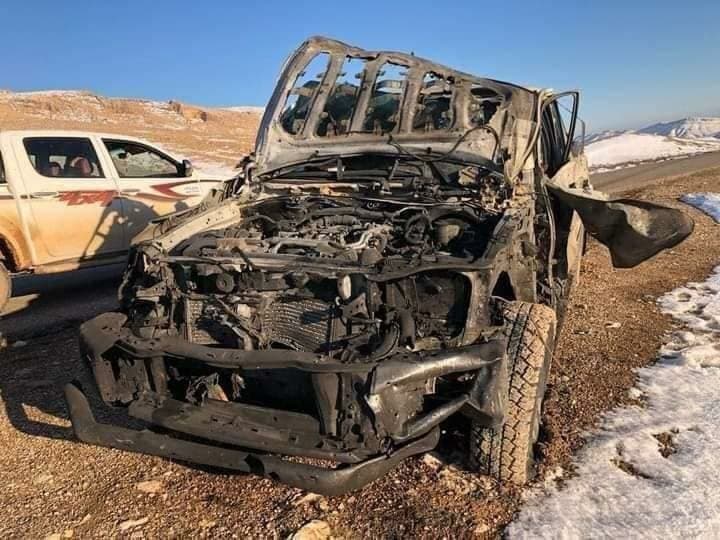 ISWNews Analysis Group: Two YBS militias were killed by a Turkish drone strike on a vehicle of the Sinjar Resistance Forces (YBS) in the outskirts of the city of Sinjar in the western province of Nineveh.

Turkish drones continuously carrying out targeted assassinations of Kurdish militants in Syria and Iraq. Yesterday, two YBS vehicles in the Bab Shalo area on the outskirts of Sinjar were targeted and a field commander and a YBS force were killed. Also several others were injured, two of whom are in critical condition.

Suleiman Yousef, one of the Sinjar resistance commanders, reportedly was the target of the assassination.

On August 17, Turkish military drones targeted a vehicle belonging to PMU commanders and Kurdish groups in Sinjar. In that attack, Saeed Hassan Saeed, a former Yazidi commander of the YBS, who had joined Hashad al-Shaabi (PMU) in the form of the 80th Brigade in recent months, was martyred and three others were wounded.