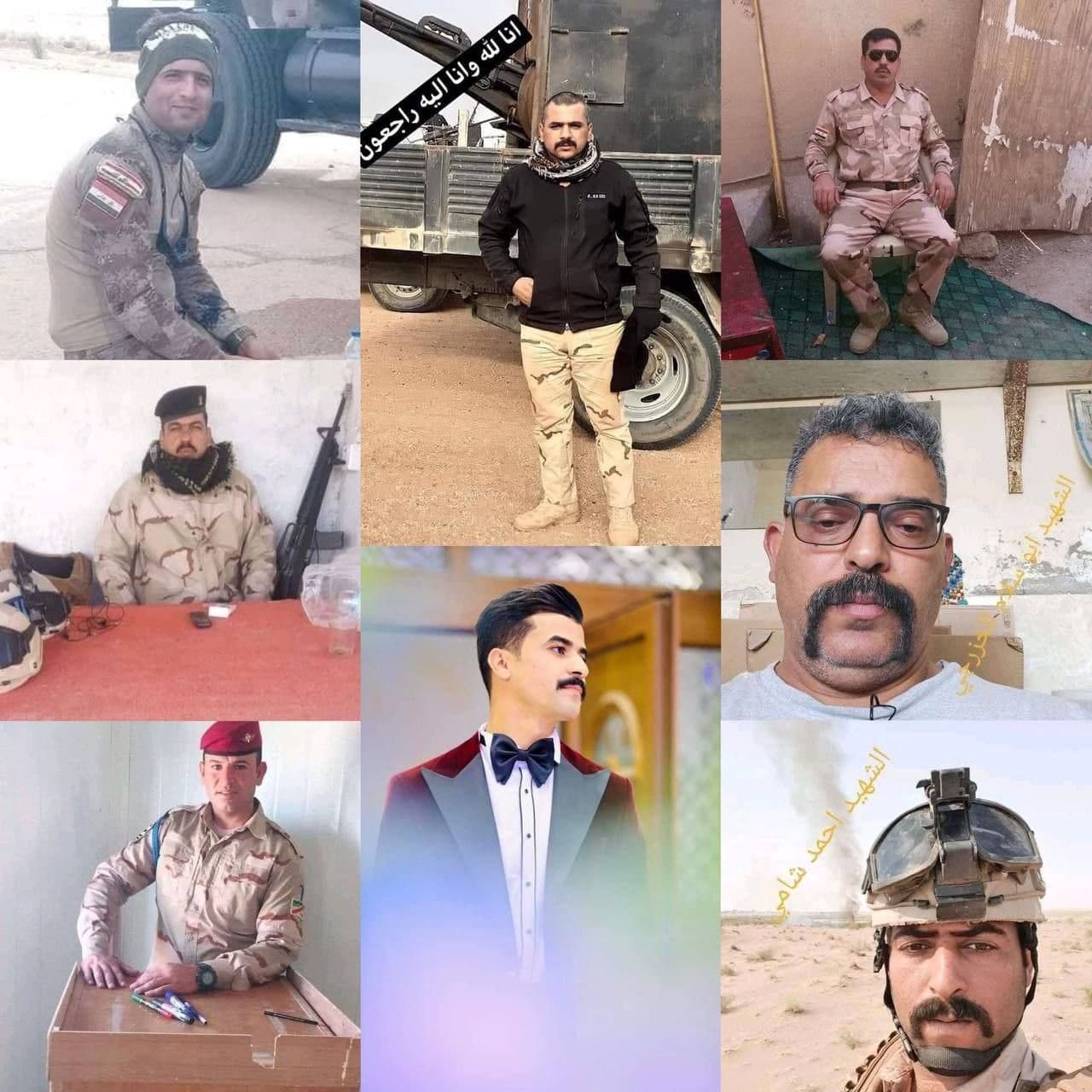 At dawn Friday, ISIS terrorists attacked one of the Iraqi army’s 1st Division headquarters between the villages of Al-Tala’a, Wam and Al-Karami, west of the Al-Adhim area in Diyala province. 10 soldiers and an army officer (1st lieutenant) were martyred.

The terrorist attack took place with the use of semi-heavy weapons and sniper rifles.