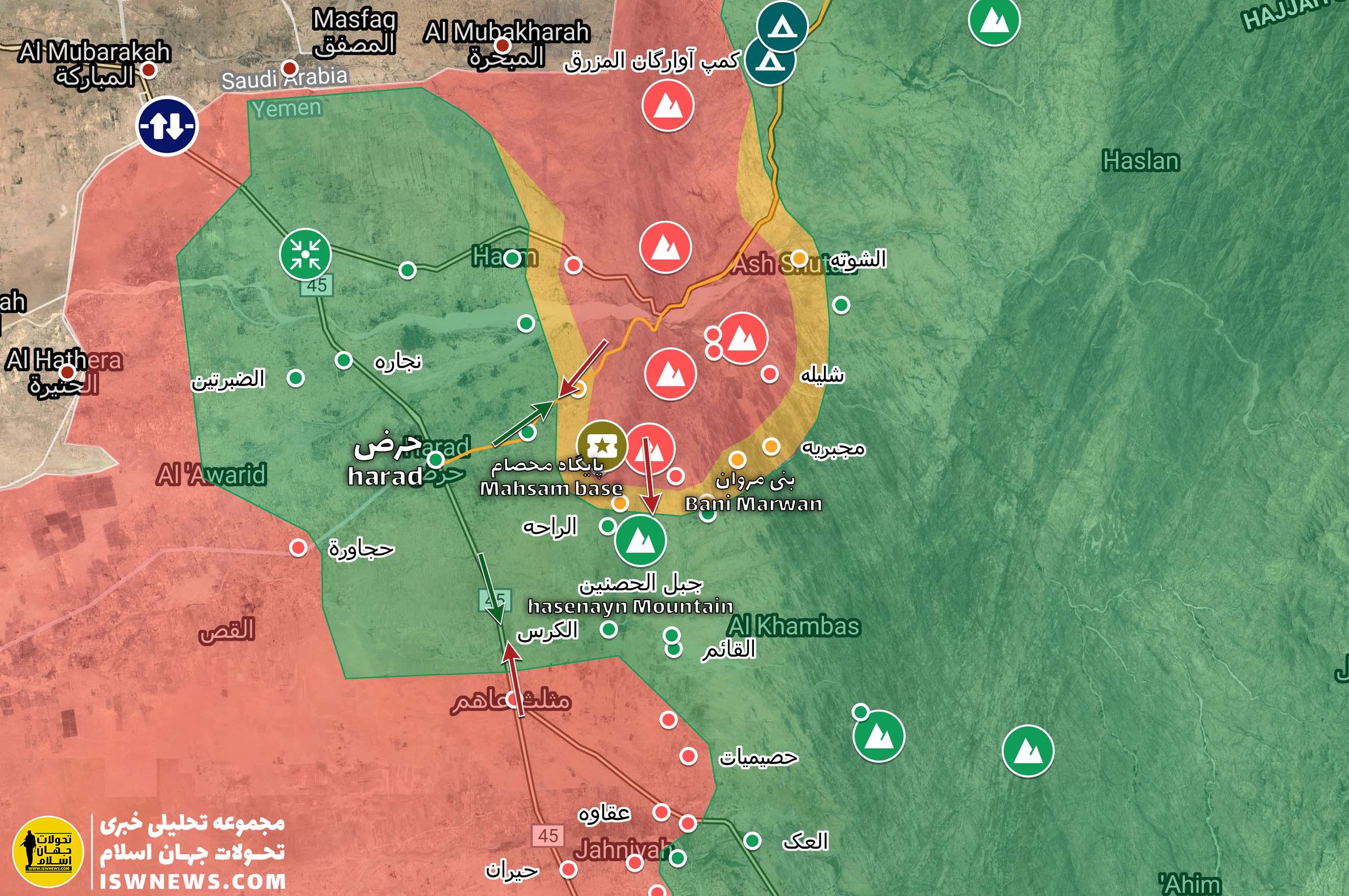 ISWNews Analysis Group: The Saudi-led forces has launched heavy attacks to seize the city of Haradh in the north of province of Hajjah.

According to the latest news from the northern front of Hajjah province, the Saudi coalition has launched new attacks since yesterday, February 5, to complete the siege of the city of Haradh. Accordingly, the Al-Mahsam military point in the eastern direction of the city of Haradh came under the control of the Saudi-led forces.
The Mahsam point used to be the border point of the Yemeni army in the northern province of Hajjah, and has been completely destroyed by Saudi warplanes in recent years. Therefore, the announcement of the domination of this point has a media aspect and does not affect the process of conflicts.

Currently, clashes are taking place in the suburbs of Bani Marwan village, Jabal al-Mahasam and north of the Ahem triangle, and the town of Haradh is under the control of Ansar Allah. The Saudi coalition has declared the Haradh district a military zone, and its warplanes have bombed the Haradh fronts 15 times in the past 48 hours.

As long as Hasenayn mountain, the village of Mahsam and the valley of Haradh are under the control of Ansar Allah, the fall of the city of Haradh is not possible. Aware of this, the coalition has focused its attacks on Hasenayn mountain and the surrounding villages to complete the siege or force Ansar Allah to retreat.