Details of the Jeddah port explosion by the United Nations 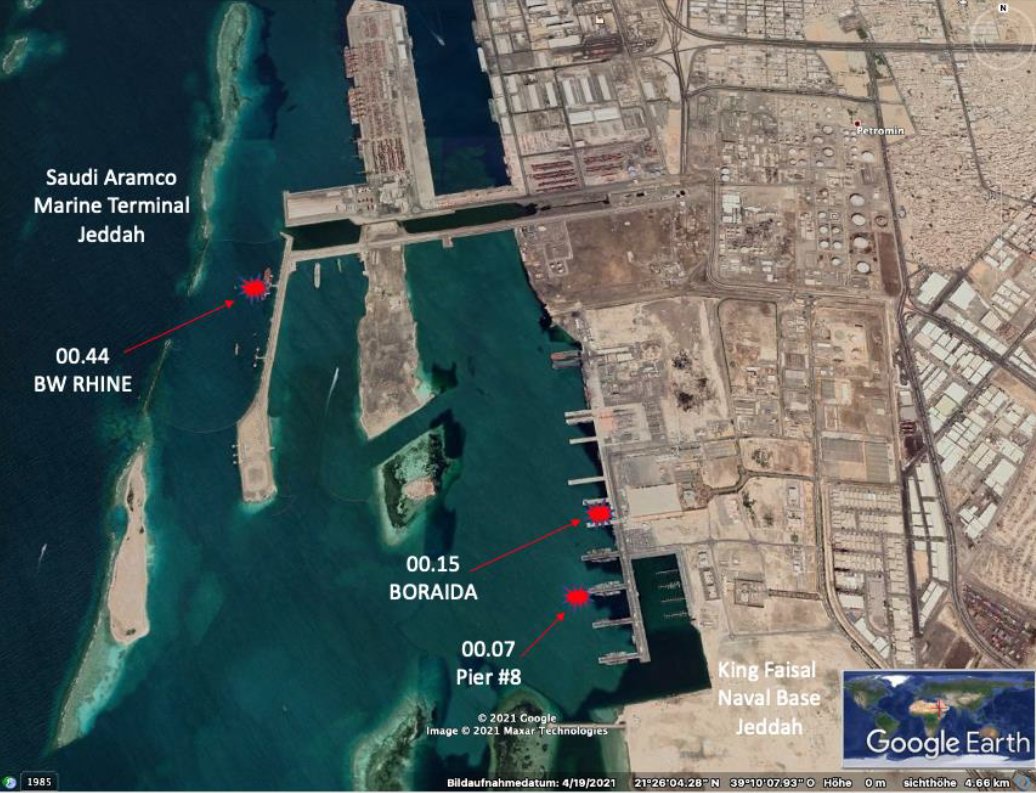 ISWNews Analysis Group: According to the United Nations, a ship belonging to the Saudi Navy was also damaged during the Ansar Allah WBIED attack on Singaporean BW Rhine tanker off the coast of Jeddah.

Another ship was also subjected to WBIED attack on Jeddah port on December 14, 2020, according to the United Nations.

The tanker is named “BORAIDA” and belongs to the Saudi Navy. As a result of this explosion, the hull on the right side of the “BORAIDA” tanker was seriously damaged, and a year after the attack, it is still anchored at Pier #8 of the King Faisal Naval Base.

It should be mentioned that the BW Rhine tanker belonging to Hafnia Singapore Company was unloading diesel fuel loaded from Yanbu refinery in Jeddah port in the morning of December 14, 2020, when it was attacked by Ansar Allah suicide boat. The blast did not cause oil spills or pollution to the sea, but the ship’s hull was severely damaged by the fire.

Read more: British tanker has been hit in Jeddah port