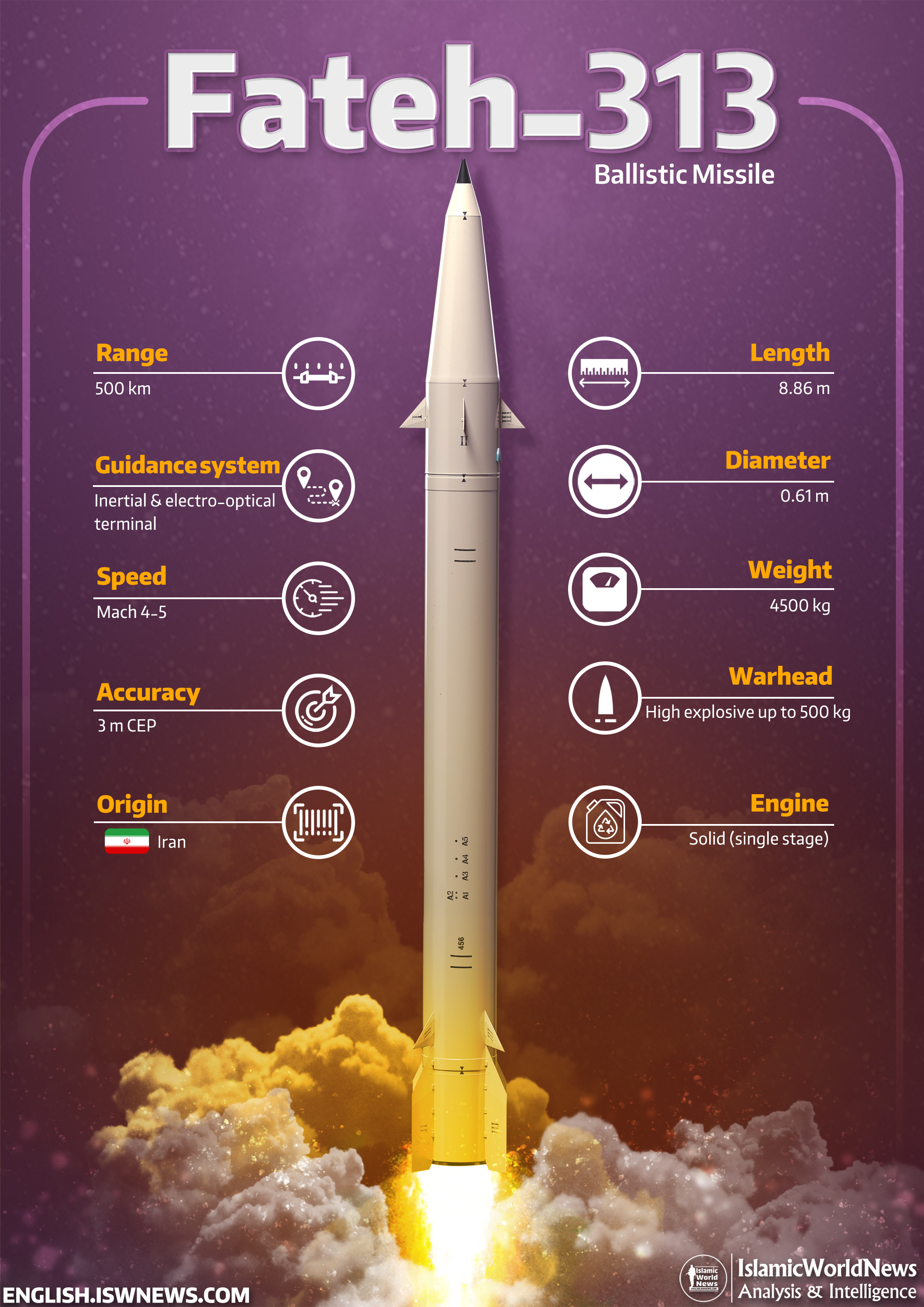 Fateh-313 missile is a short-range ballistic missile (SRBM) with composite solid fuel that was unveiled by Iran on August 22, 2015. This missile is the new generation of the Fateh missile family and has a lighter body, more advanced propulsion, and more range and accuracy than the Fateh-110 missile.

This missile was used during Operation Martyr Soleimani against the US forces at Ain Al Asad Airbase, Iraq, and the very high accuracy of this missile was proven. Fateh-313 missile with a maximum error rate of 3 meters is one of the most accurate missiles in Iran and the world.

In this missile, by using more advanced inertial navigation and possibly combining it with satellite navigation, a kind of terminal guidance has been obtained, which has provided the ability to guide the Fateh-313 missile until it hits the target.

The Fateh-313 is almost identical in length and diameter to the Fateh-110 missile; But the use of the new propulsion system with more power generation capacity has increased the missile range from 200 km to 500 km. This missile uses “composite solid fuel” unlike the Fateh-110 missile, which uses solid fuel. The use of composite solid fuel results in better fuel efficiency, greater safety and greater stability of the missile during flight.

The expanded range of the Fateh-313 makes more targets available to Iran, and due to the high accuracy and capability of using a mobile launcher and move the missile anywhere in the country allows Iran to fire its missiles from more locations within its territory, complicating the enemy’s attempts to attack the missile launchers before the missiles can be launched.