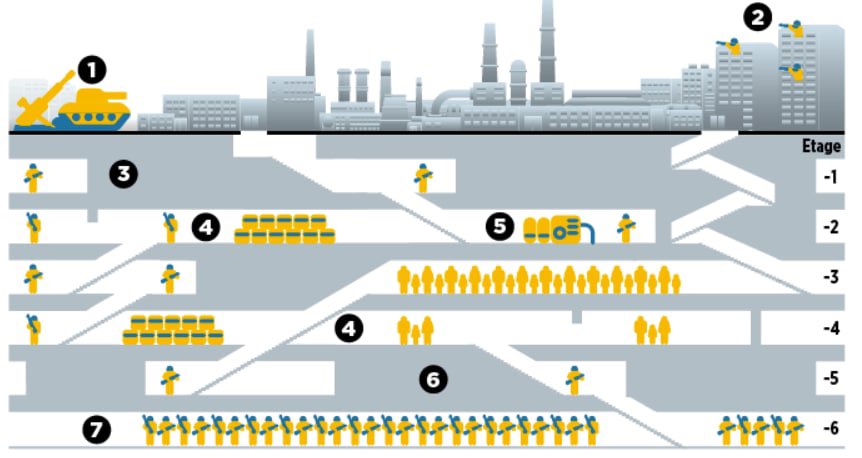 For several weeks now, about 2,000 Ukrainian troops (Ukrainian side statistics) and about 1,000 civilians fleeing the Mariupol battles have taken refuge in tunnels and shelters under the Azovstal plant.

Information and charts have been published by both Russian and pro-Ukrainian media confirming that there is a network of strong tunnels and shelters beneath the Azovstal plant.

According to the available information, there are 6 strong floors and a network of 24 km long tunnels under Azovstal plant. These facilities have an independent water and electricity system. Given that the shelter was built during the Soviet era and the Cold War, it provides the necessary conditions for survival for a long time.

Hence, this may be one of the main reasons why Russia and its president are reluctant to continue fighting in Azovstal.

In general, the Azovstal lower floors and similar places in other parts of Ukraine are among the high-profile issues of the Ukrainian war. In the last two months, Russia has repeatedly released documents claiming that Ukraine, with the help of the United States and its Western partners, is carrying out a series of illegal biological programs in places such as Azovstal and elsewhere in Ukraine; An issue that Russia will never tolerate.