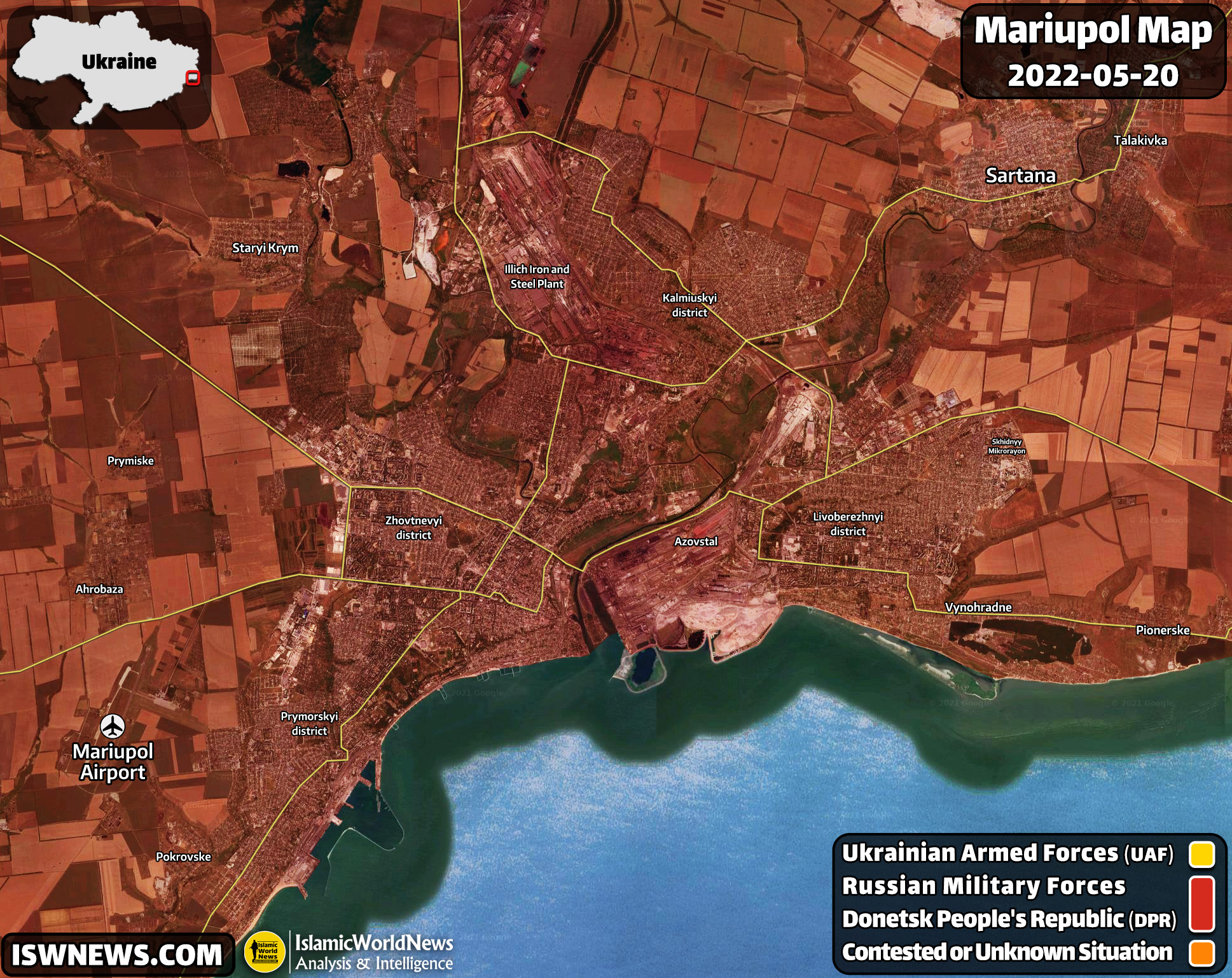 ISWNews Analysis Group: On May 30, with the surrender of the last Ukrainian troops in the Azovstal industrial zone south of Mariupol, this important port city in southern Ukraine came under full control of Russia and its allies.

Following the ceasefire announced on Monday, May 16, the remnants of the Azov neo-Nazi battalion and the Ukrainian army, which had been under siege for a month in the Azovstal plant, surrendered to the Russian army. According to the Russian Ministry of Defense, during this period, 2,439 members of the Ukrainian army surrendered to the Russian army. Also, according to available information, a total of about 500 civilians have been evacuated from the Azovstal area in the past month.

The main and final battle for the capture of Mariupol began on February 24, and with the expansion of the advance of Russian and Donetsk (DPR) forces around Mariupol, the city was completely besieged from March 1. On March 12, the first area on the eastern outskirts of Mariupol was captured by Russian and DPR forces, and fighting was dragged into Mariupol city. The advance of the Russian forces and the DPR continued in the neighborhoods of Mariupol until finally on April 20, all areas of Mariupol except the Azovstal plant came under the control of the Russian army. After that, on the orders of Russian President Vladimir Putin, large-scale ground attacks to seize Azovstal were almost stopped due to the achievement of the main goal which was taking the control of the city and to prevent an increase in Russian Army casualties. Over the past month, most of the attacks have come in the form of artillery and air strikes, as well as minor advances in some areas, to pressure Ukrainian forces to accept surrender. Finally, due to increasing pressure from the Russian military and the deteriorating situation of Ukrainian forces in Azovstal, the Ukrainian Armed Forces agreed to a ceasefire and surrender on Monday, May 16th. Following the completion of the surrender operation and the withdrawal of Ukrainian troops from the Azovstal area on 20 May, the Azovstal came under the control of Russian and DPR forces after an 82-day siege, resulting in the complete capture of Mariupol city by Russia.

The industrial city of Mariupol was one of the most important port cities in Ukraine, which played an important role in the economy of this country. In recent years, the city of Mariupol, along with the city of Severodonetsk, has been used as the main headquarters of the Ukrainian army against Donetsk and Luhansk. Therefore, the complete capture of this city is a great blow to the Ukrainian Armed Forces.