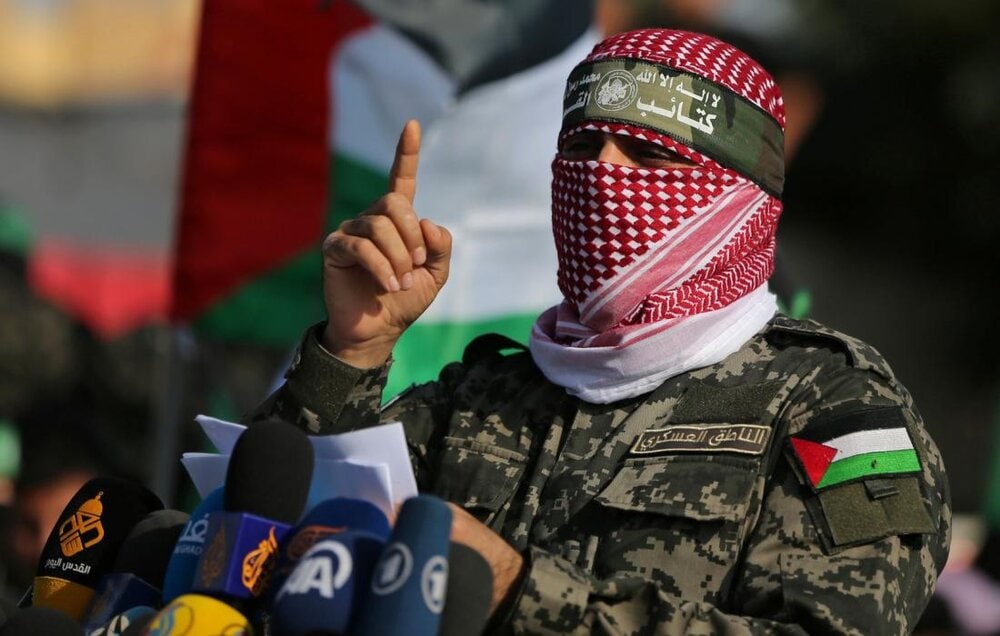 ISWNews Analysis Group: The spokesman of Al-Qassam Brigades appreciated the Islamic Republic of Iran for standing with all the challenges it faces alongside the Palestinian people and Resistance.

According to Iran press, Abu Ubaida told Al-Mayadin on Sunday night: “On World Quds Day, we heard the words of Ayatollah Khamenei, the Leader of the Islamic Revolution, addressed in Arabic to the Palestinian people and resistance.”

He added: “Al-Qassam Brigades respects the sincere statements of Ayatollah Khamenei and we appreciate the Islamic Republic of Iran for standing with all the challenges it faces alongside the Palestinian people and Resistance.”

Hamas leader Yahya Sinwar in Gaza on Saturday appreciated all the nations that supported the Palestinian people on World Al-Quds Day, led by the Islamic Republic, the Leader, the President, the Islamic Revolution Guards and the Iranian people.

The Leader of the Islamic Revolution, Ayatollah Khamenei, addressed the Islamic world, the nation and the Palestinian resistance live and on television on the last Friday of the holy month of Ramadan, coinciding with the International Day of Quds.

Admiring the unparalleled resilience and courage of the Palestinian people, His Eminence described the self-sacrificing operations of the Palestinian youth as a defensive shield for Palestine and a harbinger of a different future.

“The whole of West Asia has been replaced by the Zionist invincible army and the criminal army has been forced to turn its offensive line into a defense,” the Leader noted.

At the end of his speech, he greeted the souls of the Palestinian martyrs and paid tribute to their families, and expressed His Eminence’s condolences to the Palestinian detainees who resisted with firm determination, adding: “And I call on the Islamic world, especially the youth, to participate in this field of honor and dignity.”