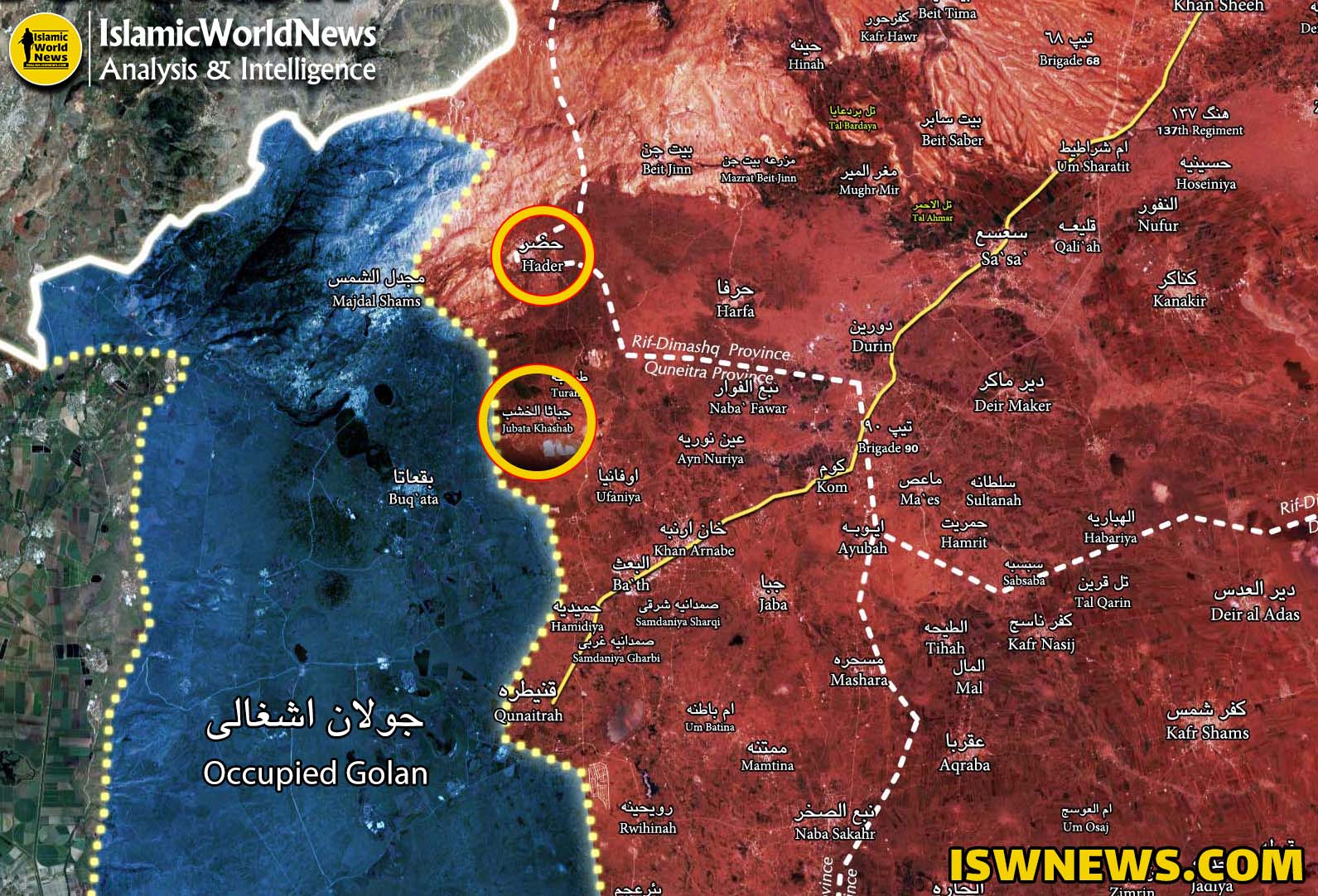 ISWNews Analysis Group: The Israeli army shelled Syrian Army positions in the towns of Hadar and Jabata al-Khashab in the northern Syrian province of Qunaitra with rockets and artillery in two separate attacks.

At around 3 am local time, the Israeli army fired several surface-to-surface missiles at targets near the town of Hadar, causing material damage.

Hours after sunrise, Israeli forces launched a second artillery attack on Syrian territory, targeting SAA 90th Brigades on the outskirts of Jabhat al-Khashab, near the occupied Golan Heights, but no casualties were reported.

Syrian officials and the Israeli regime have not yet commented on the attacks, but it is likely that in the coming days the Israeli army will claim that it carried out these attacks under the pretext of attack on Iranian-backed forces or Hezbollah.

This is the first Israeli attack on Syrian territory since Syrian President Bashar al-Assad’s visit to Iran.

The last attack of the Israeli regime on Syria took place on April 27 this year. Israeli warplanes fired missiles from Lake Tiberias at targets around the city of Damascus, killing four Syrian soldiers and wounding three others.