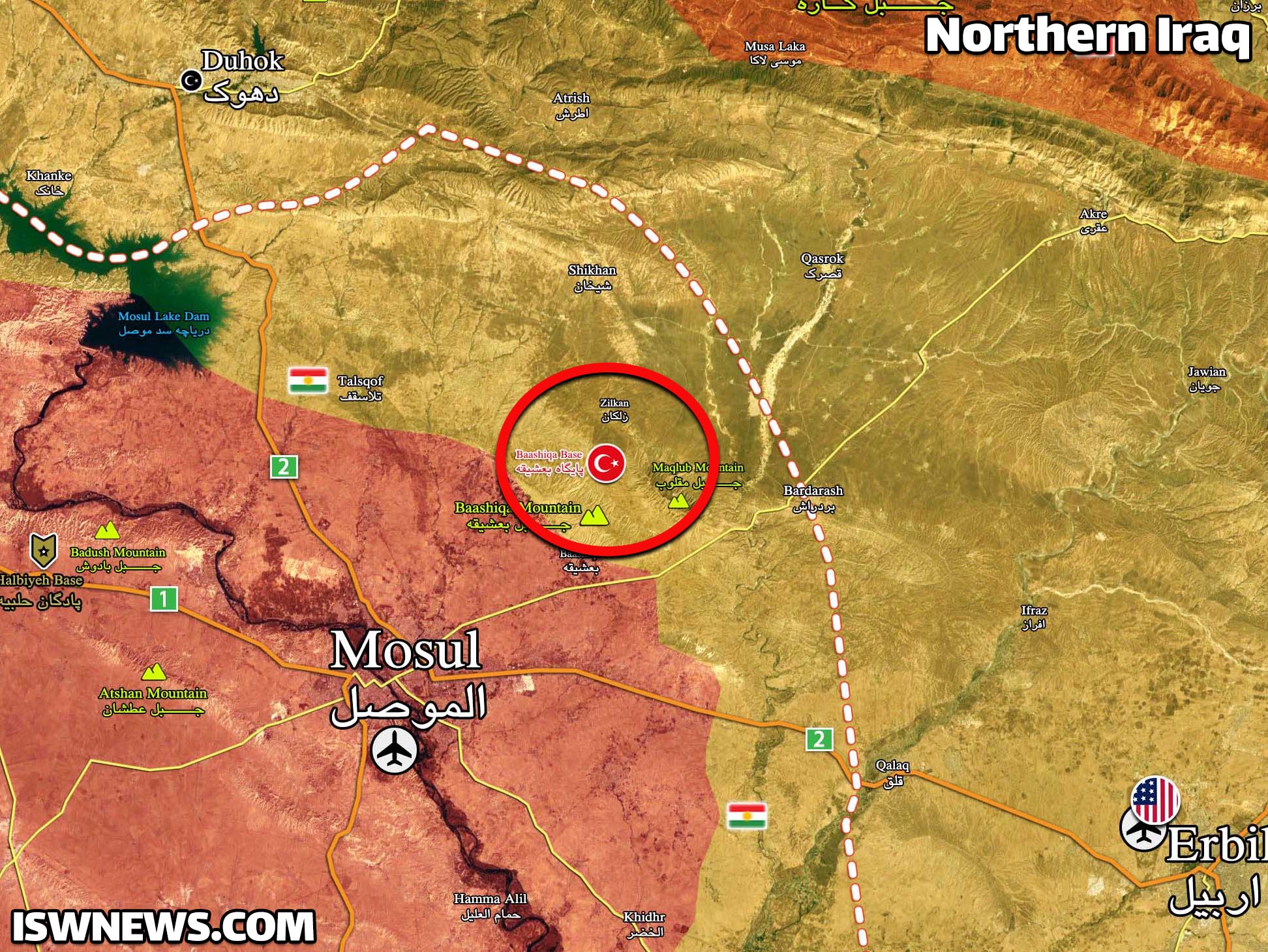 ISWNews Analysis Group: Late on May 21, the Turkish Bashiqa military base in the Zelkan area was targeted with two suicide drones.

According to preliminary information, two Turkish soldiers and a Turkish Army contractor reportedly were killed in the attack.

Darman Tawous Malak, the spokesman of “Ahrar Sinjar” group stated: “We warned the Turkish occupiers of the consequences of continuing the repeated invasions of Iraqi territory and its safe heavens, and our operation was carried out in response to the recent aggression of Turkey on the outskirts of Kirkuk and Dohuk.” He added: “We targeted the Turkish occupation base in Ba’ashiqa with two drones. The two drones hit their targets with high accuracy and according to preliminary information, inflicted material and human losses on the Turkish occupiers.”
Darman Tawous Malak emphasized: “Our operation will continue as long as the occupiers continue their acts of savagery and aggression, and we confirm what we have said before, that we consider the attack on every part of Iraqi territory as an attack on Sinjar.”