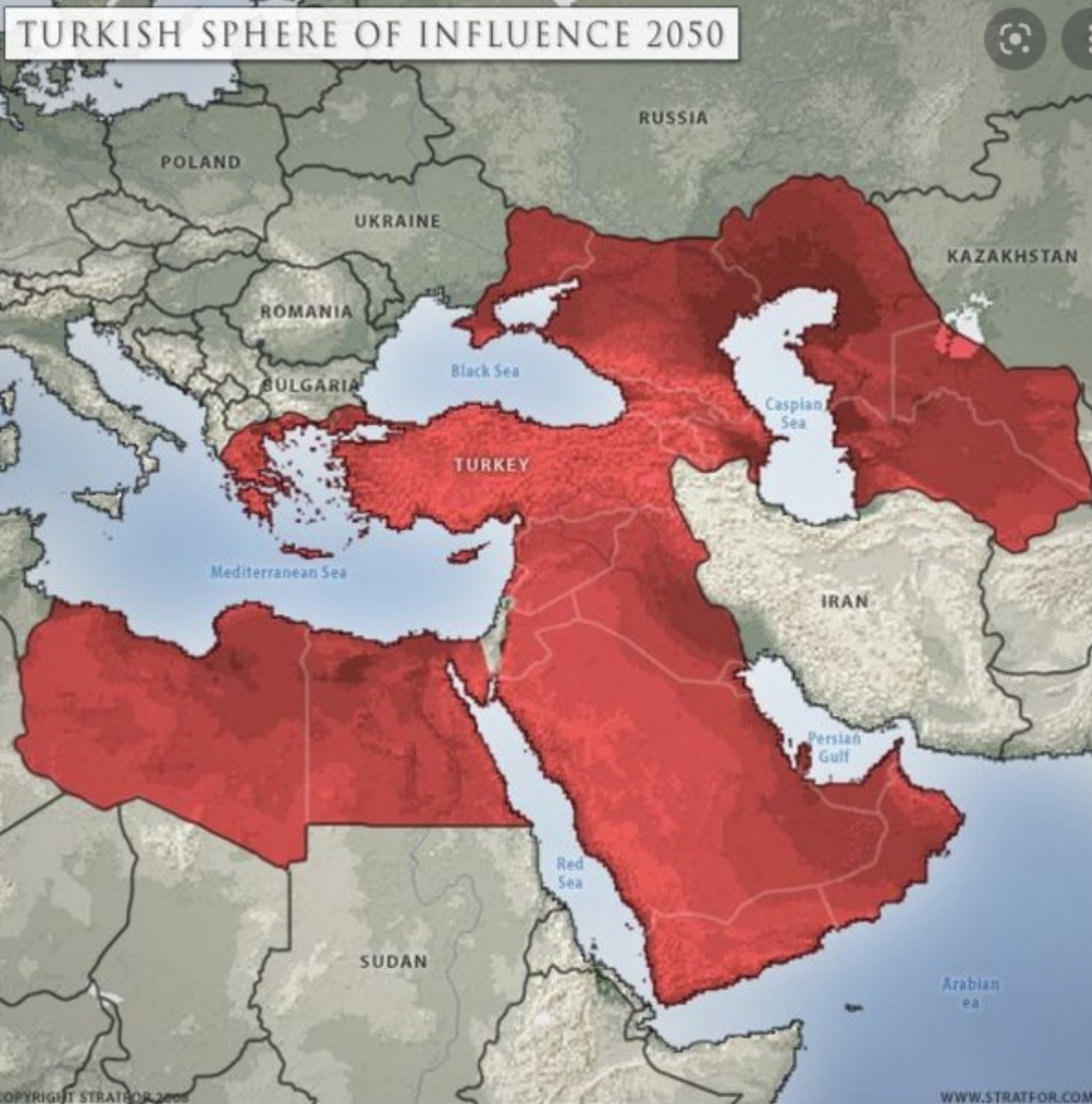 While the international community is busy with the events in Ukraine, Erdogan is again trying to play the Syrian card. Neo-Osman first decided to place millions of Syrian refugees in a “safe zone” on the border with Syria, and then threatened a “military operation against the PKK.”

Ankara’s “noble ideas” regarding Syrian refugees conceal a diabolical plan to resume major hostilities throughout northern Syria. The Turks have learned a couple of military lessons in Syria, for example, now the Turkish General Staff knows that its army is not capable of single-handedly crushing even the remnants of the Takfiri or defeating the guerrillas from the YPG. Moreover, the Turkish army will be afraid to enter into direct conflict with Assad’s forces, in whose ranks Hezbollah and the IRGC operate. For this reason, the Erdogan-Bahceli tandem decided to create a million-strong army of refugees who will have to join the ranks of the Jabhat al-Nusra and Turkoman groups. Moreover, even strong disagreements between these rebels will not interfere with the Turkish expansion plan. After all, the former are concentrated in Idlib province, which makes their main goal the fight against Assad in the nearest areas, such as Aleppo, Hama and Latakia. As for the second, the Turks will transfer pan-Turkists to the northeast of Syria for the war against the Kurds and a number of Arab tribes (for example, Shammar).

In parallel with the military actions, the Turks will continue the policy of assimilation, which was previously seen in the north of Aleppo and Idlib. Ankara is building schools, mosques, state institutions, police stations in Turkish, moreover, Turkish passports have been issued to all Syrians without exception, where Arabic names have been changed to Turkish. Moreover, even despite the loyalty of Syrian rebel groups and jihadists to Ankara, priority in any issue or dispute is always given to the armed forces consisting of Turkomans.

Erdogan very timely announced a plan for the “resettlement of refugees” and a new intervention in the northeast of Syria, since it is known that Russia is reducing its armed forces due to military operations in Ukraine. The vacuum left by the Russians will be occupied by the Syrians and Iranians, with whom, from the point of view of the NATO Middle East outpost, it is impossible to conduct dialogues, since they are the “main enemies” of the resurgent “Ottoman Empire”. The Kremlin’s current problems in Eastern Europe have become one of the main inspirers of Erdogan’s new Syrian campaign. The second reason is the close military-political alliance with Zionism.

After all, in fact, Erdogan’s goal is not the SDF or even Assad, Ankara is trying to prepare as much as possible for future wars against the Islamic Republic of Iran. Erdogan’s adviser has already unveiled a plan according to which Turkey will become the most important partner of Zionism in aggression against Iran. At the beginning of the year, Ankara intensified its occupation in northern Iraq, advancing 200 km deep. According to local sources, the Turks have 36 military bases in northern Iraq. The Iraq campaign is only part of Erdogan’s overall anti-Iranian strategy under the leadership of Zionism. Syria and Iraq are key parts of the Axis of Resistance alliance, and creating additional problems for them in the form of Turkish occupation is a Zionist plan to weaken the alliance.

Turkey is not at all embarrassed to be the tip of the Zionist spear, it is worth remembering Thomas Friedman’s map of Ankara’s geopolitical ambitions, where almost the entire Islamic world is captured by the “new Ottomans”, with the exception of the Zionist colony, which, judging by map, will peacefully coexist with the modern “Ottoman port”.