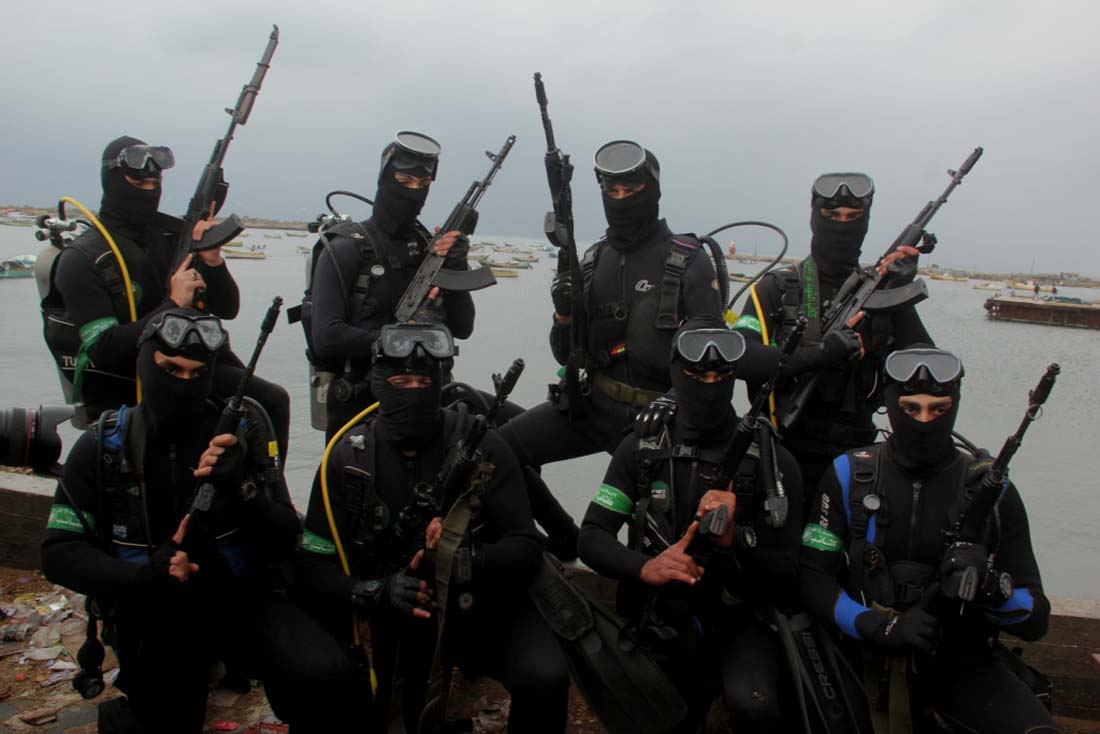 The Zionist regime’s TV in a report said that the marines division of Islamic Resistance in Gaza is a dangerous threat against ships and coastal establishments of this regime. This report mentions that these forces are deployed all across of Gaza strip coast, and they are training & increasing non-stop and from 2014 which their numbers were dozens, now in 2018 they are hundred and maybe thousands.

Zionist regime’s TV with a qualitative review about the power of these marines, added that the marine division of Hamas are equipped with advanced weapons for battles below the surface and powerful explosive mines and they are able to blow us with heavy strikes. This report mentions the naval operation of ZIKIM in 2014 which was carried out by these forces for the first time, this division is now more advanced than those times. According to the Zionists part of these equipments are from outside of Gaza and part of it are produced inside.

According to this report, the youths of Gaza are so eager to join these forces and in summer periods in Gaza strip, suitable youths will be prepared for this division.

A Zionist military analyst in response to this report said that, these days in coast of Gaza we are facing marines of Hamas which are able to easily attack us from coast, and Hamas leaders know that if they don’t succeed in ground battles, the sea is the only way to strike their targets.

Its worth mentioning that the Zionist regime’s leaders have always said that Iran and Hezbollah are the ones training & arming this division, and despite the vast intelligence power of Zionists, the identity of their commander is unknown.