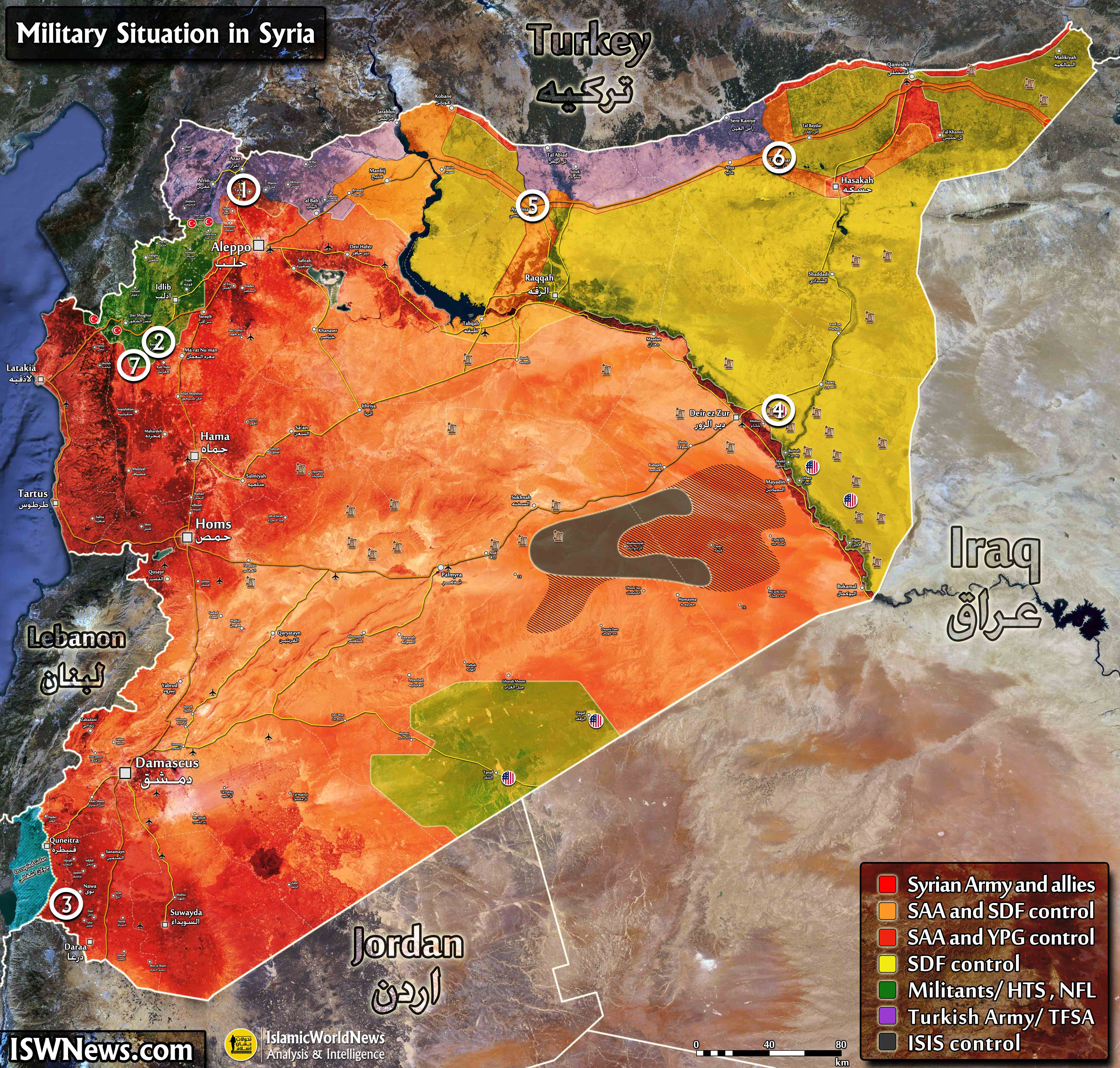 – Residents of the towns of Jinderes, Marea, Afrin and Al-Bab (cities controlled by Turkish-backed militants) protested against the increase in electricity tariffs. Following the protests, a number of protesters reportedly were killed and injured by Turkish-backed groups gunfire.

2- Idlib:
– On June 2, Syrian army artillery targeted militant positions on the outskirts of the town of Al-Bareh.
– On June 4, a number of Turkish troops were stationed on the M4 International Highway in the southern suburbs of Idlib.

4- Deir Ezzor:
– On June 1, US coalition aircraft flew over the CONINCO gas facility.
– On June 1, two SDF members were killed in an attack by unknown gunmen on the outskirts of the Al-Sijan oil field.

5- Raqqah:
– On June 1, Turkish-backed gunmen targeted the M4 highway on the outskirts of Ain Issa with artillery.
– On June 1, two people were killed and several others were injured in artillery attacks by the Syrian Democratic Forces on the market in the city of Tel Abyad.
– On June 1, a Syrian soldier was killed in an explosion in the southwest of Raqqa.
– On June 3, Russian fighter jets attacked ISIS hideouts in the Rasafa area, southwest of Raqqa.

6- Hasaka:
– On May 31, a Turkish army drone was spotted flying over the town of Tal Tamar.
– On May 31, Syrian army forces prevented a US coalition convoy from passing through the village of Tal Dhahab, south of the city of Qamishli.
– On June 1, a convoy of the American coalition, including 30 vehicles, entered al-Shadadi base.
– On June 4, six Syrian soldiers were wounded in artillery attacks by the Turkish army and militants on the village of Umm al-Kif on the outskirts of the city of Tal Tamar.

– On June 4, a Turkish army drone flew over the city of Tel Tamar.
– On June 4, Ahmad Kalash, one of the military commanders of the Tel Tamar Military Council, claimed that the Turkish army had targeted the village of Umm al-Kif using cluster munitions.

– On June 4, US coalition forces carried out a military patrol on the outskirts of Ramilan, northeast of Hasakah.