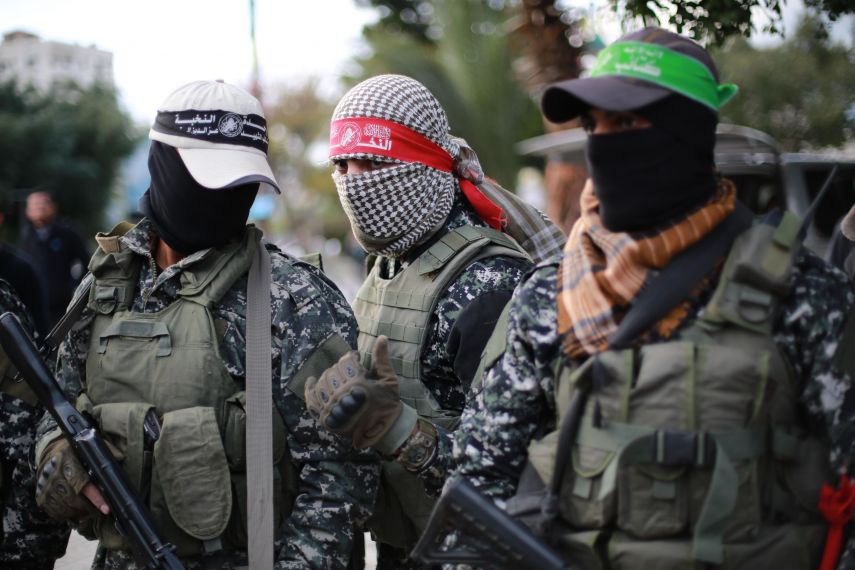 Representatives of the IRGC and Hezbollah regularly warned that military and political surprises await Zionism in future battles, it seems that the outlines of one of these surprises can be found already now.

The beginning of the year marked new opportunities for Hamas, for example, it is no longer a secret that the leading Palestinian movement, with the approval of Hezbollah, has military bases in southern Lebanon. Given the strong presence of Lebanon in the Palestinian refugee camps and the constant development of relations with Iran, it was clear that the military presence of Hamas in Lebanon was a matter of time. But what was the surprise of the enemy when a representative of the Brigade al-Qassam was found in Jordan.

So, according to the Lebanese media, at the end of May, terrorists from the Mossad and the CIA killed the commander of the military wing of Hamas, who, according to the media, arrived in Jordan. Given the fact that the King of Jordan is an ally of Zionism and therefore a hostile person towards the Palestinian resistance, one can guess that the visit of the commander of the Brigade al-Qassam was secret.
One can only guess what the purpose of the visit was, in my opinion, Hamas is trying to influence the Palestinian refugee camps in Jordan. It is obvious that Abdullah’s autocracy is facing an inevitable end, so the Palestinian camps should prepare for chaos and, most importantly, confrontation with the Zionist regime, which cannot allow the collapse of the Jordanian regime.

The presence of Hamas and other resistance factions among Jordan’s millions of Palestinians will create conditions for the development of military infrastructure, which will undoubtedly bring the final defeat of the Zionist colony closer.

So, we see how Hamas surrounds the Zionist occupier. The presence of Hamas in Lebanon, rumors about the commanders of the Brigade al-Qassam in Jordan, for the full picture, it remains to resume the work of the Hamas office in Syria.

With regard to Damascus, there is an important point, despite the lack of progress between the parties in the field of diplomacy, the facts indicate that military cooperation is in full swing. For example, the special services of Jordan claim that weapons are being smuggled from Syria to the West Bank of Jordan. This is really the case, the chain of actions of the actors looks something like this. IRGC proxies in Syria, with the support of Syrian intelligence, are carrying out covert arms supply operations through Jordan to the Palestinian Islamic Jihad camp in Jenin, Al-Aqsa Martyrs Brigade and Hamas cells in other West Bank cities. The support of small arms and light weapons is only the beginning of direct support for the Palestinian resistance from Syria. It is expected that Hamas, with the support of the IRGC, will deploy its own forces in the Palestinian refugee camps of Syria. Mahmoud Zahhar spoke about this back in 2015.

Today we can state that several reasons prompted Hamas to dare a “revolutionary breakthrough” in the struggle for Palestine.
1 – The victory of the supporters of the “Islamic Revolution” in the internal elections of Hamas blocked the efforts of pro-Bulgarian and pro-Turkish politicians to withdraw from the pro-Iranian alliance and returned Hamas to the status of the main striking force of the Axis of Resistance.
2 – The elimination of differences on the Syrian and Yemeni issues marked a new level in cooperation between Hamas and Iran. The relative “cooling” was followed by a thaw, which became a prologue for the expansion of strategic relations.
3 – The murder of the legendary General Soleimani forced all the key anti-Zionist forces in the region to accelerate the process of preparing for a series of final battles to the victorious end.