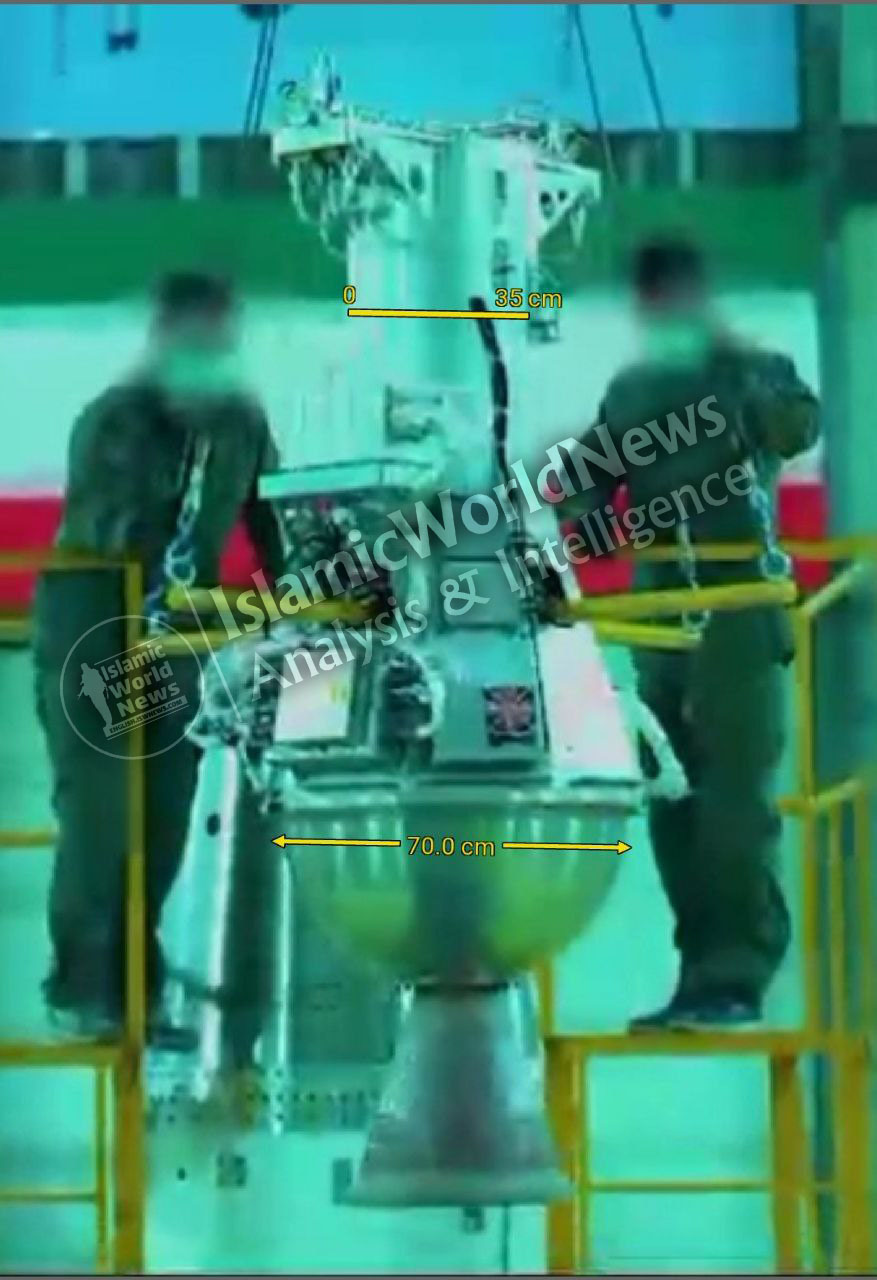 Interestingly, these dimensions match up well with the newly unveiled exo-atmospheric trajectory maneuvering warhead of Qadr medium-range ballistic missile that we reviewed a while back.

Since this engine has a carbon fiber composite body like the Salman and Rafe engines and most likely has a thrust vector control mechanism with the help of a flexible nozzle, the engine body is designed spherical. Spherical bodies in pressure tanks have the lowest mass at the same pressure compared to other geometries, and the purpose of spherical design is to reduce the dead weight of the satellite carrier.

As mentioned, the dimensions of this engine are quite suitable for placement in the exo-atmospheric maneuvering warhead, and since it is common for the IRGC Aerospace Force to use the same modules and parts in order to reduce costs in different missile systems, it is likely that the third stage engine of the Qased satellite carrier is used in this warhead.

It is even predicted that an exo-atmospheric anti-missile defense missile is under development using Raafe, Salman and Qased third stage engines along with third stage gas thrusters. This achievement can provide Iran with exoatmospheric anti-ballistic missile or anti-satellite weapon technology, and for the first time, the Islamic Republic will have a defense umbrella against intercontinental nuclear weapons.