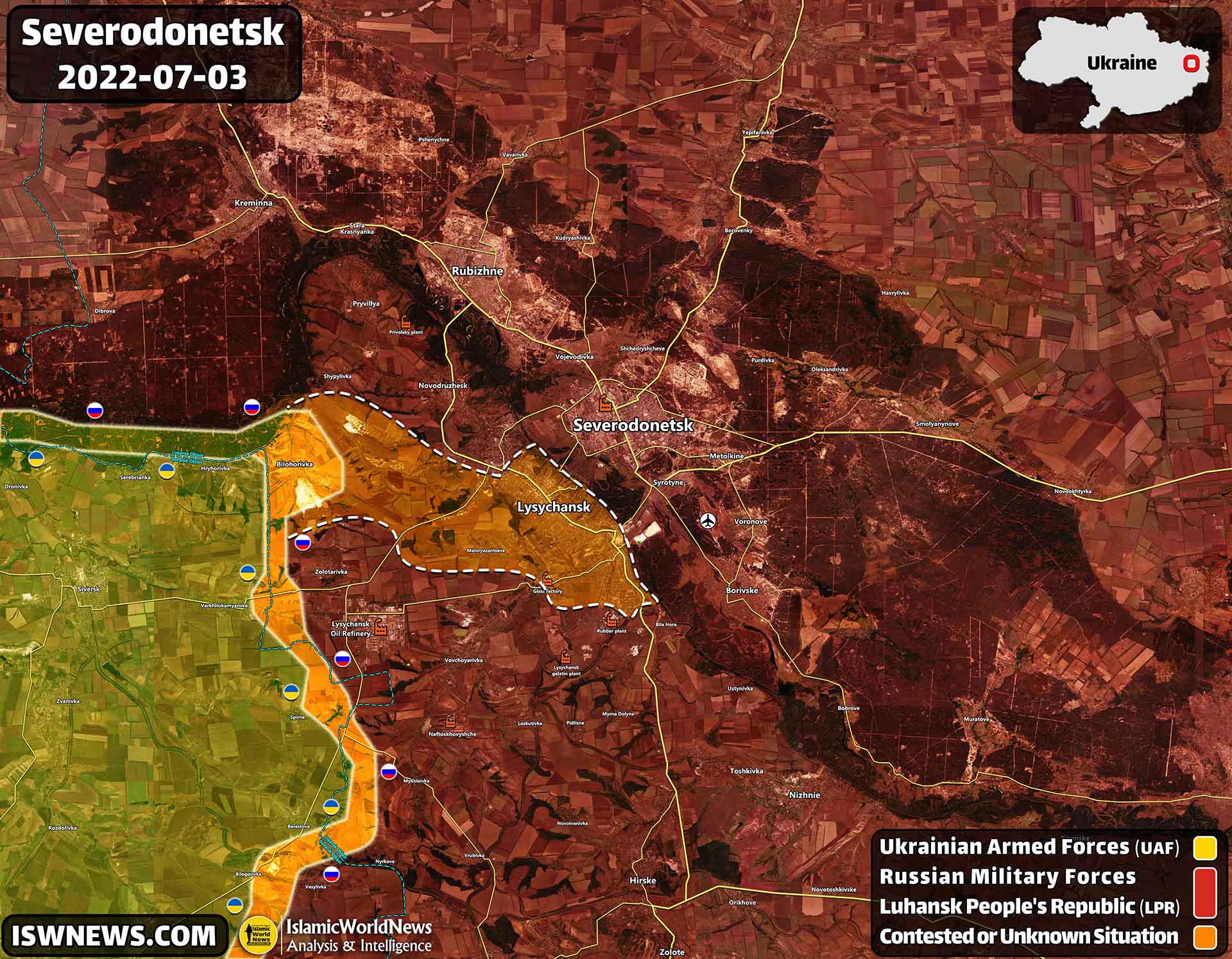 ISWNews Analysis Group: After 130 days of war, the important industrial city of Lysychansk was captured by the Russian forces and its allies.

According to the latest news, Russian forces have entered the village of Bilogorivka, and Bilogorivka has also been captured by Russia.

#Russia #Ukraine
Russian forces took control of #Bilogorivka Білогорівка settlement. It is the same settlement that in early May, Russia lost over 70 pieces of equipment and failed to capture it. Now the #Lysychansk Pocket was sealed!
/764 pic.twitter.com/E0ClZoXqtO

With the progress made, the control of Luhansk oblast after four months of war was completely driven to Russia and its allies, and the Ukrainian government lost control of an oblast for the first time.

The latest news from the Bakhmut axis also indicates that the Russian army has taken control of the village of Klynove.