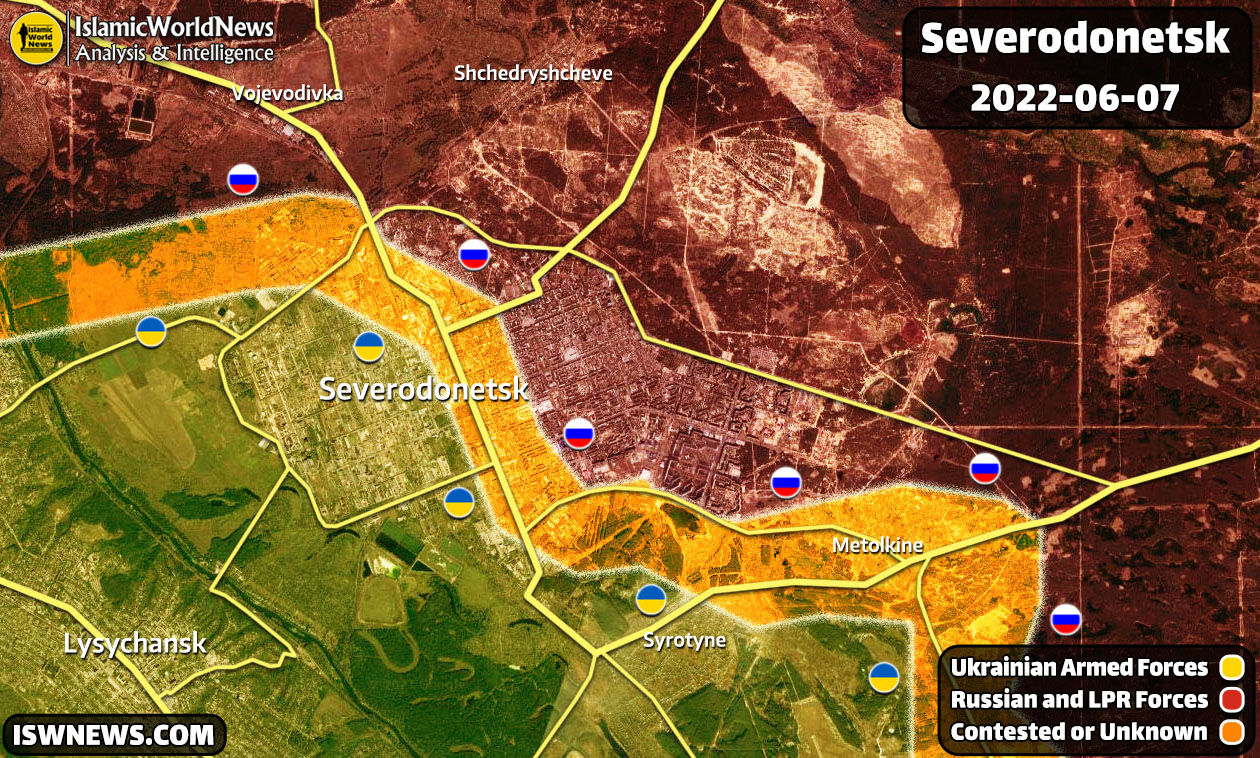 ISWNews Analysis Group: Clashes between the Russian army and the Ukrainian army continue in different parts of the city of Severodonetsk.

According to the latest news from the Severodonetsk front, clashes are taking place in the Metolkine district and the central areas of the city. Ukrainian sources claimed that they had taken control of the situation and claimed to have repelled Russian attacks. In total, more than half of the city of Severodonetsk has been captured by the Russian army, and clashes continue in the western half.

Severodonetsk is the name of an industrial city in the western part of Luhansk Oblast in eastern Ukraine. The city was chosen as the capital of Luhansk province in 2014 because the city of Luhansk came under the control of LPR forces.
The city has several chemical plants and production centers called “Azot” (one of the largest chemical plants in Europe) as well as an airport in the southeast, which are important in recent conflicts.

The location and foundation of this city dates back to 1934 and is closely related to the city of Lysichansk. In fact, the proximity of the cities of Severodonetsk, Lysichansk and Rubizhne to each other has made them an important location.

The city was captured by Luhansk forces at the beginning of the 2014 conflict, but the Ukrainian army regained control of the city two months later. After that, the European Union, while supporting the Ukrainian army operation in Severodonetsk, announced that it would provide 93.8% of the reconstruction costs of this industrial city.
After the Russian invasion of Ukraine, the conflict on the western front of Luhansk resumed, and the Russian army, after the complete capture of the town of Rubizhne, began its attacks on May 8 to capture Severodonetsk.

Severodonetsk and Lysichansk are the last areas in Luhansk Oblast to be controlled by Ukrainian forces, and their fall marks the complete capture of the first Ukrainian province by Russia. Therefore, the resistance of the Ukrainians in these areas will be fierce, and the Russian army must use a lot of power and equipment to capture it!

Read more:
Latest Military Situation in Ukraine After 99 Days of War (Map Update)
One third of the city of Severodonetsk under Russian control!
Latest military situation in Eastern Ukraine, 23 May 2022 (Map Update)