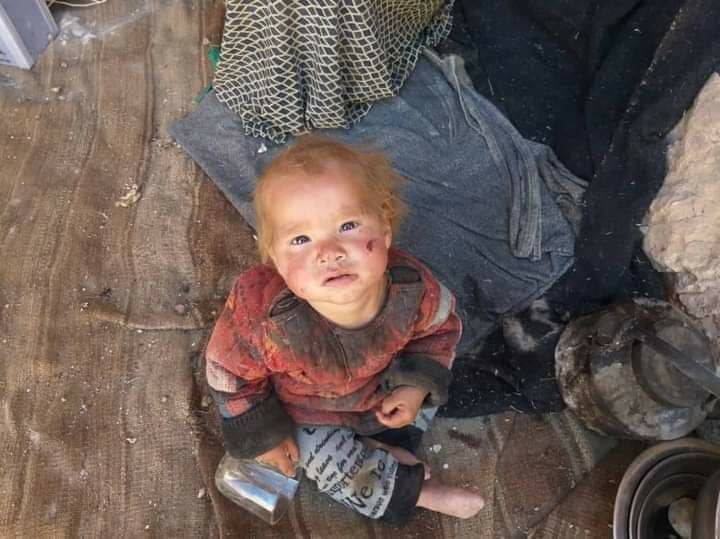 According to the video and pictures published by the refugees of Balkhab district in the villages of Bamyan province, the situation of the people of Balkhab is dire. The people of Balkhab fled to the surrounding mountains and villages for fear of massacre and torture after the Taliban attack to arrest Mehdi Mojahed.

Taliban attacks on Balkhab district to arrest Mehdi Mojahed have started in the evening of June 23 in Dozdan Darreh, Qom Kotal and Abi Kalan areas.

These people currently do not have any security and livelihood support, and they need the immediate support of countries and international institutions.

Read more: Who is Mehdi Mojahed and what does he want?

After the Taliban came to power in Afghanistan, pro-Taliban local commanders took control of various areas in Afghanistan, including the district of Balkhab, some of whom, like Mehdi Mojahed, were non-Pashtun. The arbitrary actions of these local commanders in some areas led to disputes with the central Taliban, and some of these commanders were dismissed or imprisoned.
One of these rouge Taliban commanders is Mehdi Mojahed, a Hazara from Sar-e-Pol, who held the post of Bamyan intelligence commander in the Taliban government. He was ousted after criticizing the Taliban’s one-dimensional policies and behavior toward various ethnic groups in Afghanistan, and moved to Balkhab empty-handed after a few months in Kabul.
Mojahed clashed with Taliban forces in Balkhab over control of the area’s mines, marking the beginning of his tensions with the central Taliban government. In his remarks, he described himself as a defender and representative of the Hazaras and Shiites in the Taliban government. But the Hazaras did not welcome him, and the Shiites did not support him in the recent tensions with the Taliban. But his supporters in Balkhab are working hard to support him, urging people to stand up to the Taliban.

Balkhab district is one of the districts of Sare-Pol province in northern Afghanistan. Balkhab is known as “Qom Sani” (the second Qom) in Afghanistan due to the existence of dozens of religious schools, And in the past, students and religious scholars from Shiite Afghanistan used to visit this district to study. The people of Balkhab stood against the Taliban during the fall of Ashraf Ghani’s government under the leadership of Seyed Hassan Safai, one of the most famous Shiite Mojahed commanders of Afghanistan, and finally reconciled with Taliban under a suitable conditions, But the Mehdi Mojahed’s misbehavior led to displacing of the oppressed people of this district and gave the Taliban an excuse to attack the holy places of Balkhab.