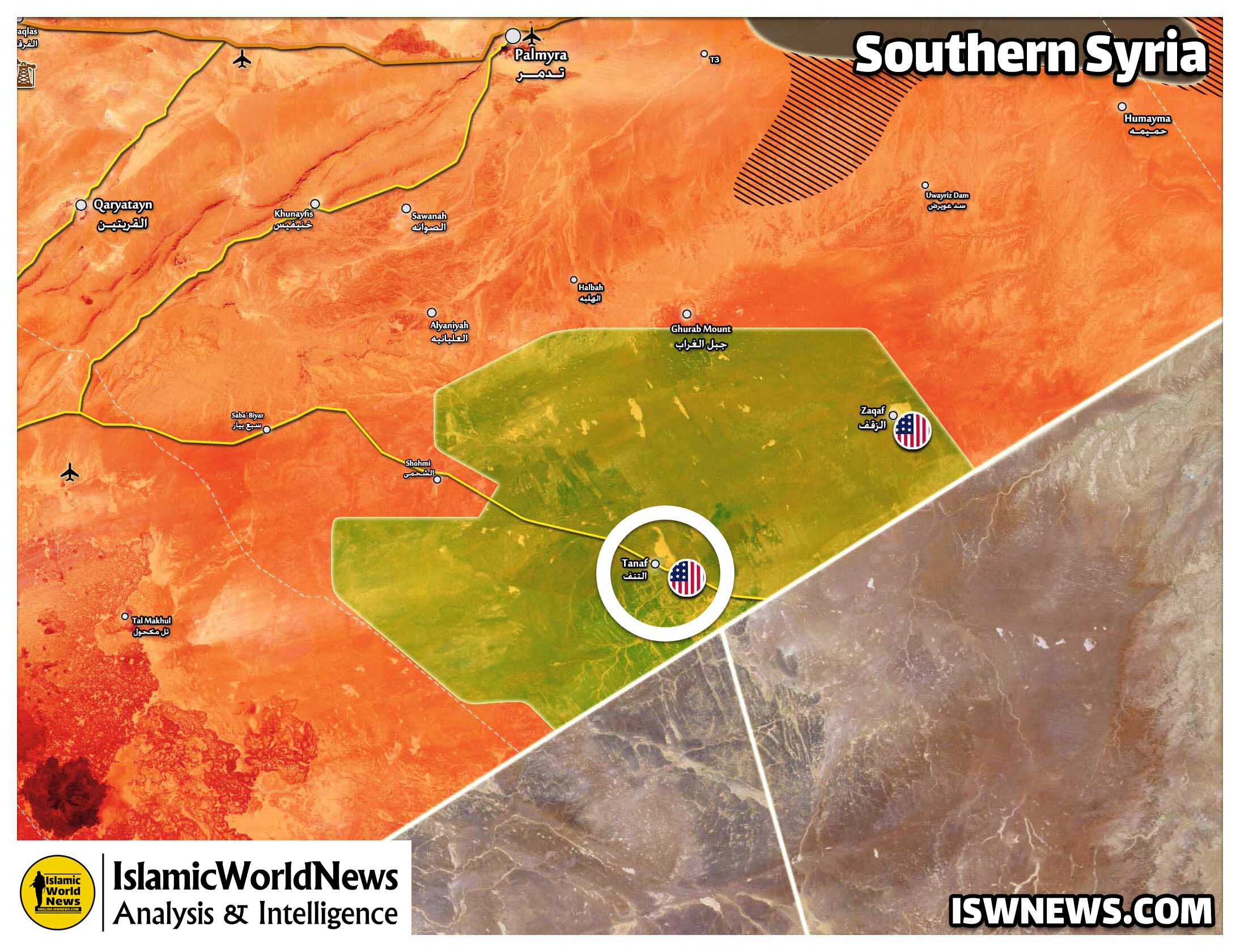 ISWNews Analysis Group: The positions of Maghawir al-Thoura militants and the US forces in the Al-Tanf area, located in the border triangle between Syria, Iraq and Jordan, were targeted by the drone attack of the Iraqi “International Resistance Faction”.

On August 15, the US base at Al-Tanf region in Homs province was targeted with several drones. An informed source in a conversation with “Islamic World News” stated that this attack was carried out by the Iraqi “International Resistance Faction” and the drones accurately hit the predetermined targets.

On the other hand, the US coalition issued a statement confirming the drone attack on al-Tanf base, and announced that the attack took place at around 06:30 this morning (local time) and that the US military cooperated with the US-backed Maghawir al-Thoura militants managed to repulse this attack. According to this statement, one drone was intercepted and destroyed, and another one hit the Maghawir al-Thoura positions, but there were no casualties.

The Al Tanf area in southeastern Syria has been occupied by US forces for years, and Syrian Army and resistance forces are not allowed to approach within a 55-kilometer radius of the area. (Online map)

Read more:
Drone attack on US base at Al-Tanf area in southern Syria + Images
Drone and Rocket Attack on US Tanf Base