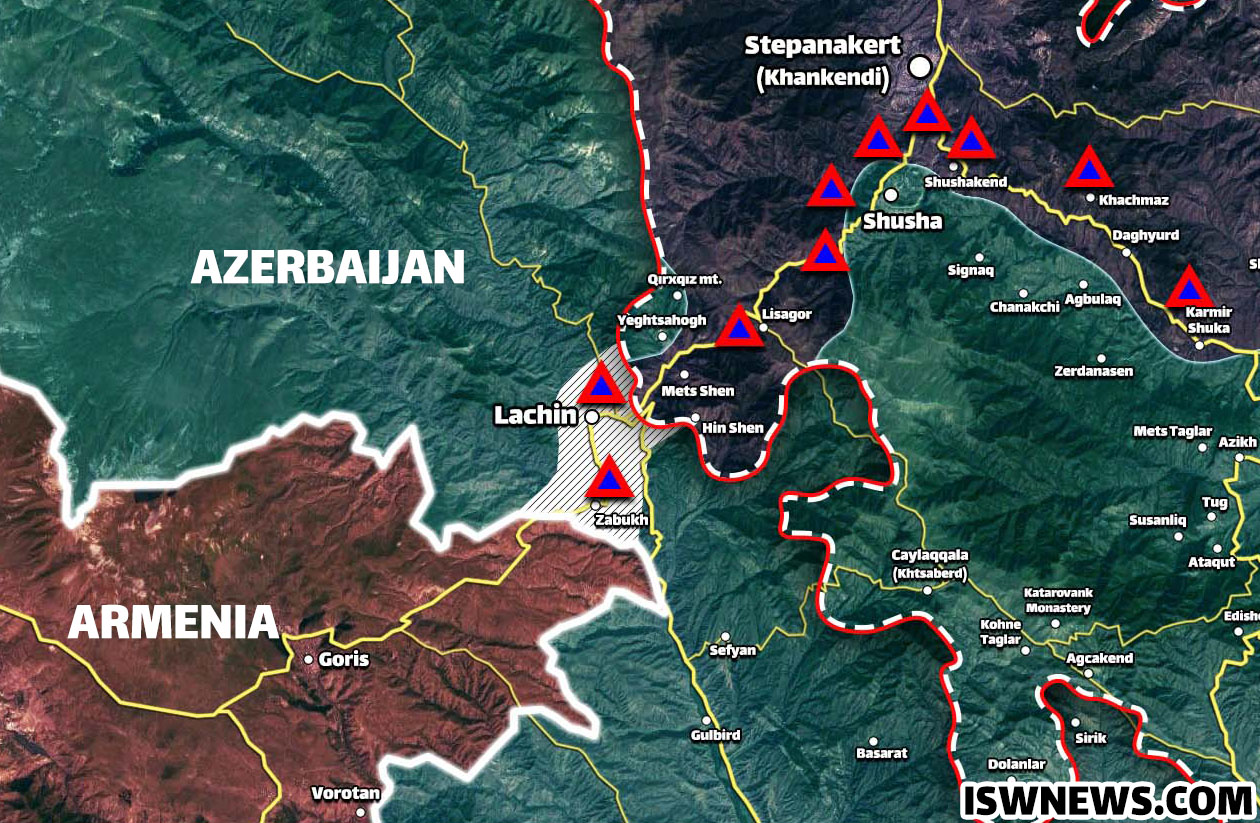 Deployment of Russian peacekeepers on the border road

Armenian press and Azerbaijan TV have reported that Russian peacekeeping forces have been deployed on the border of Armenia’s Kapan province and Azerbaijan’s Lachin to monitor the passing vehicles of Armenian citizens on the road from Agarak town to Kapan city. A large part of this road was built by Armenia in Azerbaijan during the years of occupation.

After the withdrawal of Armenia from the occupied territories of Azerbaijan in Karabakh, the city and airport of Kapan, the towns and villages around it have become border areas and are in the sight of the neighboring country. Now, Azerbaijani army and border police forces have been stationed at this point, and Russian forces are inspecting vehicles passing through this road to prevent possible conflicts.

Also, according to the Armenian press, the forces of the National Security Organization of Armenia have advised the citizens to drive fast on this road so as not to be captured by the Azerbaijani forces.

After Shurnukh village and five kilometers from Goris highway to Kapan, this is the third road that becomes a problem between the two countries.

At the end of this month, the heads of Azerbaijan and Armenia will hold talks on the final determination of the border lines during a tripartite meeting with the mediation of Russia in Moscow. There is a high possibility of exchanging the disputed points between the two countries. According to Armenian Ministry of Defense, 42 square kilometers of the border lands of this country are under the occupation of Azerbaijan, but Azerbaijan says that it has not invaded the territory of Armenia and has only returned to the international borders.

Evacuation of Lachin, source of tensions in Armenia

According to an Armenian website, Artur Ghazinyan, a former MP and an opponent of Pashinyan’s government, protested the evacuation of Lachin city and called it ethnic cleansing. In this regard, he says: “According to the second part of the sixth clause of the November 2020 Moscow agreement, the Armenian government is responsible for the implementation of the clauses of this agreement. But every time, it asks the Armenian government based in Nagorno-Karabakh called Artsakh, which is not mentioned in this agreement, to implement these cases.”

According to the announcement of the President of Nagorno-Karabakh, Araik Harutunyan, the people of Lachin and surrounding areas must evacuate this city and villages and towns under the control of Russian peacekeepers by August 25. But some people are still resisting this issue and most of them are not willing to evacuate due to the fear of displacement and inappropriate accommodation. According to the Armenian officials, apart from evacuating the families, the graves will also be moved and the families can go to Armenia or stay in Nagorno-Karabakh.

Azerbaijani media have reacted to the failure to evacuate Lachin by August 25. Azerbaijan’s political analyst Saber Hemmatov said in an interview with Baku TV: “If the Armenians are not evacuated, Azerbaijan will launch military and anti-terror operations, and the iron fist is ready.”

Fight over names in Karabakh

The Ministry of Economy of the Republic of Azerbaijan is preparing a map of the liberated areas of Karabakh. According to the understanding with the Mapping Institute of Science and Technology Institute Formps, located in Somqait Industrial City, the preparation of a 3D map of the region and the updating of the map of cities, villages, towns and other places is being done.

The government of Azerbaijan wants to display the names of these regions with Azeri names on Google maps. The exact cost of this project has not yet been announced. During the 28 years of occupation of the Karabakh region by Armenia, Google used to display the names of existing places in Armenian and English, which was always objected to by the Azerbaijani government.