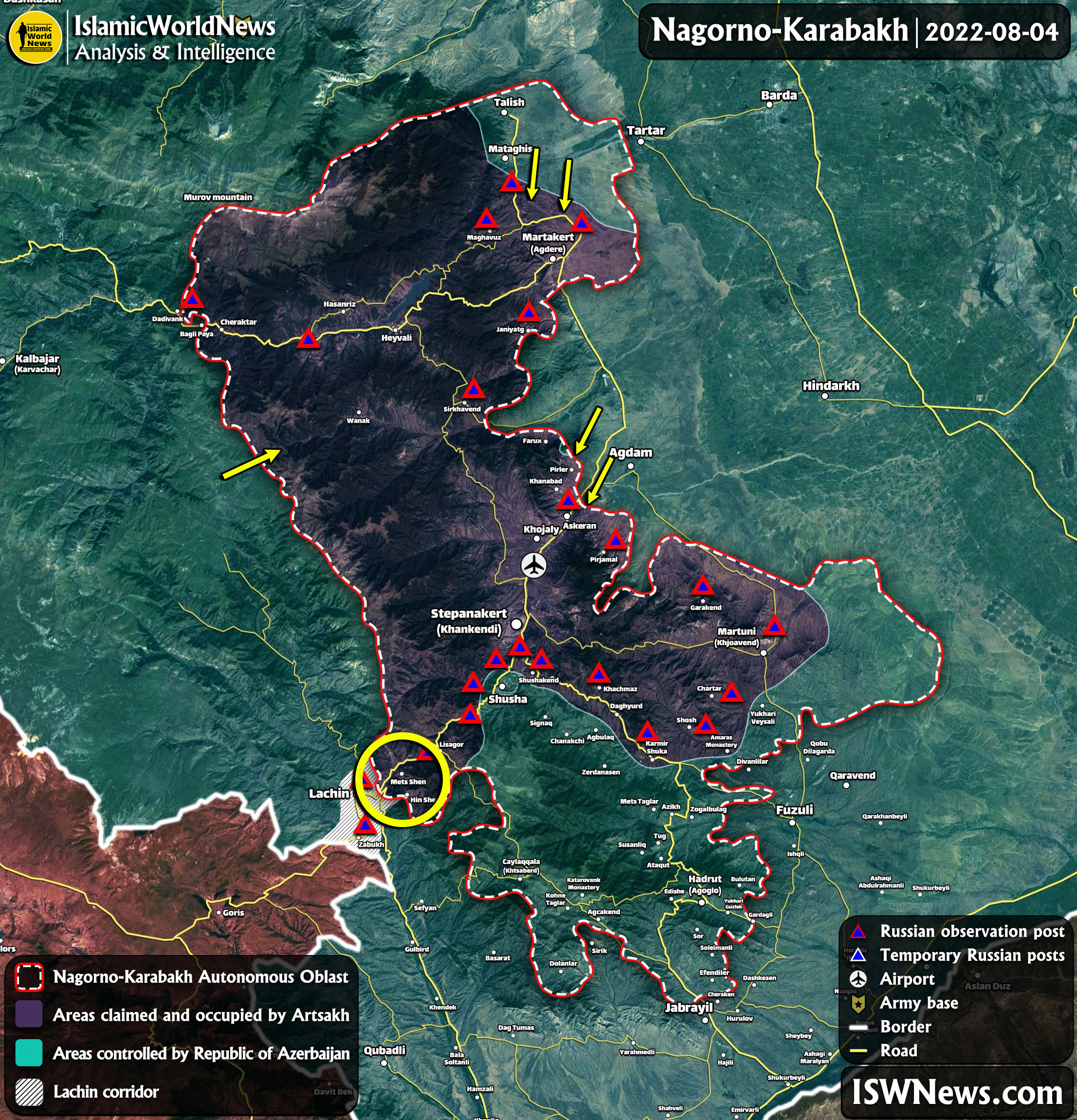 After the Azerbaijan attack on Monday, with the mediation of the Russian peacekeeping forces, the Azerbaijani army passed a calm day on Tuesday. Azerbaijan’s demand in Tuesday’s talks was the quick withdrawal of the remaining Armenian army and the disarmament of the Armenian militias of the Nagorno-Karabakh based on the 2020 ceasefire agreement. They also demand that no new route be created for Armenians in the Lachin Corridor and they also demand the withdrawal of Russian forces from Lachin. The lack of provision of these items has caused the second round of conflict to begin with the attack of the Azerbaijani army at 9 am on Wednesday, August 3.

The Azerbaijan Ministry of Defense named this conflict “Revenge Operation”. According to the claim of the Azeri side, the tension started with the shooting of the Armenian forces, during which the soldier Anar Kazemov Rustamoglu was killed near the Lachin Corridor, and the Azerbaijani army carried out a retaliatory operation. This statement does not seem correct and the preparation of the operation was already there.

The axes of Martakert (Aghdara) in the north of Karabakh, Askeran in the east and a hill overlooking the Berdzor (Lachin) road to Shusha (Shushi) have been the site of ground and drone attacks by the Azerbaijani army.

The results of Azerbaijan’s attack on Karabakh

The conflict between the Armenian and Azerbaijani forces in Askeran front were sporadic, and the Azeri side has not shown any special activity.

But in the heights overlooking the Lachin Corridor and near the village of Yeghtsahogh (Sarybaba) and Garagyz mount and some other hills fell into the hands of the Azerbaijani army. The trenches and two vehicles in these places were first attacked by Azerbaijani drones, and the advancing forces were supported by artillery fire and mortars. The result of this attack was providing overlook on important parts of the Shusha road, and Azerbaijan is establishing its position and building a road for it.

Also, the Armenian army base in the north of Karabakh and near the city of Martakart was attacked, and a number of vehicles carrying cannons, ammunition and equipment were destroyed.

The conflict stopped at six o’clock in the evening after talks and the intervention of Russian peacekeepers.

The Lachin Corridor is still under the control of Russian peacekeepers and traffic flows through it.

The Armenian army has moved some of its forces to the border near the Lachin Corridor, but there are no clashes in these areas. Also, the Azerbaijani army has transferred a force of more than two brigades to Gadabay district on the border with Gegharkunik province of Armenia.

Casualties on both sides

Two Armenian contract soldiers, Artur Khachaturian and Gurgen Gabrielian, were killed in Stepanakert (Khan Kandi) city hospital in the center of Nagorno-Karabakh, and 19 others were injured, 4 of whom are in critical condition.

The official statement of Azerbaijan only confirms the death of Anar Kazemov, but other sources report that three others are seriously injured or three more dead. The name of one of the dead is Ayub Suleimanov, and they also report the death of a colonel. These figures have not yet been officially confirmed.

Report of the Russian Ministry of Defense

The Ministry of Defense of Russia, announcing that the conflict was started by Azerbaijan, once again called the occupation of points along the lines of contact unacceptable.