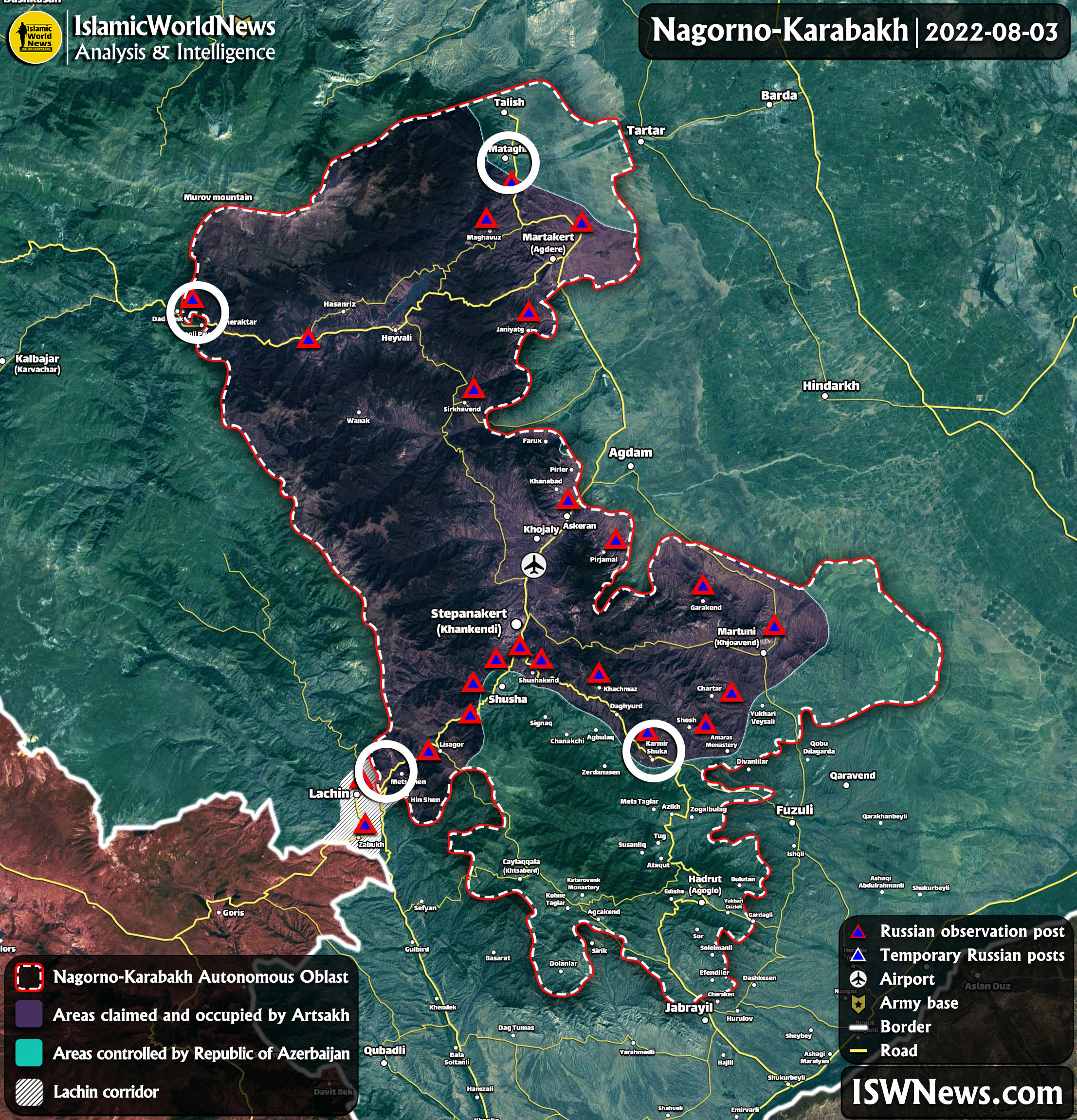 On Monday, August 1, the Azerbaijani army planned to capture a number of areas in Nagorno-Karabakh. Although the Ministry of Defense of Azerbaijan considers this to be a lie in its statements, field evidence from inside Azerbaijan, the statement of the Ministry of Defense of the Russian Federation, the reports of the Armenian and Russian media, and the information headquarters of Nagorno-Karabakh Armenians confirm this issue.

According to the map published by the Artsakh information headquarters, affiliated to the de facto Armenian government of Nagorno-Karabakh, four points have been identified as the main points of the attacks. Azerbaijani forces tried to advance from the north of this area near Suqovushan (Mataghis) to Tonashen (Tapakend) under the control of Armenians. The second conflict took place in the south of the region and the contact lines of the Karmir Shuka (Girmizi Bazar), the third point of tension in the northwest and 10 km from a monastery near Vank (Vangli). The fourth case of tension happened in the village of Yeghtsahogh (Sarybaba) near Shusha and the Lachin corridor.

According to Azerbaijani sources on social media, Azerbaijani military convoys have been moving towards the Karabakh region from several directions, and an Armenian soldier has also been captured. This claim has not yet been confirmed or denied. News about the blocking of the Lachin Corridor and the conflict on the border of Armenia and Azerbaijan have also been rejected by all sides.

The Russian OTP network has broadcast images of the movement of Azerbaijani forces towards Nagorno-Karabakh. According to this network, this attack has been carried out by gathering infantry, armored units and drone and artillery support.

The Ministry of Defense of Russia confirmed the attack by the Azerbaijani forces and wrote: “The peacekeeping forces have contacted the Azerbaijani side and demanded an end to the conflict, and any change in the lines of contact between the two sides is unacceptable.”