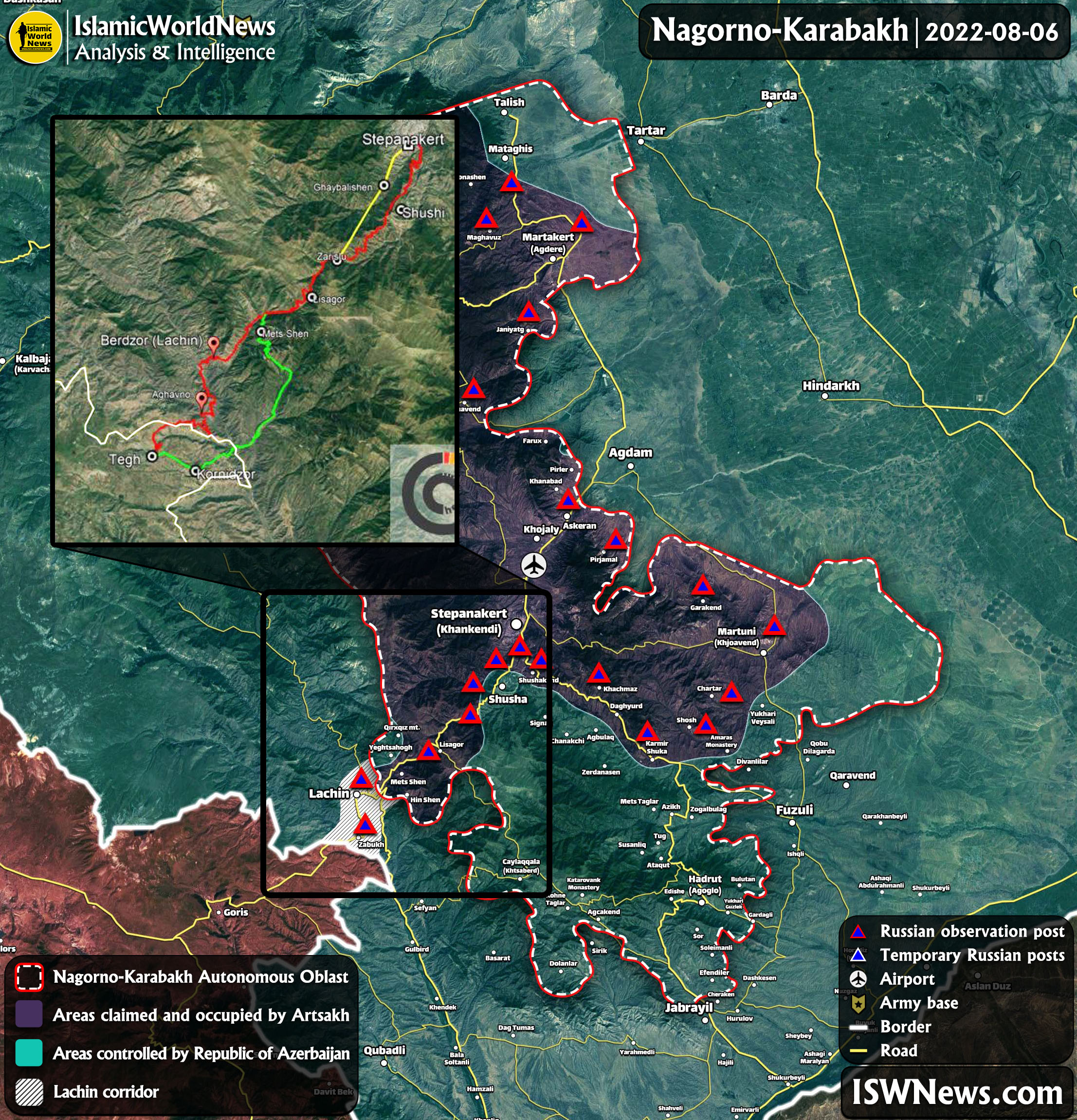 Tensions have subsided in Nagorno-Karabakh and there are reports that Azerbaijan is getting closer to its demands to comply with the provisions of the November 2020 agreement.

Revealing the casualties of Azerbaijani servicemen

The media of the Republic of Azerbaijan, quoting the Ministry of Defense of this country, report the death of five servicemen on August 3, 4, and 5, who were killed in non-combat situations. Mine explosion and rock fall from the cliff in the contact lines of Kalbajar and Lachin provinces have been stated as the reason for the death of the Azerbaijani servicemen!

If this number is the end of the casualties of the Azerbaijani army this week, a total of five servicemen have been killed to capture the heights of Sarybaba (Yeghtsahogh) and Qirxqiz. On Tuesday, August 2, the Azerbaijan MOD announced the death of only one soldier. It seems that the Azerbaijan MOD uses the “policy of delaying the announcement of casualties”.

The bodies of Samer Khodayev, Babak Aliyev, Tahir Aliyev, Anar Kazemov, and Agha Amiryov’s body have been handed over to their families. The burial of the body of conscript Samer Khodayev Samadoglu in his hometown, Ramana, Baku, was accompanied by the mourning of Imam Hossein, peace be upon him.

Evacuation of Karabakh Armenians from Lachin

The city of “Lachin” and its surroundings were used to settle part of the Nagorno-Karabakh Armenians before the Second Karabakh War, and they called this area “Berdzor”. Now, the authorities of the Armenian government based in Nagorno-Karabakh called “Artsakh” have asked the residents of “Lachin” to evacuate their houses and go to the lands under their control by the end of August.

According to the ceasefire agreement, Lachin city, the center of Lachin district, should be returned to Azerbaijan. This city and its surroundings are under the control of Russian peacekeepers as one of the connecting points of Lachin Corridor to Nagorno-Karabakh and can be used until the end of the construction of the new corridor between Armenia and Nagorno-Karabakh.

The Republic of Azerbaijan has built 32 kilometers of the new Lachin (Berdzor) corridor and is ready for use. Ilham Aliyev’s government had announced on August 2nd that travel from Armenia to Nagorno-Karabakh should be done through this new route.
The beginning of this route is from the south of the current point in the territory of Armenia and it crosses the Lachin to Shusha route only once at an intersection and goes north. Azerbaijan wants a checkpoint in this region. Nagorno-Karabakh authorities have not yet built the six kilometers that are under their control. Also, Armenia does not have a proper road to use the new route.

According to Armenian media reports, on Friday, August 5, in the border village of Kornidzor, Armenia is constructing and repairing the 12-kilometer long road, which can be used within the next year.

Azerbaijani news circles claim that Armenia wants to delay the evacuation of Lachin by delaying the construction of the new route. Nagorno-Karabakh human rights activist Gagham Estepayan stated that one of the reasons for the recent conflict between the two sides was Azerbaijan’s demand and Armenia’s refusal.

Capture of another height by Azerbaijan

The Azerbaijani army has captured the mount Buzdukh in the contact lines between Kalbajar and northwestern Nagorno-Karabakh. This mountain is located in the north of Cherektar village and seven kilometers north of Dadivank Monastery. This mountain with a height of 2374 meters is considered a strategic point.

Armenian sources in Nagorno-Karabakh claim that the occupation of this mount was done with the collusion of Russian peacekeeping forces.