Latest Updates on Daraa 10 July 2018; Liberation of Hajanah Base in South Daraa City 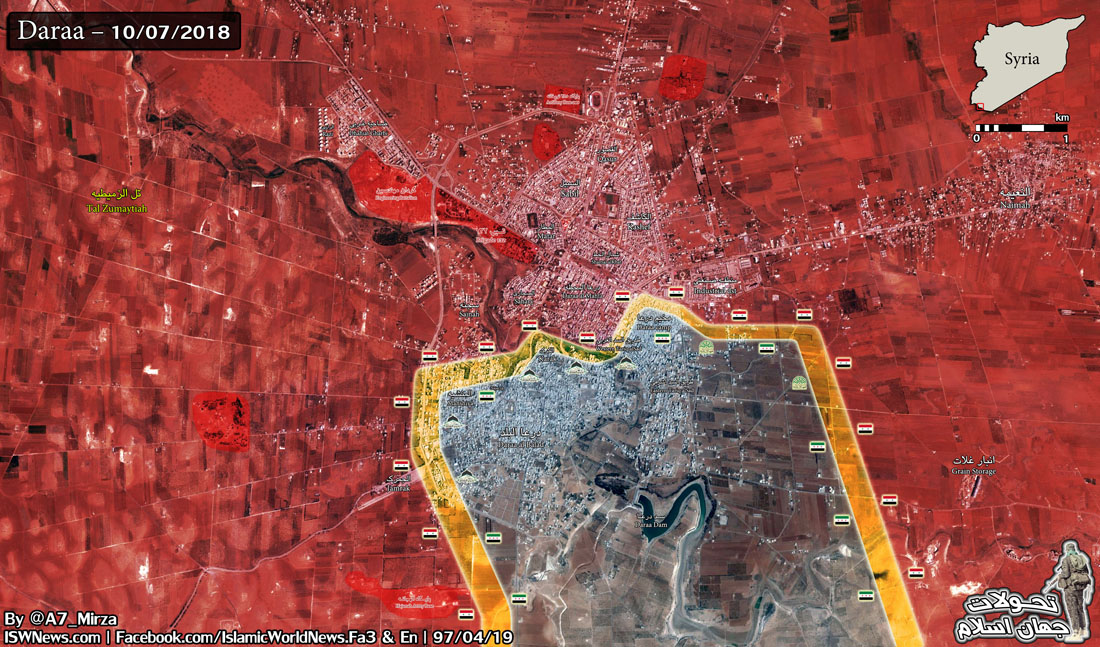 Islamic World News Analysis Group: Following Syrian Army advances in south Syria and liberation of Hajanah army base and al-Jamrak area, the militants siege inside the city of Dara tightened.

Yesterday the Syrian Army managed to advance on border and with liberation of several points, all the southern borders of the country came under the SAA control.

So in this advances two new points were liberated, namely the Hajanah military base and the al-Jamrak area located south of the city of Daraa.

Right now the reconciliation talks between government and militants delegations inside Daraa city for evacuation of the area continue.

It should be noted that the government forces retreated from Nassib village because of the agreements and high likely in near future the militants of this part of Daraa will be transferred to northern Syria and Idlib province.