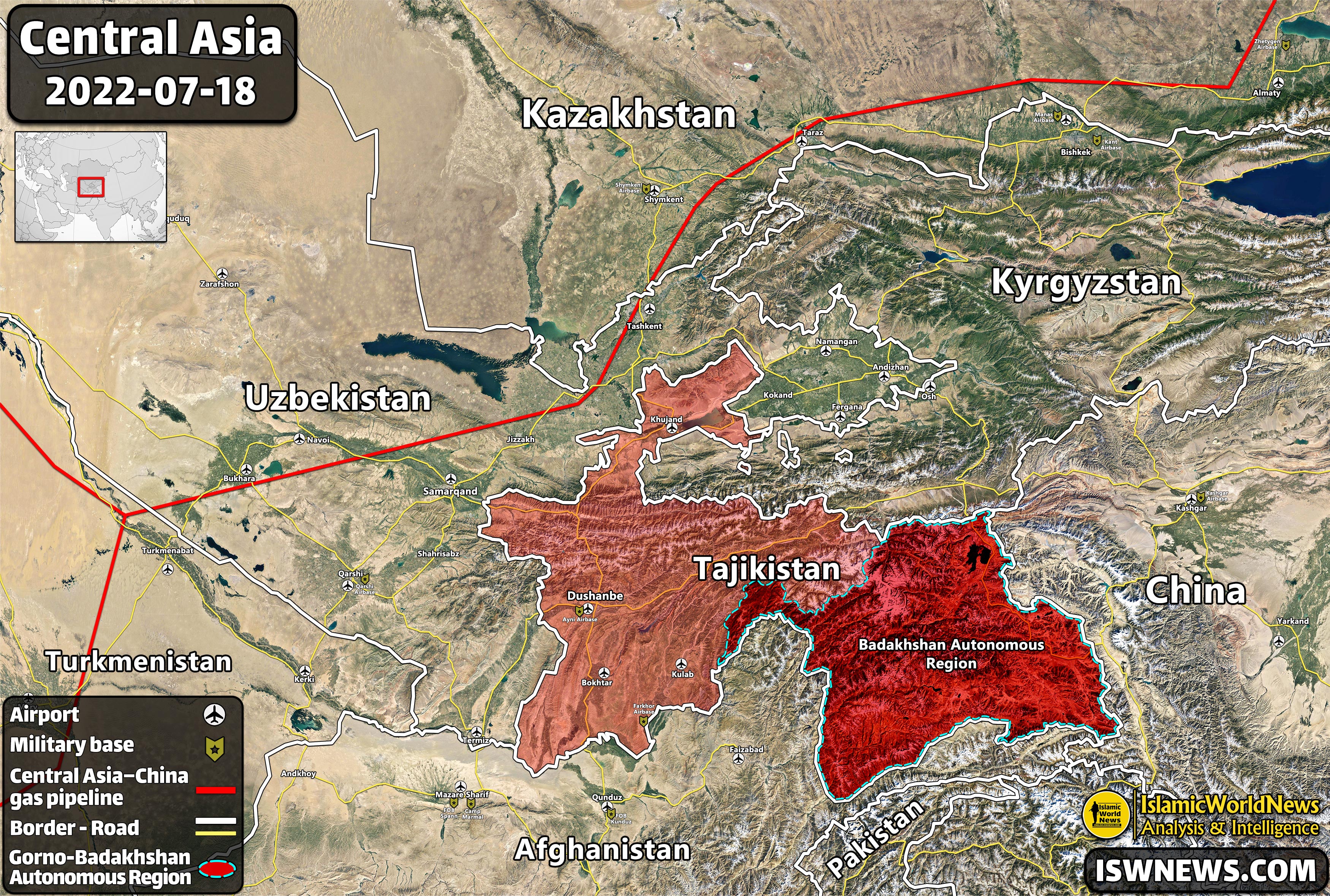 The US-Tajikistan relations have entered a higher level of military and security cooperation after the change of government in Afghanistan and the recent unrest in Central Asian countries. Now it seems the US intends to create new bases in Central Asia by increasing military and security assistance to Emomali Rahmon’s government and cultural influence in Tajik society.

After the collapse of the Soviet Union, diplomatic relations between Tajikistan and the United States began on February 14, 1992, with the opening of the US embassy in Dushanbe. Now the US ambassador to Tajikistan is Manuel P. Micaller Jr. that has replaced the former US ambassador, John Mark Pommersheim, since March 15, 2019. The Embassy of Tajikistan in Washington also started working in 2002 and the ambassador of this country in the US is “Hamralizoda Farrukh Mahmud”.

The basis of two decades of political relations is based on cooperation in the field of fighting terrorism, preventing drug trafficking, commercial and economic agreements, etc., but these relations have taken on a military and security aspect in recent months, and the US has gained a stronger presence in Tajikistan.
The root of this can be found in the developments of the last year in the Central Asia region and the world. The withdrawal of the US from Afghanistan and the rise of the Taliban, the war between Russia and Ukraine, the expansion of relations between China and Iran with the countries of Central Asia, etc. are among the reasons that have forced the US to make more efforts to increase its influence in Tajikistan. In this regard, the United States has brought its political, military and cultural advisors and representatives into the field and has put extensive programs on the agenda of Tajikistan.

The main US programs in Tajikistan can be categorized as follows:

1- Political and military:
During the last year, the number of visits and meetings of “Thomas West”, the special representative of the United States for Afghanistan, “Donald Low”, the assistant secretary of the United States of America, and General “Michael Kurilla”, the commander of United States Central Command with the authorities of Tajikistan have increased dramatically.
According to US officials, these meetings were centered around the security issues of Central Asia, especially Afghanistan, the strengthening and construction of border posts in Tajikistan, and the protests of the autonomous province of Badakhshan. In addition to these, important issues such as handing over weapons transferred from Afghanistan to the Tajik army, US intelligence-security use of Tajik border bases, immigration to US, military training, etc. have been considered.

In an interview with Radio Liberty Tajikistan, Donald Low says about the construction of border posts: “We are waiting for the completion of the new project for the construction of a border post in Chaldovar region. Of course, in the issue of border checkpoints, the US has completed other projects, but the Chaldovar project was the largest project, and the other projects were for handing over and transferring military facilities and equipment to the border guard forces of Tajikistan.”
It should be noted that this base is located in the Chaldovar area, located south of the border town of Aiwaj, and its reconstruction operations were entrusted to US military companies by the Tajik government with the financing of the US Drug Enforcement Administration in 2020.

According to General Kurilla’s statements, since the beginning of political relations with Tajikistan, the United States has provided more than 330 million dollars in financial aid to Tajikistan in the field of security, of which the provision of RQ-20 Puma drones worth 20 million dollars was the largest part.

Another issue that has been highlighted in the field of military cooperation between the two countries is the fighter jets and helicopters of the Afghan army, which fled to Tajikistan during the fall of the previous Afghan government. In their meetings with the Tajik authorities, the US officials have promised to hand over these aircraft to the Tajik army, but in return, the US had demands from Tajikistan, the details of which are not clear.

2- Cultural:
The US non-governmental organizations (NGOs) have been able to create a special social footholds among the people of Tajikistan in the form of humanitarian aid and through human information intelligence (HUMINT) methods. In addition to recruiting and identifying scientific elites, these organizations have identified Afghan refugees and Russian-affiliated people and expanded their intelligence network by granting immigration visas to America, financial aid, holding educational, artistic programs, etc.

Unlike Tajikistan, Kyrgyzstan and Uzbekistan’s relations with the United States have not changed much after the fall of the Afghan government. Kyrgyzstan is still unhappy with the US military withdrawal from the Manas Air Base in 2014, and due to the US’s secret support for Kyrgyzstan’s unrest, Kyrgyzstan has not welcomed the Americans in military and security issues. To the extent that no Kyrgyz official came to meet General Kurilla’s recent trip to Manas Airbase!
Despite receiving military aid from the United States, Uzbekistan has aslo declared its policy to be neutral and has declared that it will not allow the construction of a military base and the deployment of foreign troops on its territory.

In general, the Americans have been able to create a new and strong footholds for themselves by establishing warm relations with the officials of Rahmon’s government and deeply examining the needs of the people of Tajikistan. Despite the fact that US has not succeeded in establishing a military base in Tajikistan, their political-intelligence network has expanded in Tajikistan, and this means they have succeeded in penetrating Tajikistan without sensitizing the Tajiks’ main partner, Russia. Tajikistan shares more than 1,400 kilometers of common border with Afghanistan and has a lot in common with this country in terms of ethnic and religious composition. Therefore, in order to continue to control and play a role in the developments of Afghanistan and Central Asia, the United States firstly needs Tajikistan and secondly Uzbekistan, Kyrgyzstan, Pakistan and Turkmenistan.

Read more:
Reviewing the consequences of the conflict between Eastern and Western powers in Central Asia
Joint military exercises of Tajikistan and the United States in Central Asia