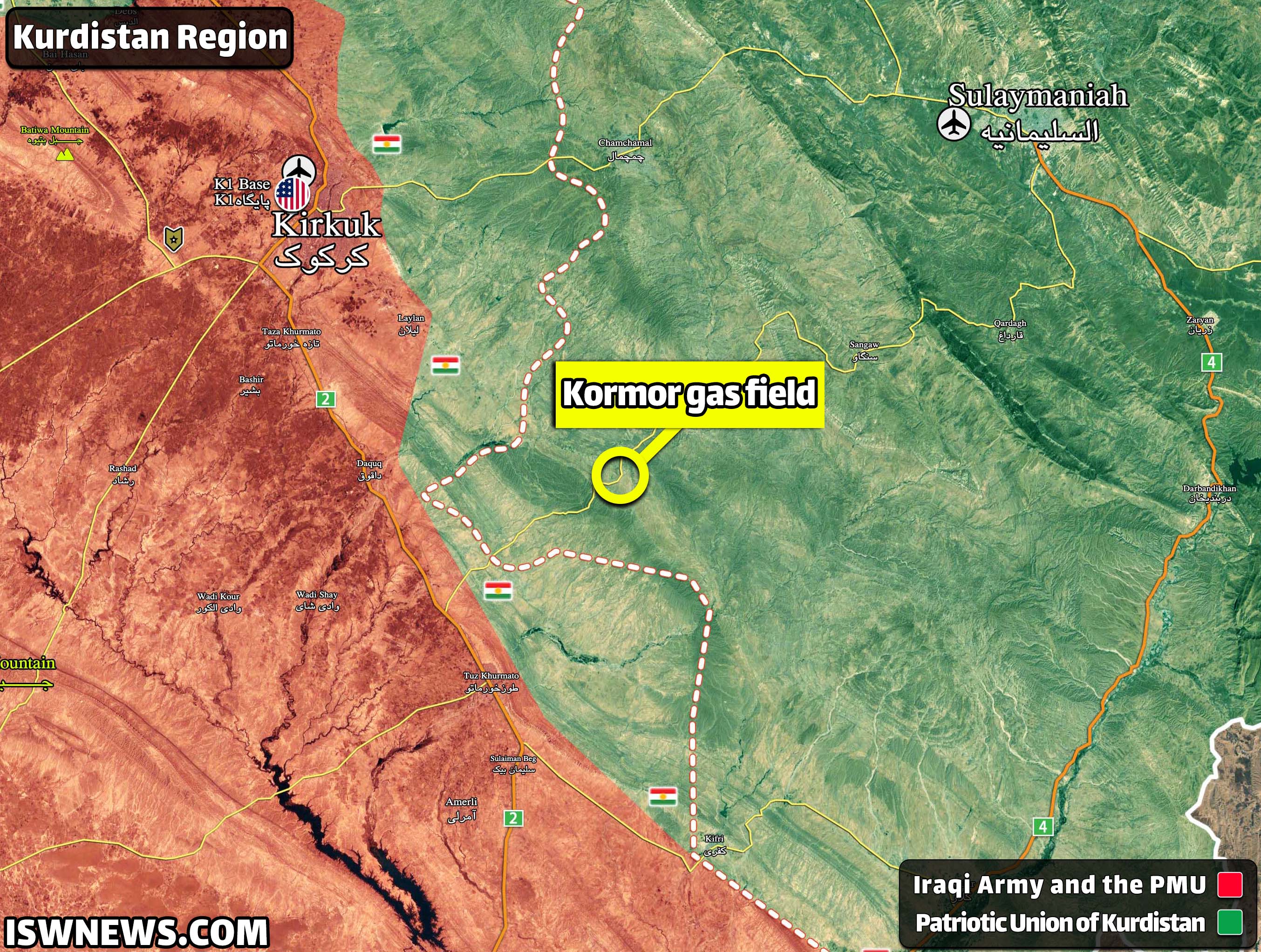 ISWNews Analysis Group: A rocket attack on the Kormor gas field in Chachmal region, which is under the management of the Emirates Dana Gas Company, was neutralized by the security forces of the Kurdistan Region of Iraq.

The security forces of the Kurdistan Region of Iraq discovered several rockets in the Qadir Karam area ready to fire at the Kormor gas field and prevented the attack. No further details have been released in this regard.

It is worth mentioning that Kormor gas field in Sulaymaniyah province of Iraq was targeted by rocket attack by unknown groups on June 22, 24 and 25 of this year.