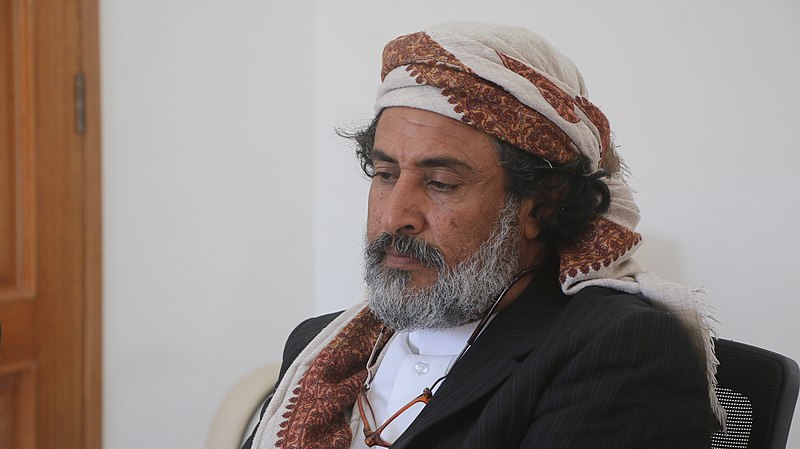 ISWNews Analysis Group: In a strong statement, the Islah Party opposed the order of the Yemen Presidential Council to dismiss Sheikh Amin Al-Akimi, the governor of Hadi’s government for Al-Jawf province.

1- On October 13, the Saudi Arabian delegation met with a number of prisoners of the Saudi coalition in Sana’a. Citing this news, local sources claimed that Ansar Allah and Saudi Arabia held a prisoner exchange negotiation in the city.

2- On October 9, Hans Grundberg, the UN envoy for Yemen, announced the continuation of negotiations and efforts to extend the ceasefire.

3- Al-Jawf:
– The Saudi-backed Yemeni presidential council dismissed Sheikh Amin Al-Akimi, the governor of the resigned government Mansour Hadi for Al-Jawf, from his position by issuing a decree.
– The Islah Party announced its opposition to the removal of Sheikh Amin Al-Akimi by publishing a statement and confirmed his arrest in Saudi Arabia since a year ago. It should be noted that Sheikh Amin Al-Akimi, among the staunch opponents of Ansar Allah and one of the elders of the pro-Saudi coalition tribes in Al-Jawf, was captured by Ansar Allah during the battles east of Al-Hazm city, but was released by the pardon of Sayyed Abdul Malik Badr al-Din al-Houthi, the leader of the Yemeni revolution, and went to the areas under the control of the coalition.

4- Abyan:
Due to a bomb explosion on the way of the armed convoy of the Southern Transitional Council in Modhyah district, seven STC members were killed and two others were wounded. The militants of Islah Party or al-Qaeda group are the main culprits of this attack.

6- Taiz:
Following the arrest of four members of the Al-Mashawalah tribe by the forces loyal to Tariq Saleh in Al-Wazeiyah district, an armed conflict took place between the parties in Al-Ahyouq and Al-Hadhara junctions.

7- Hudaydah:
The Saudi-led coalition forces have violated the ceasefire 109 times in the last 48 hours in this province.