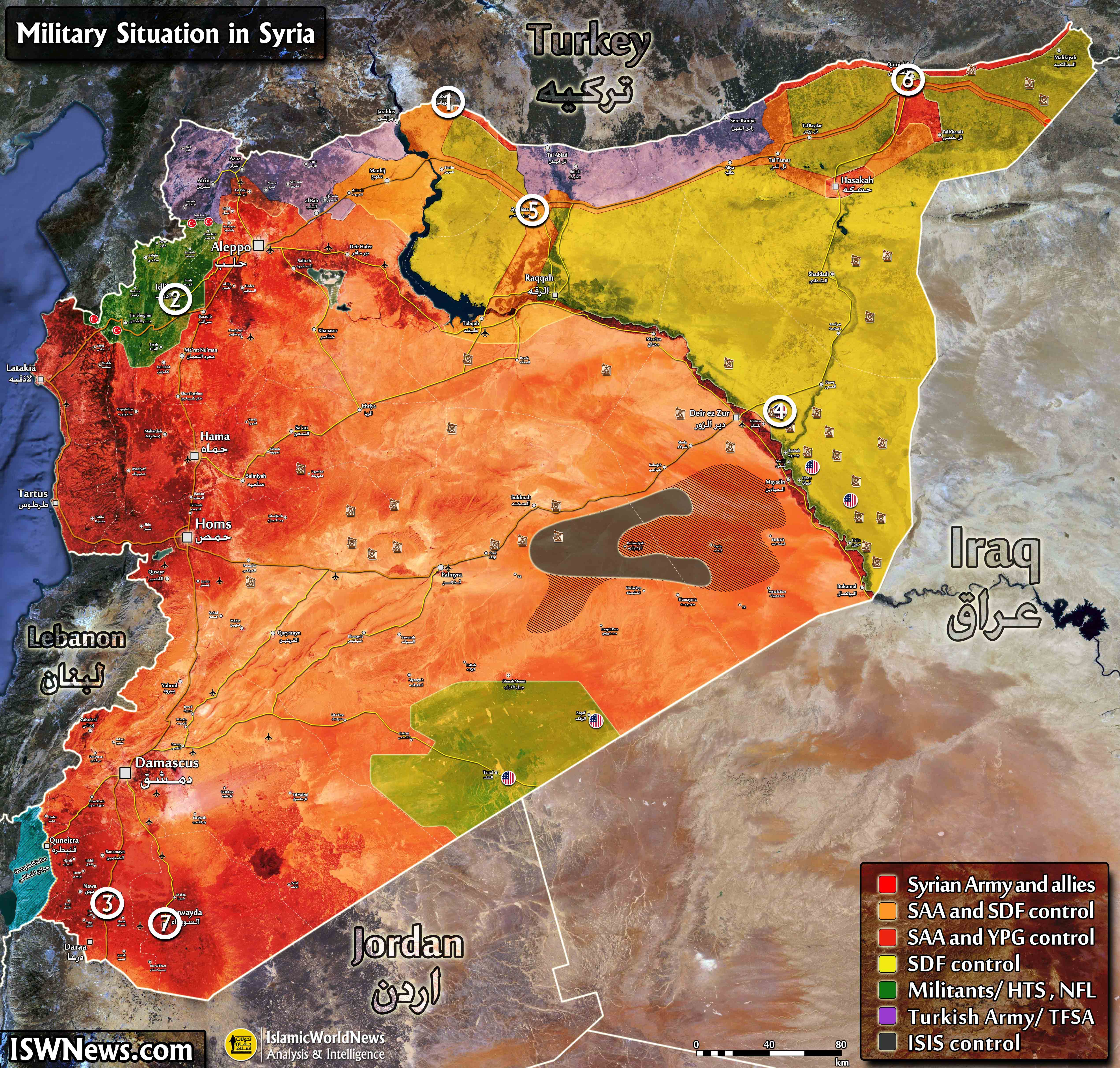 ISWNews Analysis Group: The Turkish military base in Kafarjana, located on the outskirts of Afrin, came under rocket attack by Syrian Democratic Forces (SDF).

1. Aleppo:
-On December 7, Russian military forces patrolled around the city of Ayn al-Arab.
-On December 6, Turkish military base in Kafarjana, located on the outskirts of Afrin, came under rocket attack by Syrian Democratic Forces (SDF). So far, no information has been published on the exact number of casualties and damages of this attack.

2. Idlib:
On December 4, the so-called Syrian Salvation Government (SSG) in Idlib which is under the control of the Hay’at Tahrir al-Sham (HTS) militants, announced the establishment of a police academy in the heart of the residential areas of this province. The construction of the police college in Idlib, which was carried out in the residential areas under the supervision of the Syrian Salvation Government (SSG) interior ministry, has aroused the dissatisfaction among residents of this province.

3. Daraa:
On December 6, a Syrian child was martyred and two others were injured due to a mine explosion in Qarfa.

4. Deir Ezzor:
On December 6, the US forces held an exercise at the military base located in Koniko gas factory in Deir Ezzor.

6. Hasakah:
-On December 5, a Russian helicopter carrying a Russian military delegation landed at al-Qamishli airport to meet with the top commanders of the Syrian Democratic Forces (SDF).
-On December 7, the US coalition carried out a patrol in the Rumailan area.

7. Suweyda:
On December 4, some residents of Suwayda protested against the decisions of the Syrian authorities, livelihood problems, frequent power outages, water supply and lack of fuel. In the continuation of this rally, the protesters took control of the governor’s building by storming it and resorted to violent behavior.

8. On December 5, the SDF resumed their joint operations with the American coalition after it was stopped due to the intensification of Turkish attacks.

9. On December 5, Turkish Defense Ministry announced the death of 5 Kurdish militias in the operational areas of Euphrates Shield and Olive branch.

10. On December 7, Russian Reconciliation Center for Syria announced that the militants violated the ceasefire in Idlib two times, of which one case was related to Idlib province and the other was related to Latakia.