Rocket Attack On US Base In Syria For The Second Day In A Row! 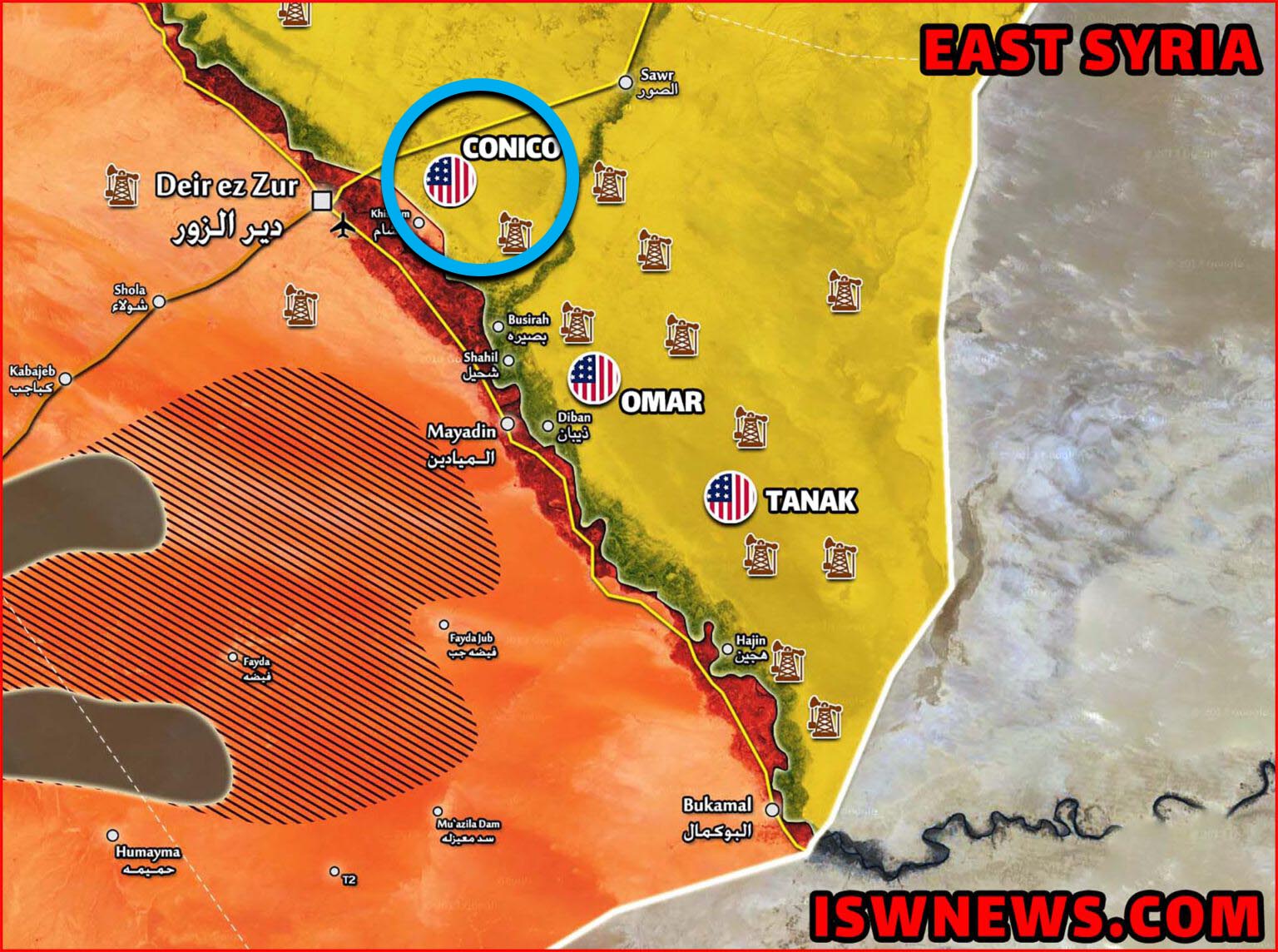 ISWNews Analysis Group: The US occupation base in CONOCO gas facility in the north of Deir Ezzor was targeted with several rockets by unknown groups.

The positions of the US coalition in CONOCO gas facilities were targeted by more than 10 rockets a few hours ago. An ISWNEWS field source reported that several ambulances arrived at this base after the rocket attack. There is no information about the damage and casualties of the attack.

The US CENTCOM confirming the attack announced that two rockets targeted US forces at CONOCO at around 9 am, local time And the attack resulted in no injury or damages to the US base.

So far, no group has claimed responsibility for the attack.

This is the second attack on the positions of the US forces in Syria in the last 48 hours and the third in the past five days. Yesterday, the US occupation base in the al-Omar oil field was targeted by several rockets.

Over the past months in 2022, the US bases in eastern Syria have experienced a number of rocket and drone attacks such the yesterday attack.

The United States and its allied forces invaded Syria in 2014 under the pretext of fighting the ISIS terrorist group. Now, a large part of Deir Ezzor, Raqqa and al-Hasakah provinces is controlled by the US forces and US-backed Kurdish Syrian Democratic Forces (SDF). Since 2015, the US command has established several military bases in the oil fields along the Euphrates River in eastern Syria with the aim of controlling Syria’s energy resources.

Syrian authorities said the years-long occupation of Syria by the United States had cost it $107.1 billion in oil and gas sector losses, referring to the occupying forces’ looting of the war-ravaged country’s rich resources.

Although the Syrian government and its allies declared the defeat of ISIS in late 2017, the US still occupies parts of the country and refuses to leave. Damascus and its allies consider the US military presence in Syria as a clear occupation, however, as usual, international organizations turn a blind eye to US actions and the looting of this country’s resources continues.