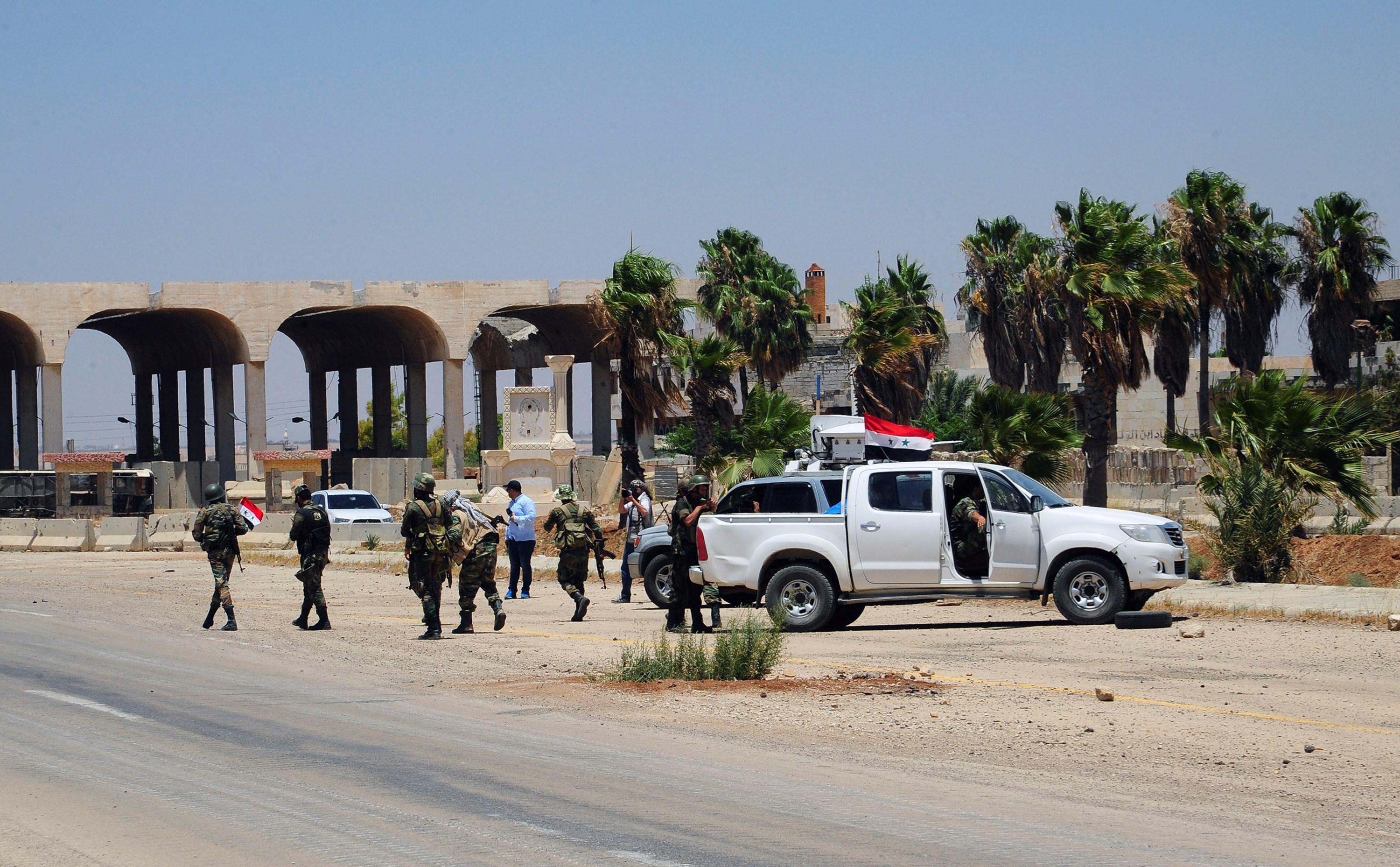 ISWNews Analysis Group – Mohammad Ali al-Shaghori, one of the commanders of the ISIS terrorist group in Daraa Governorate, was killed in a clash with the Syrian security forces in the city of Muzayrib.

At about 10 o’clock on Friday local time, the Syrian security forces raided the house of Muhammad Ali al-Shaghori also known as Abu Omar in vicinity of Al-Alaf school in the north of Muzayrib town, which led to an armed conflict with ISIS terrorists.

Al-Shaghori was killed along with two other ISIS terrorists and several others were wounded in the conflict. By all accounts, the elements were the source of insecurity and strikes against the Syrian army in Muzirib and its surrounding regions.

It is notable that Daraa Governorate experienced several security attacks on the ISIS terrorists over the recent months. At least 30 ISIS terrorists were killed in a series of security operations conducted by the Syrian army and the local armed militias in al-Sad district of Daraa city in November, and the neighborhood was totally cleared of the terrorist elements.