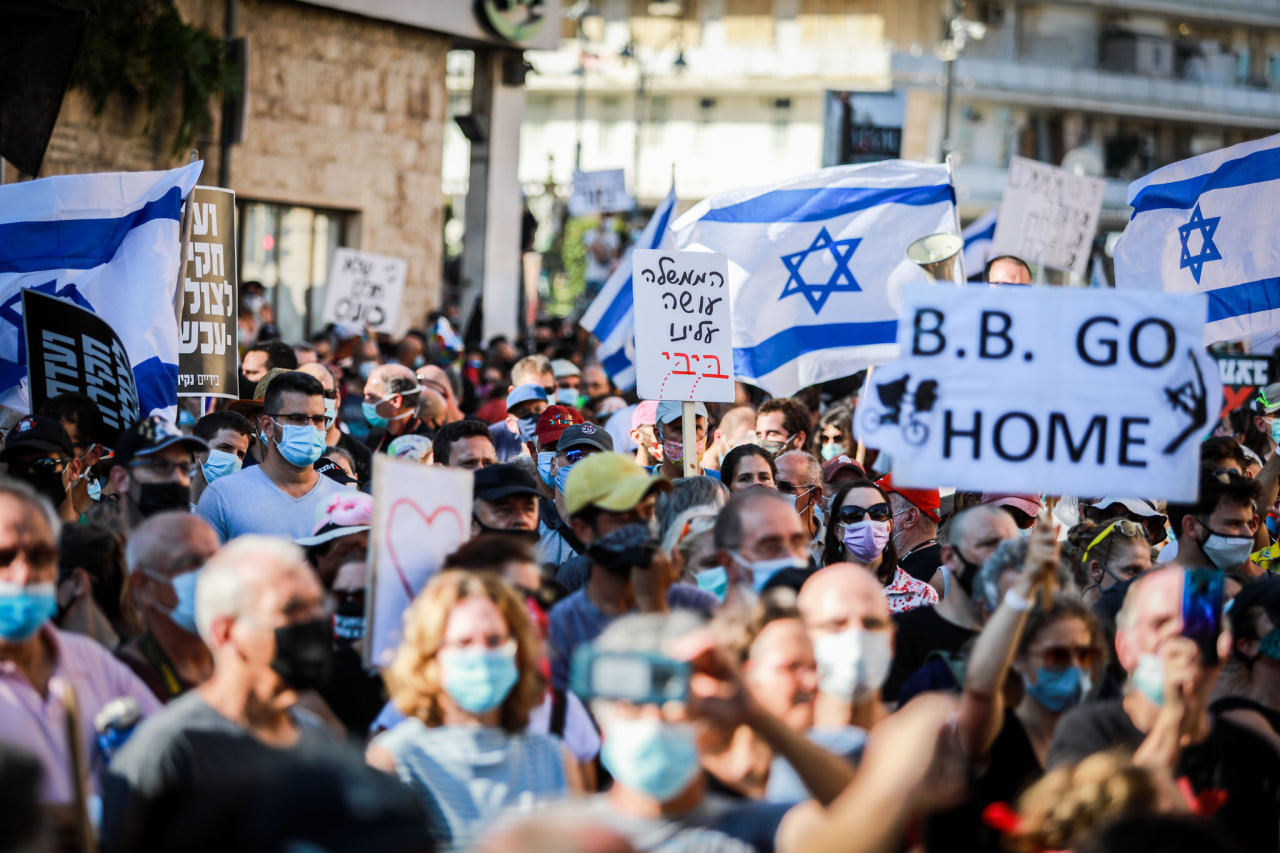 ISWNews Analysis Group – Above 100,000 Israelis held rallies in different cities of the occupied territories of Palestine to protest against the judicial reform plan proposed by Prime Minister of the Israeli regime Benjamin Netanyahu.

In recent days, the occupied territories of Palestine experienced the largest protest rallies, which were held in protest against the judicial reform program of the Israeli premier’s new cabinet, and now the rallies entered the third consecutive week.

The Israeli protestors staged rallies in several major cities of the occupied territories of Palestine, including Tel Aviv, al-Quds, Haifa and Beer Sheva, against Netanyahu’s plans last night. The protestors accused Benjamin Netanyahu of enfeebling the regime’s democratic institutions and they are of the opinion that the reforms proposed by the new Israeli government will strike a deadly blow to the independence of the judicial system of the regime.

The protests against Netanyahu and disputes among the parties of the Israeli regime intensified after the new Israeli cabinet headed by Benjamin Netanyahu offered a plan on December 5 to modify the judicial system of the regime. Apparently, the incumbent Prime Minister of the regime, who has been charged with corruption, bribery and breach of trust for years, plans to call off his trial by instigating the reform and with the support of the Minister of Justice Yariv Levin. Correspondingly, some critics of the Supreme Court criticize that the power of the entity is too much, and that all stakeholders’ viewpoints are taken into account.

In contrast, some demonstrators opine that the purpose of the reform plan is to change the immunity law targeting Knesset members, ministers and the premier in front of the parliament with the aim of preventing them facing certain risks like interrogation and trial when they still continue their time in office.

It seems to be interesting to note that some former Israeli officials, who are at present among Netanyahu’s opponents, had previously declared unprecedented rallies against the incumbent cabinet. The opponents also proclaimed that they will pour into the streets to protest against the new prime minister’s policies, which threatens the freedoms of the Israeli society!

It is noteworthy that differences among political parties, incompetency and provocations made by Netanyahu’s cabinet are three main elements, which have been slammed in the recent rallies. The differences among Israeli political factions and groups increased seriously in recent weeks, in such a manner that Israeli President Isaac Herzog assessed the disputes profound and predicted the skirmishes would lead to serious rifts in the Israeli society. Likewise, a former Israeli war minister warned about a potential civil war in the occupied lands if the incumbent cabinet of the regime continues such policies.

Nonetheless, if the measures and incidents remain, the lifespan of Netanyahu’s new cabinet, which is described as the most extreme cabinet in Israel’s history, will not last long, and perhaps the occupied territories of Palestine will witness re-election in a short period!