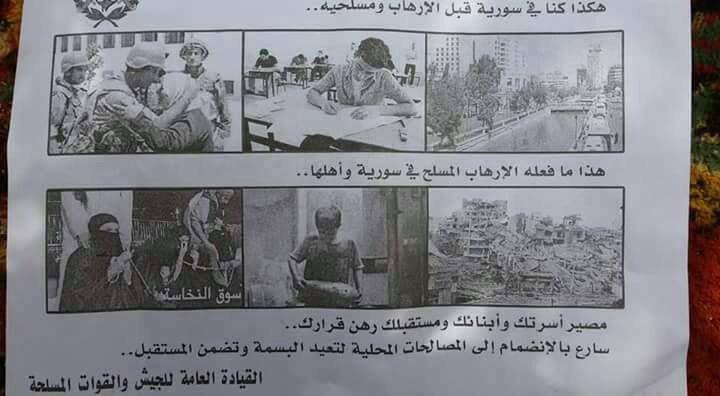 Islamic World News Analysis Group: The Syrian government by spreading announcements over the sky of Idlib demanded that the locals join the “National Reconciliations” and to come back into the arms of nation.

While sporadic battles in north of Lattakia continue and also bombardments of some of miltia’s points in countryside of Hama is still ongoing; the Syrian government with spreading announcements over Idlib’s sky, demanded locals to join the national teconciliations and to come back into the arms of nation

Regarding that the Syiran Army dispatched forces and equipment to north of Lattakia, a new massive military operation is very possible in the near future.

As it is obvious in pictures, in these announcements it is said that the battles in Syria are coming to an end, and it asks the people of the region to join the reconciliations and to drive out terrorist militas from their homeland, like others.