Negotiations between USA and Taliban! 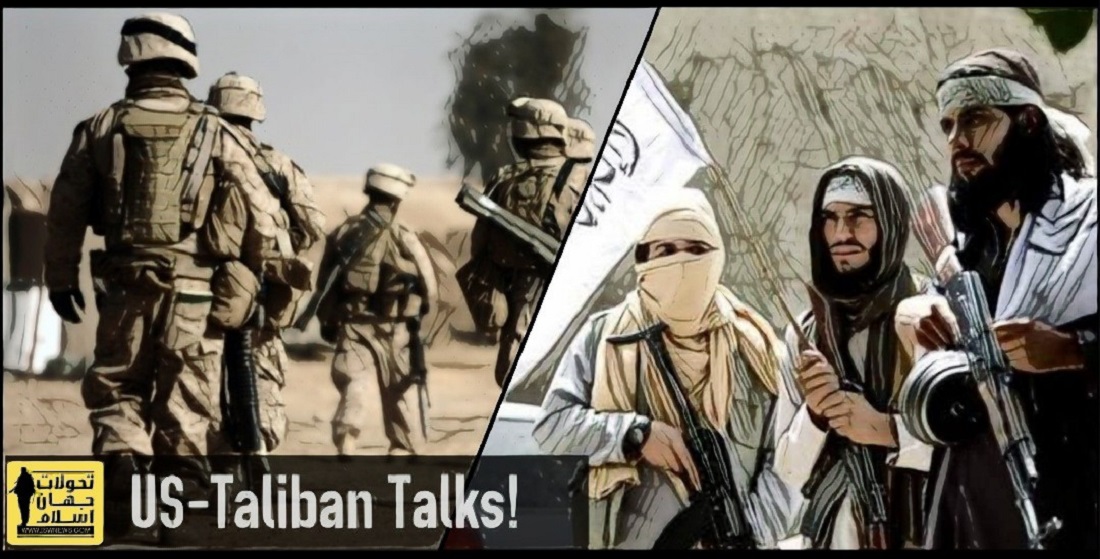 In recent days Zalmay Khalilzad, special consultant of USA in Afghanistan affairs, explained some issues regarding negotiations with Taliban, which are worthy of investigation after several months of negotiations.

His speech regarding Trump’s government stand slight change about Taliban, not emphasizing previous preconditions, USA profits and change of Pakistan behavior; show that USA is leaving a combat that is going for 17 years and no result has been achieved by them and allies.

These negotiations can be investigated from four aspects:
USA and allies:
USA and allies war against terrorism in Afghanistan after 17 years did not have any result other than death, casualties and plunder of its resources. Now Trump’s government is trying to achieve a victory between statements “preserving USA profits and power” and “fighting terrorism” to come out of the swamp of Afghanistan.

In Trump’s opinion this is not reached but only in negotiating with Taliban and to achieve it, they are putting pressure on Pakistan to concede privileges, to satisfy important politicians and mainly Pashtoon chiefs from offering unity government plan.
So far no details are released about the topics or contents of the negotiations but it could be said that USA is trying to come out of the war preserving its profits and continue its exploitation without obstacle in Afghanistan.

Taliban:
The discrepancy of ideology and opinions of Taliban chiefs that some demand the negotiations and some object them, is causing the fluctuations in Taliban’s reaction to foreign forces. Therefore reaching the conclusion for the negotiations without challenge seems very unlikely.

Afghanistan government:
Unity government of Afghanistan is trying to stabilize its authority in entire Afghanistan and Taliban the old enemy is the biggest instability factor. The current westernized government with Pashtoon support is after an agreement that increases its power at the same time satisfies and controls Taliban.

Pakistan:
After USA setting sanctions and eliminating its financial supports, different governments (specifically government of Imran Khan) have put solving Afghanistan political crisis as their top priority in foreign policies.
Pakistan does not have control over Taliban specially those present in Afghanistan but putting pressure on Taliban using their military and political levers might take effect. Therefore USA is trying to make Pakistan to enter Pakistan by cutting their financial aids and setting sanctions.
It seems if Pakistan helps with this issue, will help Pakistan in energy and trade.

Conclusion:
Some of the threats to these negotiations are extremists influence in Taliban, USA betrayal to their agreements, dependency of Afghanistan government, Pakistan security chaos and etc. seem to make these negotiations not reaching results in current Trump’s government. But anyway, its aspects can be considered with the above points.