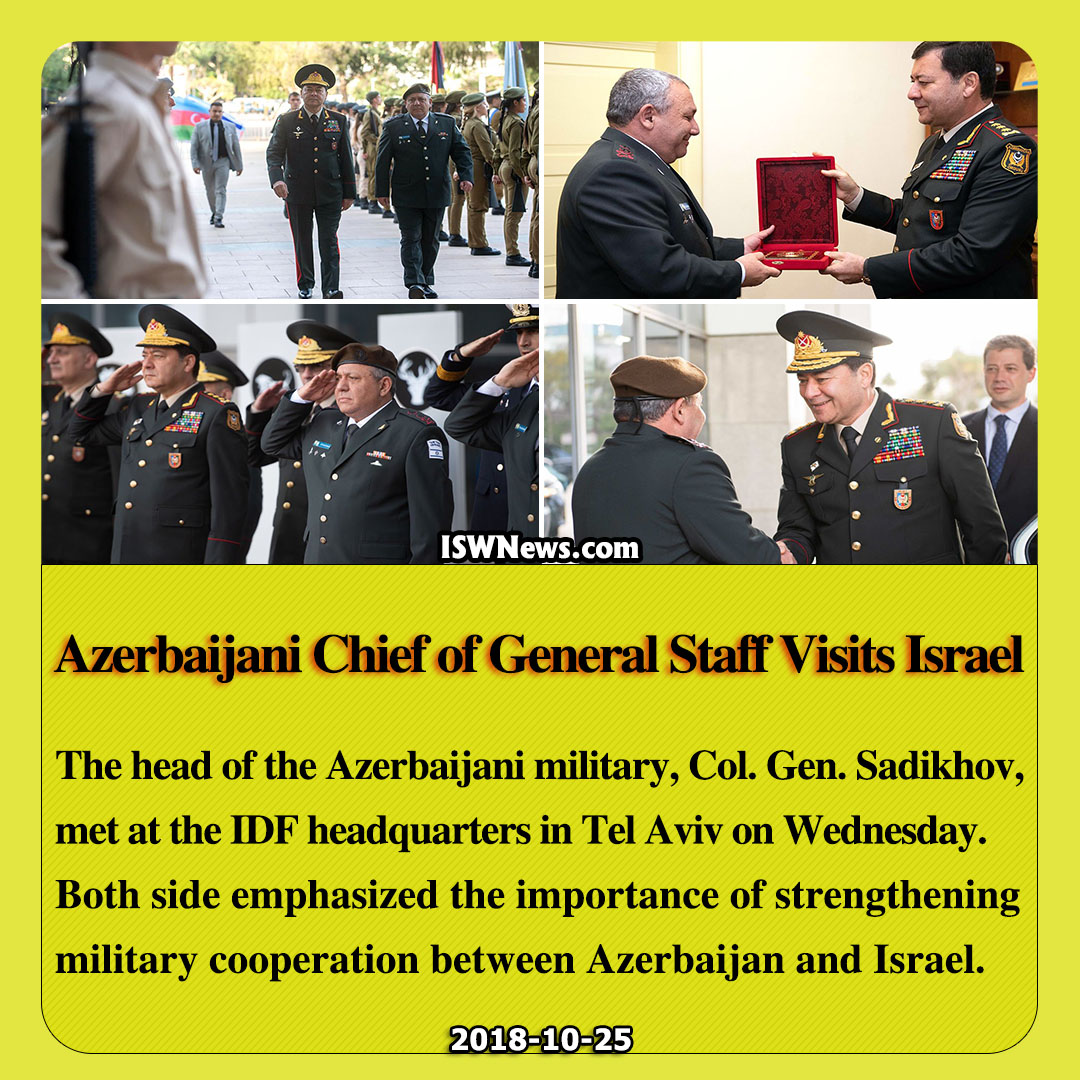 Lieutenant General G. Eisenkot greeted the guests and stressed that Israel attaches essential importance to cooperation with Azerbaijan in all areas, particularly in the military sphere.

He added that there are wide opportunities for further development of military-technical cooperation between the two countries.

On march, Azerbaijani Ambassador to the US Suleymanov called his country a “pioneer” regarding its relationship with Israel.

Azerbaijan prides itself on being one of Israel’s closest allies in the Muslim world. Diplomatic ties were established in 1992, after Azerbaijan regained independence with the collapse of the Soviet Union, and the two countries now enjoy an extensive partnership, particularly in the economic and military realms.