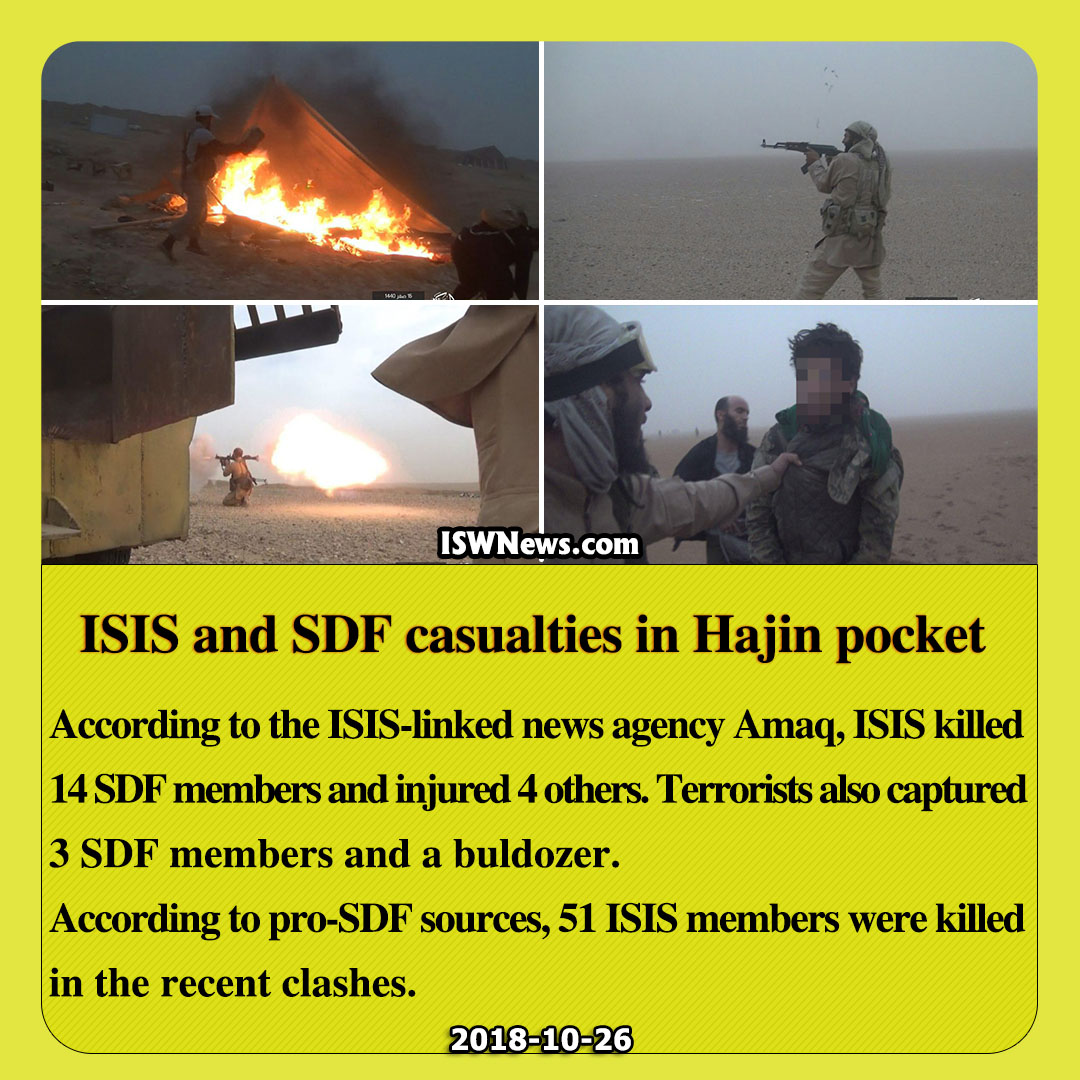 According to pro-SDF sources, 51 ISIS members were killed in the recent clashes.

Images: On October 24, ISIS attacked 8 positions of SDF in north of the town of Hajin.