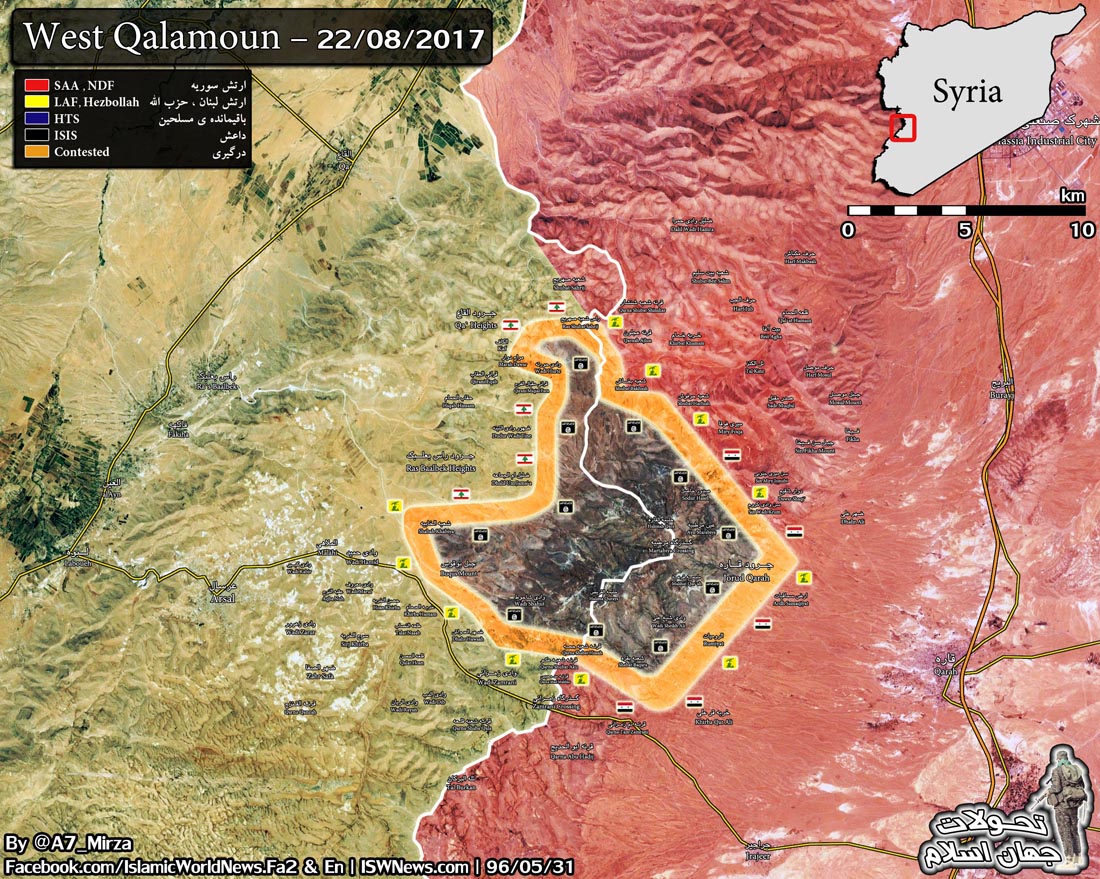 According to the news and analytics outlet of Islamic World News, resistance forces together with SAA and LAF liberated an area in northern axis of the operation, which is about 50 km2.

In 4th Day of operation in west Qalamoun, in northern axis all paths and passages connected to Jorud Al-Qa’ blocked . Onrushing in two directions, San Vadi Karum upward and Qarna al Ajloon downward, ISIS forces were ruptured within an area of 30 km2, and all passages including San Fikha and Mira were blocked to ISIS forces.
Syrian Army along with Hezballah, has made a great progress in fully cleansing Jorud Al-Qa’ by liberating Al-Kaff and surrounding hills.