Photo | Anniversary of US embassy takeover in Iran 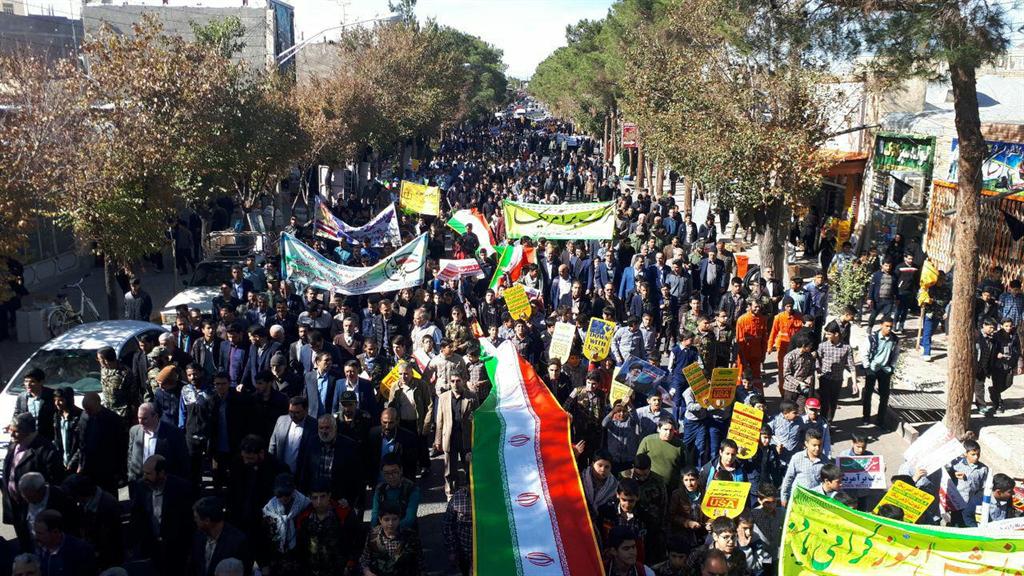 Iranians have held rallies across the country to mark the anniversary of the 1979 takeover of the US embassy in Tehran.

Demonstrators in Tehran gathered on Sunday outside the former US diplomatic mission, also known as the “Den of Espionage,” chanting slogans against the United States.

Similar rallies were held in more than 1,000 cities and towns across the vast country, with participants chanting “Death to the US”, “Death to Israel”, and “Hayhat minna az-zilla” (Never to Humiliation).

On November 4, 1979, a group of university students took over the embassy, which they believed had turned into a center of espionage, plotting to overthrow the nascent Islamic Republic, and held 52 American diplomats for 444 days.

Documents found at the mission corroborated claims by the revolutionary students that Washington had been using the compound to hatch plots against Iran.

The late founder of the Islamic Republic, Imam Khomeini, hailed the takeover as a “second revolution” after the 1979 Islamic Revolution toppled the Shah of Iran, who was a close ally of the US in Iran.

Leader of the Islamic Revolution Ayatollah Seyyed Ali Khamenei said on Saturday the US has been trying for the past 40 years to regain the domination it had over Iran under the Shah but to no avail.

A selection of photos from nationwide Sunday rallies marking the anniversary of the takeover of the US embassy in Tehran, the Iranian capital in 1979: